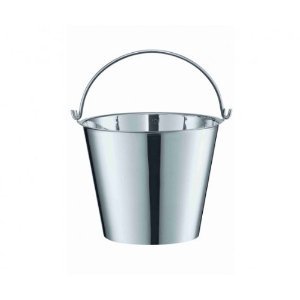 The Enticing Sheen of Intranet Continues to Fascinate

With all the social media avenues open to companies today, one would think that Intranet would be essentially dead. And yet it continues to live, and even thrive in the evolving chaos of the internet.  Top social media tools continue to be Twitter, Facebook and Linkedin, despite the more recent advance of Tumblr and Pinterest. Says Randy Milanovic, in his post The World’s 21 Most Important Social Media Sites and Apps in 2015,

” ….ever since there have been humans, we have been looking for ways to connect, network, and promote with one another – but they’ve taken on an entirely new meaning (and momentum) in the digital age. Where we used to have handshakes, word-of-mouth referrals, and stamped letters, today’s relationships are often begun and developed on LinkedIn, Google +, and Facebook.”

Certainly these foremost sites continue to have critical value, but what about Intranet? Yes, the great grandparent of the social media was first introduced in 1966 according to various indicators. The growth of social media is now mindboggling, as illustrated by the detailed diagram from SocialTimes on Twitter.

Back in the days of my corporate cloning, my former employer’s Intranet was the source for matching names to faces, job titles and department hierarchy. Fast forward to 2015 and it’s so much more than a basic upgrade to the high school yearbook. What continues to entice is Intranet – that custom-made social media tool used by companies to consolidate concepts and advance their projects. Klick Health, a Toronto based health care agency with global clout is at the forefront of this social movement.

What is it about Klick Health today that keeps it heading the pack in Intranet development? As a unique company that focuses on developing Intranet for health care companies, it’s been a phenomenal  success.  Take their own notable internal project, Genome which netted them a stack of accolades. Making Genome just look pretty was not an option. The employees’ intimate involvement in the development of the Genome was the secret to making it highly successful. Imagine a dumping company email in favor of a specifically tailored program that manages it all – project budgets, time tracking, critical processes and more.

Keeping It Fresh
Then came Acorda Therapeutics Inc. As Klick’s account, there was need to create an up-to-date health care program which resulted in Synapse. New posts, fresh, regular content, and sharp observation keeps Synapse alive. Employees, just as crazy busy as the rest of us, don’t want to be forced into yet another work demand. But the early interaction with employees was critical for the long term success of Synapse. Klick was up for the challenge of this product design and produce they did. The very content makes it entertaining and somehow irresistible, a few features including new staff introductions, workflow management, news, weather, deadlines and presentation reminders, all keeping staff refreshed and motivated to work more efficiently towards common goals.

An Insider’s View to Synapse’s Capabilities

Bright Outlook
With the awards coming fast and furious, one would think that there would be some slowing down. Not so much, as is illustrated by this recent awards list for Klick from Wikepedia:

A staggering list like this would indicate that a tailored Intranet would be in the offing for any self respecting Fortune 500 company. But what is somewhat ironic is that Klick celebrated their 15th anniversary in business by printing a book called Future 15. In using an unexpected method of delivery for their their critical observations,  trends and forecasts, they’ve managed to attract those who may not otherwise be totally online with the value of Intranet. Out of the box thinking like this is paramount to the evolution and future development. The main driver for employee involvement – the need to create joint solutions and workflow momentum  –  remains as the key to satisfying business objectives.

Lessons to take away: Intranet is continually evolving which will continue to keep it at the forefront of employee engagement. Cutting edge development and custom solutions will be means to maintaining its strengths.

To contact the author of this entry please email at: dianne@vivereltd.com

If you have concerns as to the accuracy of anything posted on this site please send your concerns to Peter Carr, Programme Director, Social Media for Business Performance, Waterloo