Title of Post: Tsu, You, and a Niche in the Future of Social Media

On August 8th, 2014, U.S. District Judge Claudia Wilken had ruled that blocking NCAA athletes from a share of revenue generated from the use of player images was in violation of anti-trust laws. The resulting court injunction issued, allowed players at big schools to have money generated by television contracts put into a trust fund to pay them when they leave. A court had determined that an individual’s image has value and individuals do have some right to share in the value derived from the commercial use of their images. Circumstances surrounding the NCAA case deal with anti-trust laws, and a specific set of individual vs. commercial interests. However, when you post your image on Facebook, Twitter, Linked In or other forms of social media, do you get paid? Do you receive compensation for the pictures, videos or content that you contribute to these same platforms? Users of social media typically do not get paid for their contributions . . . but somebody does. 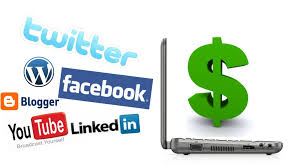 Sebastian Sobczak believes that people should be paid for the content that they produce. Just like the courts found in the NCAA case, Sobczak holds the fundamental view that, “all content creators, which is basically every social user, should receive royalties for the commercial use of their image, likeness and work”. In other words, people engaging in social media networks do the work, it is they, and not the platform network organization that should receive the majority of the rewards. Rewards in most social media platforms are based on sold advertisement that appears in the virtual space that participants view and participate in. Social media applications with the highest traffic, largest and widest population, most engaging content and most frequent repeat use are the most attractive to advertisers – this is where the money goes. All the key metrics that drive format appeal to marketers and the resulting ad revenue to media platforms, are essentially produced and driven by the media users and contributors. Sobczak connected the NCAA finding to  present social media platform models, and in response, developed a niche social network called tsu.

The social network name “tsu” may have been derived by Sobczak as an appreciation for the Japanese aesthetic, though, there may be a clever irony in the image of the Japanese symbol for tsu (ツ) when considering what the media platform is. 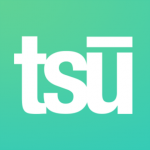 Tsu is an invite only platform where participants share photos, videos, music and other content with member friends. The core philosophy is an expressed belief in the “quality content, real ownership, and the value of one’s own network“. Members are recognized for their likeness, image and content. Tsu rewards the social activity of all users and most critically, “content creators earn fair value for all the social things they already do“. As a social media model, tsu presents a network niche of exclusivity, a notion of quality and a recognition for the value of user content in the form of payment for posts. There is a core contrast with other social media platforms (or maybe even a shot at), as Tsu users receive payment for “the social things they already do”.   ツ

The tsu model as described by CEO Sebastian Sobczak (from Fox Business):

The tsu user payment model is based on two basic components: existing users growing their online community through the invite process and direct payment for a portion of the ad revenue earned by the tsu network. If a user invites another user to join tsu and the invited user joins, the user who extended the invitation gets paid. When subsequent invitees successfully draw in new users, they get paid and so does the original builder of the “tree“. Tsu serves ads. As users post and share content, 90% of all ad revenue is distributed across the user base as follows: 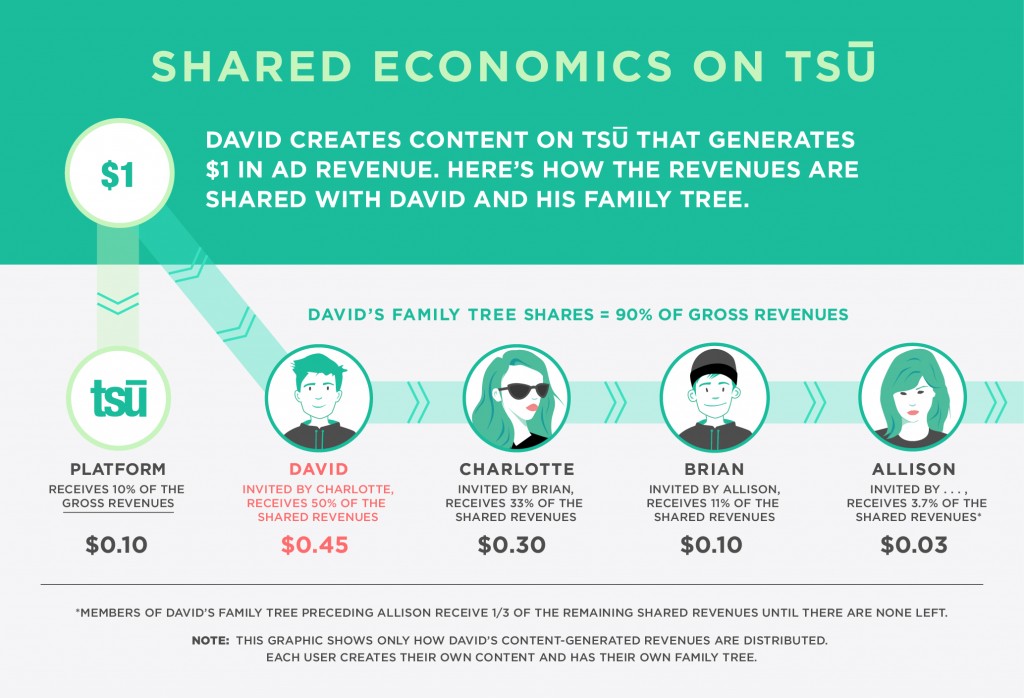 Tsu’s social platform represents an emergent trend as a form of counter development to the larger social media networks – perhaps the tsu social network is a social reactionary network. There are other similar new social platforms that pay users for their content. Similar user paid platforms include: bubblews, bonzo me and bitlanders. Networks like tsu and other like platforms are a form of counter social media. The seemingly egalitarian nature of the pay-for-content social model does pose some intrinsic challenges. For example, those who have amassed a large following on other social media platforms may have the easiest time getting paid as they transfer their community to the alternative models. However, tsu is representative of the future of social media; a niche platform,  focused on social-ecosystem influencers and a value-for-content paradigm that more sophisticated social media users will be attracted to.

2. Business has to identify, understand and develop strategies to get their message to members of niche social networks.

3. There is a growing user cynicism of the larger social networks in respect to contributed content and the distribution of resulting value.

Submitted By: Paul Baumgartner University of Waterloo, SMBP
To contact the author of this entry please email at: pbaumgar@uwaterloo.ca