Title:  To Steeze or not to Steeze?

As someone with an interest in both entrepreneurship and app-development, Asad had already launched his first app-development company, xRaze Inc,  by the time he was introduced to the CEO of Steeze, Ryan Bogle, through a friend, in his search for ‘something bigger and more fulfilling.’

Steeze was a new app idea to rival Pinterest and Instagram, as well as Tinder, and Asad, along with Shahan Rizvi, the current COO of Steeze, joined the project and began prototyping. Business development came through the help of appropriate mentors and through hired developers the product begun to take shape. Asad’s entry into a new and innovative entrepreneurship program at the University of Baltimore during this time helped him and Steeze ‘tap into a whole new network and gain access to resources that helped us get this project out of it’s beta phase.’ 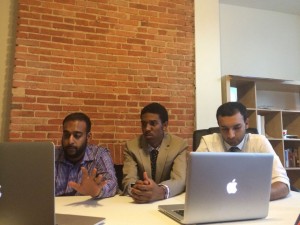 Once the working prototype was in place, personal connections helped to gather the initial funding needed to bring the project to fruition. A celebrated sneaker artist, Romtheworld, was brought on to design the app, and Steeze v1.0 was officially launched into the AppStore in August 2014.

However, Steeze was to undergo a drastic change.

Though it began as a social media app, Steeze only stayed as such for six months. A decision was made at this point to change Steeze into a GIF-making app. As Asad confirmed in an email interview, tweaking one’s original business plan this much isn’t easy, and Steeze’s executives did not take the move lightly. 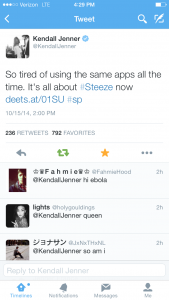 After the release of Steeze v2.0, feedback was collected and analytics reviewed. The Steeze team found that the app’s primary feature was not being utilized as intended, other features weren’t being utilized at all, and it was unsure about the speed and amount of traction the app was getting. Proper, in-depth research and market analyses were carried out before the Steeze team once again hit the drawing board. As Asad says, ‘the changing social media landscape was a critical part of that decision.’ The decision was made to immediately enact changes to simplify and make more user-friendly the app as a priority, in line with what had been gleaned from the research and analysis.

Several brainstorming sessions later, options were narrowed down, and after several consultations within the team, with mentors, and with active users Steeze 3.0 (the current version), was developed and released into the AppStore.

The future of social media 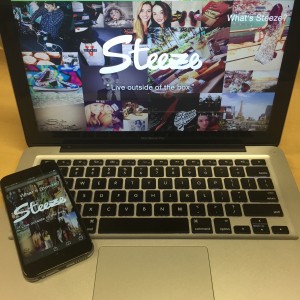 Asad says that most successful businesses do have some sort of social media presence. He says social media is definitely here to stay in the business world, but the question of how it is going to evolve is vital. While more people come online daily, businesses must adapt themselves to this influx to remain competitive. This relationship, then, between business and social media is one of interdependency, which Asad says will only increase as time passes. He says, ‘social media is still a relatively young industry, and there is plenty of room for innovation.’

Innovation is the key word, because as the market saturates, more niche social media networks will undoubtedly come to the fore. That said, Asad does not feel the more traditional social media platforms, such as Facebook and Twitter, that still dominate, will be seeing a replacement of their market share for the foreseeable future.

‘Social good’ and the Internet of Things

Asad, speaking about the ‘Internet of Things,’ said that integration is on its way, and will bring with it both pros and cons. While the advance of technology will give birth to further innovations, rules to regulate these will always be stuck in a game of catch-up. Nevertheless, as everyone adapts to this new reality, integration will be inevitable. Asad says that ‘the difficult part is controlling the consumption of social media, and maintaining a respectable level of privacy. Hopefully we will get better at this over time.’
On the legitimate concern of how such integration will and does influence society, ‘social good,’ Asad says it all depends on what the individual makes of it: ‘…distracting or educational. Helpful or dangerous.’

One of the biggest benefits of social media has been that of education, Asad feels; answers to an infinite range of questions are now at our fingertips.

Social media used as entertainment can be negative, according to Asad, but can also provide a vital service vis-à-vis journalism, cultural transmission, discussion of a range of opinions and gaining feedback. The biggest advantage for business of social media will remain the reality that going digital is cost effective. Asad says, thought, that while we sacrifice the nostalgia associated with the ‘old days’ in the name of tradition… these values associated with the old ways are opinions held more widely by today’s consumers rather than producers.’

Steeze 3.0 has been out for nearly a year, and in this process, Asad and his team have worked hard at developing a social media strategy for the future, as ‘we see the value in its potential for user growth and sales.’ Steeze’s social media presence will always be essential on two levels. Firstly, consumers engage with the app first hand. Secondly, the word of mouth will and continues to contribute to the growth of an existing network, established at Steeze’s foundation. Accessibility for user feedback through social media is invaluable to Steeze’s social media strategy going forward. Even for communication with more distant team members, Asad says Steeze remains open to switching to ever more efficient ways to achieve this, be it through social media or otherwise. 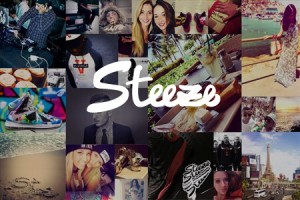 -While the pull of innovation on social media is attractive, it is important to re-evaluate one’s impact. As Steeze found, a drastic change was needed when it realized its existence as a social media platform itself was not working. The move to what would work after proper research was a commendable move, while still ensuring the vital connection to the world of social media.

-In a continually changing social media landscape, it is those businesses with the courage to take risks by innovating, and venturing out into untouched fields that are likely to succeed. As soon as the Steeze team felt what they were doing wasn’t working, and because of their sense of a changing social media world, they acted and changed directions towards what they believe works.

-As a business, it is important to know where one stands on an increasingly interconnected world. With integration set to grow, knowledge of a business’ redlines, advantages, disadvantages of such integration is vital to the contribution of the greater ‘social good.’ Businesses with a moral compass are well placed to positively influence a world attracted to quick integration at all costs versus slower, measured, and regulated integration. 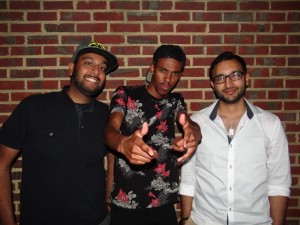