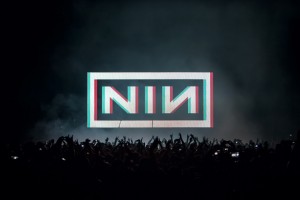 Nine Inch Nails frontman Trent Reznor has been ahead of the social media curve for a long time. He has offered his fans free downloads of entire albums (Ghosts I-IV), encourages fans to remix NIN songs and post them, and has maintained a strong social media presence on Facebook (3.56M likes), Instagram (116K followers), Tumblr and Twitter (1.8M followers).

The first full-length NIN album, Pretty Hate Machine, was released in 1989 – a quarter century ago. Since that time, the band has continually evolved their sound and approach, cultivating a very loyal fan base and acquiring high-profile friends in the film industry. Two notables in that respect include quirky director David Lynch, who directed the seizure-inducing (for photo-sensitive epileptics) lead-off single from 2013’s Hesitation Marks.

Reznor’s contributions to film stretch beyond friendships, with roles as soundtrack curator on Lynch’s Lost Highway, and as soundtrack scorer on three David Fincher films. For the first Fincher film, The Social Network, Reznor’s work with longtime collaborator Atticus Ross paid off with an Oscar win for The Social Network soundtrack. Since then, the duo has scored music for The Girl with the Dragon Tattoo (featuring an industrialized cover of Led Zeppelin’s The Immigrant Song) and, most recently, Gone Girl.

Their next collaboration is purported to be a rock opera version of the movie Fight Club.

A NIN show is creative, high-energy, and intense. For official fans, the band offers codes for advance ticket sales with show-related benefits like early entry and access to premium seats. 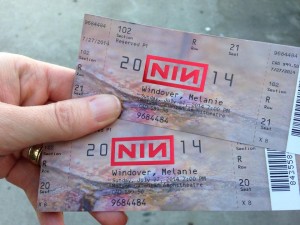 nin.com is a compass pointing in all directions to music, merch and the many social media channels where the fan experience can come to life. A quick click leads to iTunes, Amazon, Beats Music, Spotify, Soundcloud – NIN is everywhere.

Beyond merchandising and music sharing, the social experience can get very personal with NIN. Andrew Youssef was a music writer/photographer/superfan who wrote a column for OC Weekly about his battle with cancer. Reznor noticed Youssef’s column, “Last Shot,” and invited the NIN fan to a show in Los Angeles and to the band’s rehearsals. In one of his column’s Youssef wrote: 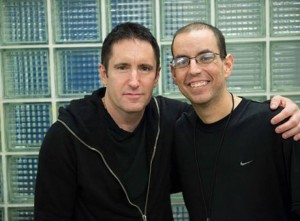 “The way I decompress is by reliving some of my favorite moments. Flying to San Francisco to see Nine Inch Nails at Outside Lands and seeing them again at the Troubadour definitely qualify as top moments and had me at peace, realizing I could live with the fact I might not be able to see them on Nov. 8 at Staples Center.”

Although Youssef would not be able to make that show, Reznor brought the show to Youssef on November 16, 2013. How? Through the magic of Facetime.

“Remove all Flash from your website. Remove all stupid intros and load-times. MAKE IT SIMPLE TO NAVIGATE AND EASY TO FIND AND HEAR MUSIC (but don’t autoplay). Constantly update your site with content – pictures, blogs, whatever. Give people a reason to return to your site all the time. Put up a bulletin board and start a community. Engage your fans (with caution!) Make cheap videos. Film yourself talking. Play shows. Make interesting things. Get a Twitter account. Be interesting. Be real. Submit your music to blogs that may be interested. NEVER CHASE TRENDS. Utilize the multitude of tools available to you for very little cost of any – Flickr / YouTube / Vimeo / SoundCloud / Twitter etc.”

Although targeted to aspiring musicians, its message around presence and authenticity are valid for all audiences and industries.

2. Personal connections are at the core of social media – building networks between colleagues, contemporaries and consumers. Authentic relationships are its past, present and future.

3. Don’t fear the future, be a part of it. Own it. Social media can be your friend, as long as you don’t try to control it or fake it. Those without credibility can be subject to epic hashtag treatment. See: #AskBobby. Or, if you’re lucky, you might even wind up the subject of an unimaginable mashup: