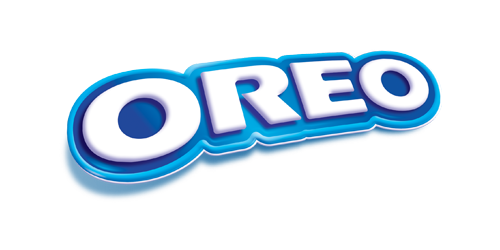 Oreo over the past few years has dominated the social media marketing field with a variety of different campaigns. I will be highlighting a few of them to better understand the use of Social Media Marketing. As highlighted below you will see how innovative Oreo has been but also that the techniques used are rather simple and easy to replicate and learn from.

Over the past few years, Oreo has hit more than a couple social media home runs. Their tweet during the Super Bowl, the 100-day “Daily Twist” Facebook campaign, and the “Cookie Vs. Cream” videos on YouTube, demonstrated Oreo’s success of social media.

During the 2013 Super Bowl there was a power outage in the Superdome in New Orleans where the game was being played. The game came to a halt and the millions of viewers were left in the dark. The blackout lasted 34 minutes. Oreo decided to take advantage of this mishap and tweeted this: 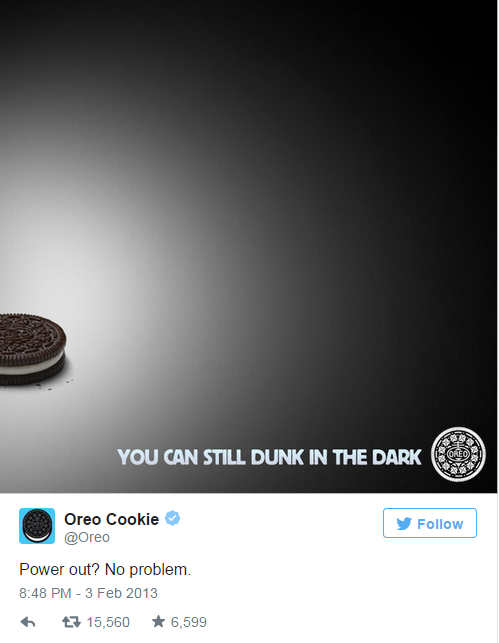 The ad generated more than 16,000 retweets and was seen by tens of thousands on Twitter. The media had a field day with the tweet, calling it one of the best Super Bowl ads from that years game. The Washington Post, The Wall Street Journal, and dozens of other publications wrote articles about it.

Oreo decided from June 25-Oct 2 2012 to release a new image every day commemorating something that happened on that particular day. On October 2nd, an Oreo was shown with a high five, representing the anniversary of the first high five. On July 30, a cookie is shown with a piece slice cut out of it, reflecting national cheesecake day. You can see them all here.

Oreo’s ‘Cookie vs. Cream’ videos were created more as a humorous way to promote the brand. The videos were uploaded to Oreo’s YouTube account. The videos shows a fictional machine that is designed to separate the cookie from the cream filling. The first video from this ad campaign shows a separator created by physicist David Neevel, and in three weeks it received over 4 million views.

Oreo went on to produce three more videos featuring creative separator machines. The four videos have been seen over 5 million times and have generated thousands of comments.

The campaigns listed above demonstrate how effective a brand can be using Social Media.

1. Be Timely and Topical

Making sure your company is on the mark regarding current events and piggybacking on them can generate a lot of buzz for your brand. Using current affairs properly together with your brand message will garner additional attention from media and customers alike. You can gain more recognition and customers who may not have been aware of your brand before.

Consistency and frequency played a big role in the success of both the Super Bowl tweet and the Daily Twist campaign.

The Daily Twist campaign is a perfect example of this. Customer knew that each day a new image would be uploaded, bringing them back to the site and keeping them engaged with the brand.

All of Oreo’s social media campaigns have relatively high quality graphics. The company takes its time with regards to their creative output and it shows. The Super Bowl image was nicely designed and had a clear tagline making it easy to understand.

With the Daily Twist campaign, Oreo designed 100 different cookies to release a new one each day. The campaign was so simple, just show people a new picture of a cookie every single day for 100 days. The simplicity paired with the exciting visual element in these social media campaigns made them easy for viewers to understand and share.

Social Media is meant to be a fun place to explore and leave your normal life for a minute. All of the campaigns listed above are meant to brighten up peoples days. By keeping posts and tweets upbeat and light, it allows viewers to enjoy and smile when they come across them.