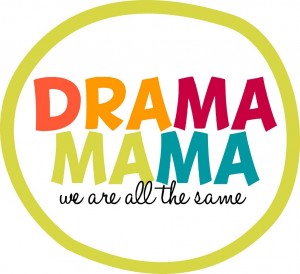 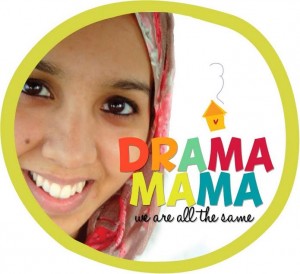 ‘Drama Mama’, as a brand, and its founder, Hiba Masood, are part of a wide variety of initiatives. Hiba is active on Facebook with her writing, and has also written op-eds in the past for a reputable Pakistani English-language newspaper.

Hiba also provides book consultancy to the Pakistani bookstore chain Liberty Books. This entails recommending children’s books and writing reviews; all of her recommended titles are prominently placed in Liberty Books’ bookstores with the Drama Mama logo-sticker on the cover. 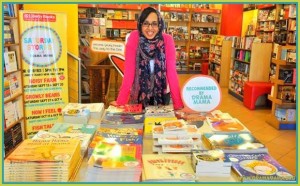 The hardworking mother of three also hosts story time events at organizations across Pakistan such as schools, hospitals, educational centres and NGOs that focus on special needs. She has also been part of an initiative to encourage Urdu-language story-telling in places like the UAE. 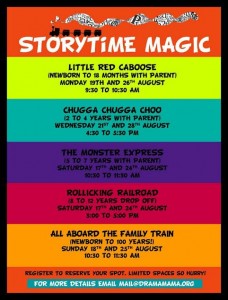 Hiba, who home-schools her own children, also runs creative writing camps for older children as well as music and movement classes for little kids out of her own center in the Pakistani port city of Karachi. 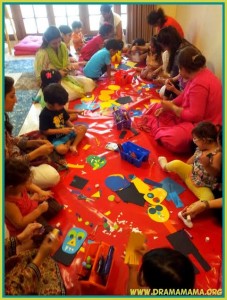 Among the many projects Drama Mama is part of is motivational speeches for women’s events. Significantly, Hiba spoke at the Google Business Group Women in Karachi, formed to digitally empower women, in June 2014 about her experience of expanding her brand through Facebook. 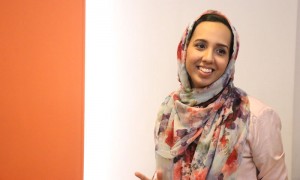 Hiba Masood is also in the process of having a children’s story published. As she proudly said in an email interview, ‘So as you can see, there is a bunch of different things going on – the unifying theme is women, children, happiness.’

Hiba started her Facebook page as a medium through which she could relay what she saw as ‘the funny and strange side of motherhood.’ As the attention she got for her writing grew, her Facebook page transitioned into writings about ‘life in general,’ concentrating on the many issues important to her such as ‘homeschooling, alternative styles of learning, children’s literature, creativity as a conduit towards inner peace, gratitude, women’s rights and being kind to each other and ourselves.’ 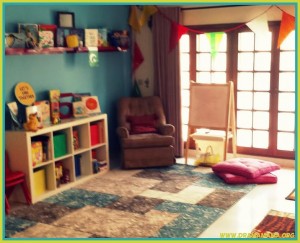 She says that ‘growth and exposure happened organically,’ while crediting Facebook for digitally connecting people across the world with what interests them. As someone who prides herself on her writing skills, she wants to be known for writing ‘to uplift, encourage, support’ and being a ‘balm to all hurting people of the world.’ Hiba says Facebook has been vital in reaching these people, and continues to be so.

As many a business has found, spreading yourself too thin on social media is a recipe for disaster. Drama Mama thus, took a careful approach to its social media existence, by concentrating on Facebook only, for now. There is the obvious ease of putting all efforts into doing one thing right, which is an aspect that is that much more important for Hiba as a mother of three young children, whom she also home-schools. In fact, Hiba says that even managing a website is too much for her, as there isn’t time available to learn how to manage and run it properly. As a writer, she finds Facebook the ideal social media platform to be able to easily get her written words out. 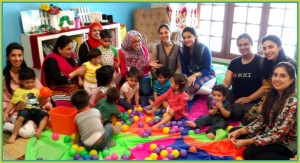 She is honest about having well-wishers telling her things like: ‘Website or you don’t exist! Twitter or you’re not current! Instagram for real life interaction! To me this is just noise. I don’t want to be a blogger or a social media savant. I’m a writer. I write. Facebook is the easiest place to do that.’

With the success she has already had, and with her future looking bright, it is hard to argue that her approach to her brand’s social media presence is not working.

While the Drama Mama brand is still fairly new, Hiba has already experienced success, magnified through her social media presence. In fact, the DM brand has grown to an extent that Hiba has received offers from different organizations to become a representative or ambassador for them. She has however turned them all down (except of course Liberty Books, for which she does book consultancy), and in explaining this, she says:

‘I am really choosy with who I associate with because it has to be genuine to my values and what I write about. This is probably a really poor marketing strategy, but I believe in the intersection of money and divinity in a more spiritual way. I will form partnerships with whoever clicks and until then: no compromises.’ 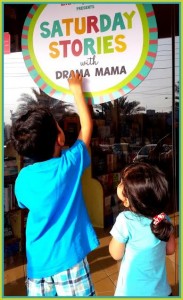 On how to measure marketing success with Liberty Books, for example, Hiba says, ‘I have no concrete way of knowing this but I assume as long as they are interested in having me on board as a consultant, it is worth their while. My readers get to know which books I like and I get to bring those books to them…its win win.’

Example of storytelling sessions in Urdu at Liberty Books:

A marketing strategy for the future

Hiba says that ‘Success, in purely business terms, would be that my word is good enough for my readers. That when I vouch for something – a book, a class, a product – they will spend on it, no questions asked.’

She prides herself on staying true to her values, and going forward, the integrity of the Drama Mama brand will always remain important to her. She does not feel that spreading out beyond Facebook is her calling for now, yet that is not something out of the question at some point in the future. She does not want to ‘over reach’ or ‘settle,’ both of which are traps that many fall into on social media. 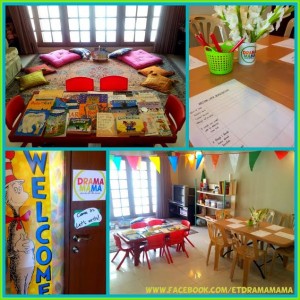 In Hiba’s own final words, ‘For now, I intend to keep writing and keep connecting and keep building. When I have something to sell, the right customers will come at the right time. If you build it, they will come… its what I hear, in my mother’s voice, all the time. I’m building right now. They will come when they’re ready.’

-Drama Mama’s success is, in large part, because of Hiba’s acceptance of her limits on how much she can handle. For small businesses and brands such as her own, who do not have the resources of large corporations, it’s vital to keep marketing online limited to that which can be practically handled. Reputation, consistency, and quality is everything, as Hiba surely has come to appreciate.

-For each brand, the image created in social media users’ minds is the very crux of the matter when it comes to marketing, especially through social media. This can only be preserved if one is picky about what goes up on social media sites. Not all social media posts should actually go up, and Hiba, as the one who ensures quality control on her Facebook page, keeps this in mind as she does post online. This is a lesson for all: quality over quantity in online marketing.

-For many, all publicity is good publicity. However, when it comes to marketing online, especially for those like Drama Mama, this does not ring true. In fact, because of her need to ensure integrity and her values, both of which have attracted so many to her brand, for Hiba this is the opposite. Cooperating with others online to grow one’s business, at all costs, is often a step too far. Slow, measured growth, versus the desire to grow exponentially fast is a comparison worth studying. 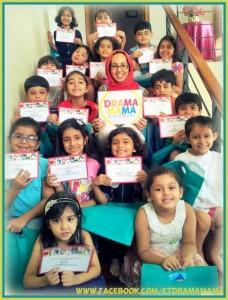