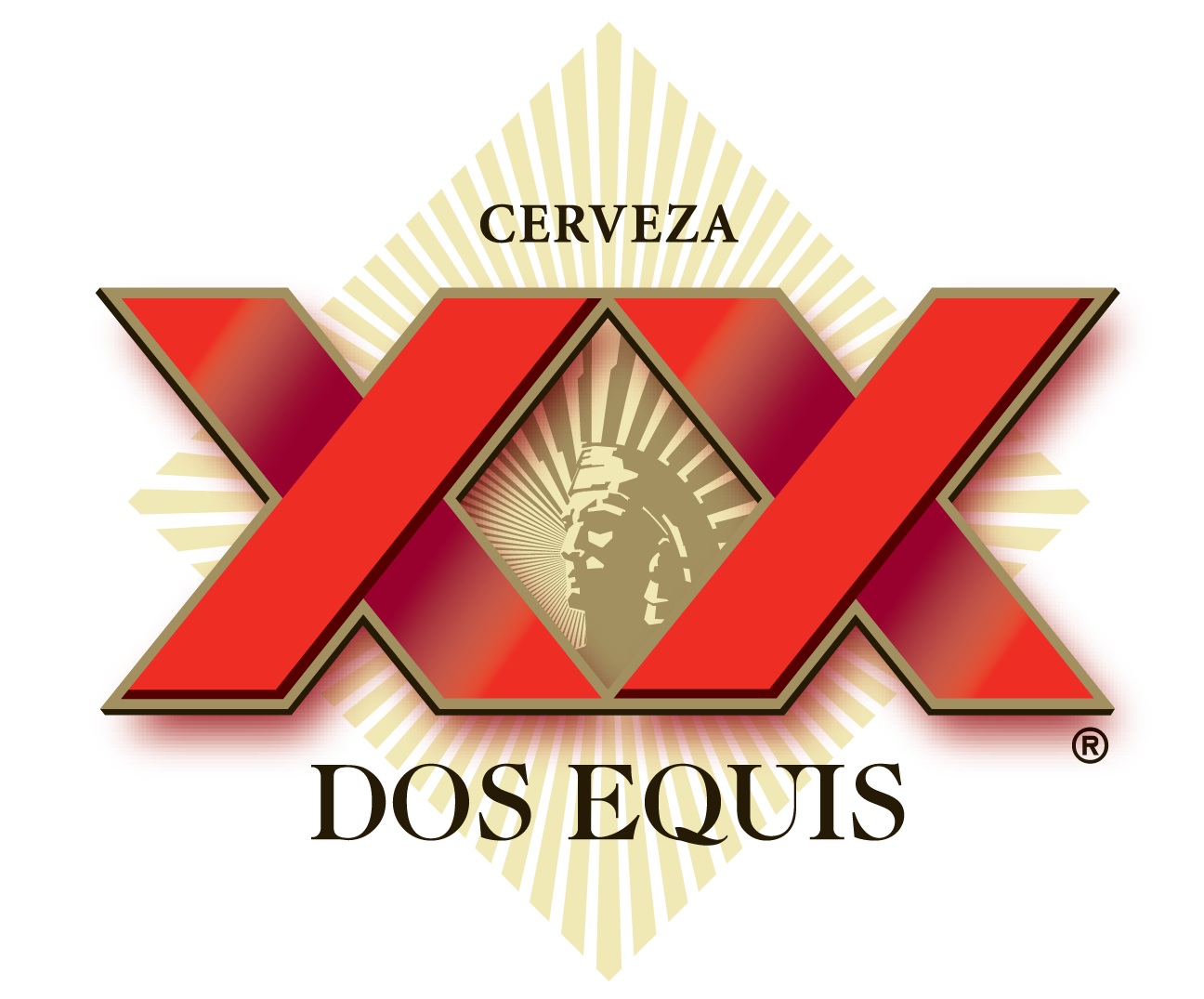 Dos Equis began in 1894 when Wilhelm Hasse made the 7,000 mile journey from Germany to Mexico to live his dream of brewing a world class beer. He made that dream a reality at the Cuauhtémoc Moctezuma Brewery, now a subsidiary of Heineken International.  The lager was originally called Siglo XX, meaning Twentieth Century, to commemorate the arrival of the new Century. As the bottles were marked with XX (the Roman numeral for 20), it became known as Dos Equis, meaning two X’s.

In 2007, ‘The World’s Most Interesting Man’ was born. Created by marketing firm Euro RSCG, now known as Havas Worldwide, the ads feature an older, worldly, debonair protagonist at a time when most beer campaigns featured hot women and fast cars. Dos Equis was looking to break the mold. They discovered that “more than anything else, [drinkers] really wanted to be seen as interesting by their friends,” said Senior Brand Director Paul Smailes.

So instead of going with the young, popular, party animal featured in most of their competition’s commercials, they went older, classier, and more interesting. “The logic was that the target of young men would not see him as a threat or as a reminder of accomplishments they hadn’t achieved yet,’ Mr. Smailes said. “He needed to be someone to work toward, vs. a mirror of themselves.” (Ad Age).

‘The Most Interesting Man in the World’ was a hit – turning what was once a low-profile beer sold mainly in Texas and California into the 6th largest imported beer in 2015. Now it was time to take the successful campaign to social media. 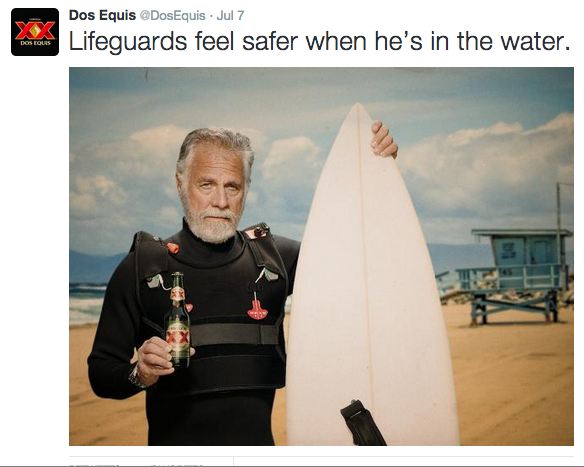 How to make social media interesting, and keep your friends thirsty

When the leap to social media was made, Dos Equis knew they had to maintain the characteristics that had made the initial campaign such a success, namely the brand’s counter culture approach to beer category advertising, the use of a memorable character and intelligent humour.

Dos Equis uses their Facebook profile as both a research tool and marketing channel. Their interact with their more than 2.9 Million Facebook followers by asking their opinions and creating programs off of them. For example, in 2011 Dos Equis built a seemingly endless series of contests for its Facebook community called “The League of the Most Interesting”. The contests were in 7 categories including charisma, vitality, intellect and nerve. Each challenge was the perfect combination of quirky and masculine, much like the “Legend Lines” spouted about the ‘Most Interesting Man’. Some were doable, like seeing who could grow the best facial hair or talk to a complete stranger for the longest at an event. 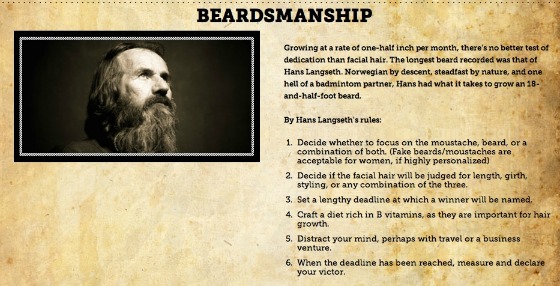 Others, like waking a sleeping bear, were meant to be a joke.

Competitors were given rewards, medals and positions on a leader board that they could brag about. 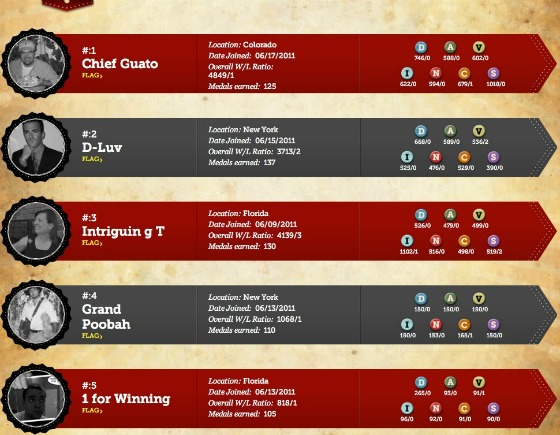 Everyday on Facebook followers post their own ‘Legend Lines’, often with praise from the company for those truly exceptional lines the Man of Mystery himself would be proud of.  In fact, in March of 2012 Dos Equis created another Facebook contest call “The Most Interesting March Tournament”. Colin Westcott-Pitt, VP Marketing, described it as, “Fans will be able to submit their original Most Interesting Man line for tournament spots and fill out their own bracket for a chance to earn recognition from the brand and interesting prizes. For six days – all exclusively on Facebook – our fan community can engage in live voting and commenting, ultimately determining the victorious line.” (Forbes) 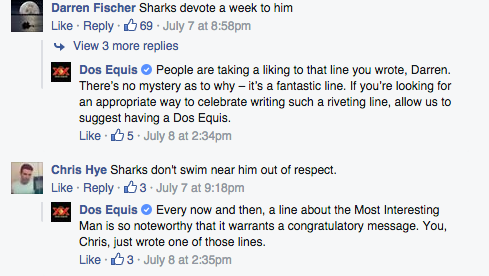 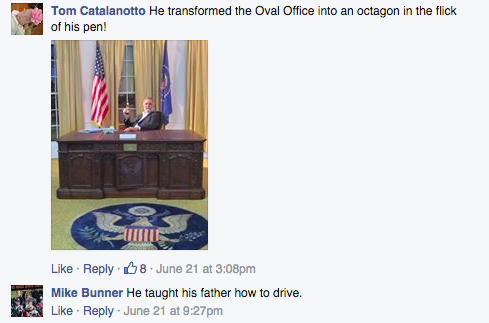 As for Twitter, Dos Equis is careful to always stay true to their brand – you may see the brand tweeting about activations or promotions, but under no circumstances would the Most Interesting Man be doing it. Many posts are kept topical, focusing on holidays or events, while others are simply meant to embody the spirt and charisma of the Most Interesting Man in the World. 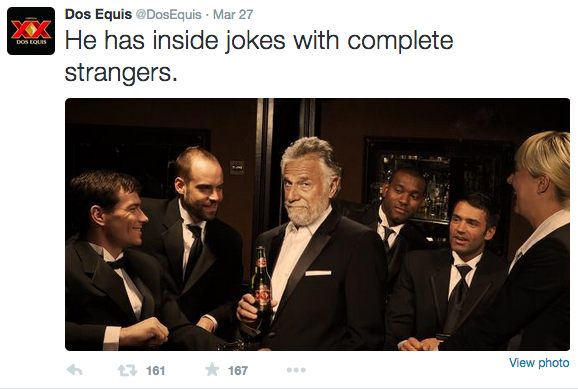 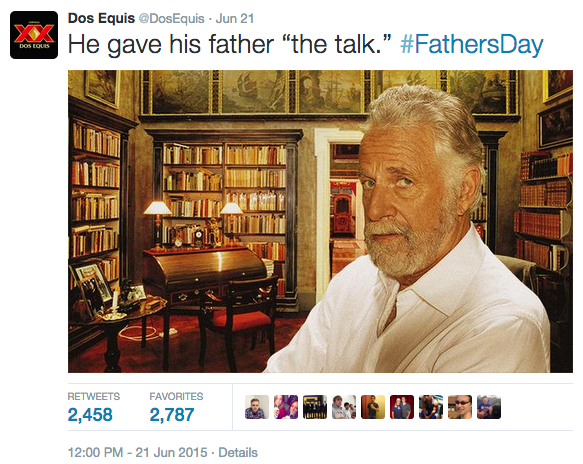 When it comes to social media, Dos Equis believes that it is best to keep a smaller focus. When you stretch your brand too thin, your content can become watered down – which is just as detrimental to a pint of beer as it is a brand. “What’s been extremely valuable and successful for Dos Equis has been focusing on one medium really well. All of our initiatives – online and offline – make it really easy and clear for our fans as everything drives to the Facebook page.” – Colin Westcott-Pitt, Forbes.

The first thing I believe we learn from Dos Equis is the importance of a fresh idea. By all accounts, the beer was failing in the highly competitive market until the brand was smart enough, and brave enough, to go against the status quo. By introducing the charming, charismatic Most Interesting Man in the World, an advertising star was born and the once failing company began to thrive.

The second thing we learn is to stay true to this brand. The Most Interesting Man in the world is someone young beer drinkers can aspire to be – worldly, intelligent, and magnetic. By making sure these qualities and characteristics are include in all promotional materials they create humorous and witty lines begging to be memorized and repeated by consumers.

Thirdly, is to keep it simple. Although they are active on many platform (Twitter, Instagram, YouTube) their main focus is Facebook. All their initiatives, both online and off, drive you to the Facebook page, ensuring their message doesn’t become spread too thin.

And finally, just to make you smile, The 100 Most Interesting Man in the World Quotes.

To contact the author of this entry please email: caitlinbrookbanks@gmail.com