Title of Post: Cadbury’s Fling With Social Media Measures Up To TV

Can an organization demonstrate a return on social media investment? Mondelez International found the answer in their U.K. campaign to refresh product demand and increase top-line revenue of their Cadbury brand Creme Egg. In early 2013, Mondelez launched a multi-channel campaign to reach 16-24 year olds through a heavy focus on Facebook, but also included TV, video on demand, digital and outdoor medias. The multi-channel approach yielded success, though the measurement itself, drew meaningful comparisons of the sales impact derived from each channel. Mondelez was successful in isolating and quantifying the business impact of the various channels. Consumers loved their “Fling With a Cream Egg” while the Mondelez case helped to crack the code of effective social media ROI measurement.

Return On Investment and Attribution Modelling

The 2014 Social Media Marketing Industry report (Social Media Examiner) survey indicates that 97% of businesses surveyed use some form of social media marketing. Only 37% of those surveyed reported being able to measure ROI in respect to social media investment. Two fundamental components of measurement; cost and return associated with developing a social media platform, continues to be elusive to organizations and their marketers. Here’s where Attribution Modelling can help. Generally defined, Attribution Modelling is, “the science of using advanced analytics to allocate proportional credit to each marketing touch point across all online and off-line channels, leading to a desired customer action” (Forbes 2014). In considering ROI, a key “proportional credit” can be assigned to the social media component of the marking channel mix.

“Have a Fling with a Creme Egg” 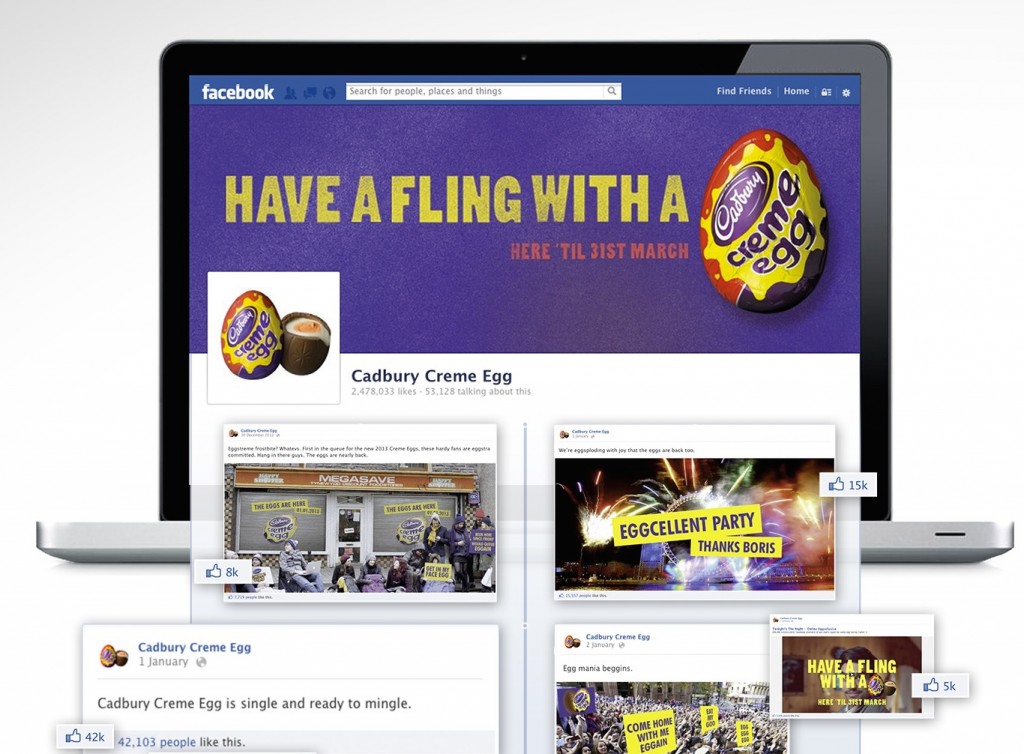 U.K. sales of Cadbury single Creme Eggs where down in 2011 and 2012. As 2013 approached, Mondelez recognized the need to bolster the Creme Egg brand back into the leading position of primary Easter confectionary – within the limited January to March annual sales season. The main campaign messages, targeting the key 16 to 24 year-old brand target, where that the Creme Eggs where “Back” but only for a limited season. Channels included TV, outdoor, video on demand, web media and most significantly; Facebook. Facebook’s U.K. user base includes six million 16 to 24 year olds (over 80% of all of this age group in the U.K.) and 75% of these Facebook interactions are via mobile. The Facebook strategy was to publish several small pieces of content under the somewhat romantically charged “Have a Fling with a Creme Egg” theme. Mondelez continuously monitored their content, identified the highest engagement scores and once content items reached an engagement threshold, the content item was broadly supported with paid media broadcasts delivered far and wide.

Elvis Communications describes their design of the Egg Facebook Campaign:

Mondelez hired Kantar research and data specialists to measure the sales effectiveness of the Creme Egg campaign across all media channels. By placing electronic tags on the various paid media (indicators specific to a media channel), and matching those exposed to a general household purchase panel, Kantar was able to compare purchase behaviour of those who viewed advertisement for the campaign and those that did not. The viewer/non-viewer sampling was extended across TV, video on demand, outdoor, Facebook and other digital advertising. Nielson was utilized to measure both TV audience measurement and Facebook user data to determine reach of both TV and Facebook, together and as separate channels. IPSOS provided conventional focus type paneling to measure awareness, recognition and brand favorability across the campaign period. Mondelez monitored the Cadbury brand’s engagement measures and fan numbers on Facebook.

The most critical result of Mondelez’s Creme Egg campaign was that the fairly intense multi-channel approach yielded a 7% 2013 year-over-year sales increase of single pack Creme Eggs. Furthermore, the Creme Egg brand became more deeply entrenched in the U.K. confectionary category. There are, however, significant implications to the measurement of social media ROI in general. 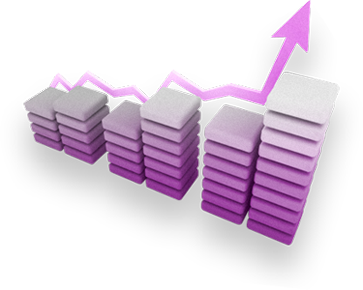 Firstly, the Cadbury Creme Egg case demonstrates that the effective use of social media can in fact contribute measurably to a multi-channel campaign in equal efficacy to that of TV – the important consideration being the target market. Secondly, organizations who wish to measure the return on investment in the use of social media in marketing, would be well served by utilizing an Attribution Model to isolate various media usage. Finally, the measurement of social media ROI is critical to the determination of its effective use.

Submitted By: Paul Baumgartner, University of Waterloo, SMBP
To contact the author of this entry please email at: pbaumgar@uwaterloo.ca