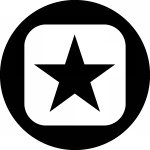 Description of how social media is used for business performance
Doing nothing may sound like a Seinfeld approach to social media strategy, but for Converse’s chief marketing officer Geoff Cotrill, it is the right approach. In an April 2013 interview with Mashable, Cottrill analogized the do-nothing-special strategy as follows:

“Our philosophy in social media has been to bring our voice to the medium, which includes acting like a good party guest – we bring something to the table, and we listen more than we talk. It also means not bringing campaigns from other channels verbatim to a platform that’s about conversation.”

Knowing that musicians are the key consumer of Converse products, the company wisely targets that group in their social media and overall marketing plans. What those consumers want, Cottrill says, is support to crafting their music, their art. (Earlier this year, Cottrill discussed the Converse approach at length in an interview with Wharton Business School.) What this has meant in a experiential sense, is the birth of Converse Rubber Tracks: a program that offers musicians access to a studio to record a demo with experienced producers, engineers and equipment. The top-to-bottom access is offered completely free of charge, with upfront registration required.

Converse continues to support these musicians by posting their music online, further enhancing the reach of the music created at the Rubber Tracks studios. 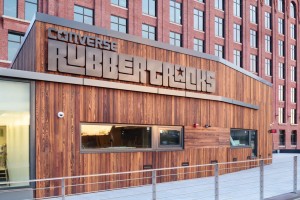 The first Rubber Tracks studio, now 3 years old, opened in Brooklyn, New York, while its younger sibling is set to open its doors in Boston on July 1.

On ConverseMusic’s Soundcloud page, you can hear listen to a track by alt-rockers J Mascis (Dinosaur Jr) and Kim Gordon (Sonic Youth):

And then flip to something new and emerging like DAIR, a New York-based electro four-piece.

DAIR is a Rubber Tracks alumnus who is now receiving exposure on ConverseMusic SoundCloud and Tumblr pages. Smartly, she’s linking to Rubber Tracks through her Twitter handle, @dairmusic.

@rubbertracksnyc Hey! I wanted to share my EP! Produced by your own, @AaronBastinelli and recorded at Converse BK! https://t.co/FZ2jEmrksP

For Converse, social media seems to be part spectator sport, with objectives, targets and lessons to be siphoned out and built up in an authentic, organic way. In this sense, the consumer is a compass pointing the way to the yellow brick road, and Converse is laying those yellow bricks. In Social Media Today’s CMO feature of the week (February 2015), Cottrill had this to say:

“Social media is a tremendous vehicle to learn about your consumers, what they like (or don’t like about you), what they are interested in hearing from us, what they’re doing in their lives, and what they are saying to each other. This brand belongs to the people who wear it.”

And the people who wear Converse – most notably the iconic Chuck Taylor All Star – have, for decades, loved to show off just how they own and wear their kicks. Sitting up and paying attention, Converse created a forum for displaying custom kicks. In addition to space on for fans on Facebook (37.5 million likes), Instagram (2 million followers) and Twitter (894K followers), there is ChuckHackers – a Google+ community space for displaying the innumerable ways people personalize their sneakers. A much smaller fan space, Chuck Hackers has a modest 7,800 members who showcase their creativity. What really gets traction across social media, is the hashtag #chucktaylors.

Translating that custom love/consumer demand into a business action, this March, Converse marked 100 years of Chuck Taylors with the Made By You campaign.

In it, consumers are encouraged to share pictures and stories of their sneaker handiwork, while Converse shares portraits of shoes from the rich and famous.

And of course consumers can customize + order a blank canvas online. Select the colour or pattern of the outer and inner body of the shoe, the heel stripe, the stitching, the tongue, the lining, the eyelets, the laces, and the rubber side. Build, share and order. 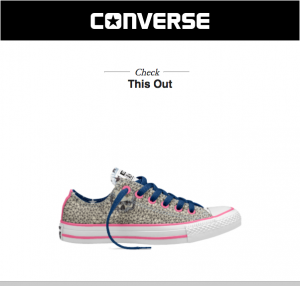 Where many companies struggle with how to take intel from social media and turn it into a business opportunity, Converse appears to so this with ease and authenticity. It’s not just about making a buck, it’s respecting the process, letting your consumers host the party, and celebrating the results. And then using the valuable intel to develop or design your next product or experiential offering.

Lessons for others:
1. Know who your audience is, be where they are, and enable them to experience your brand.
2. Stop and listen to what your consumers are saying. Hitching a ride can be as important as taking the wheel to get to the next destination. It also builds trust and credibility among your audience.
3. Keep it personal. Connect on an honest level with your consumers by being open to their input and then turning it into something tangible (and available for purchase).
4. Stay true to your core values. In Converse’s case, this means: