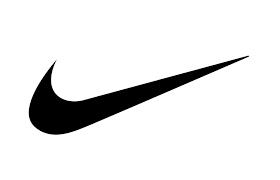 Nike was founded in 1964 by two men; Philip Knight and Bill Bowerman. They began as a distributor for a Japanese shoe maker, mainly selling running shoes out of the back of their car. The company was originally named Blue Ribbon Sports (BRS). The company opened its first retail store in 1966 in California. In 1971 the company decided to branch out and launch their own line of shoes. This was the first sign of the iconic “Swoosh” symbol.

Nike really launched in the late seventies. They obtained 50% of the athletic shoe market and finally went public in 1980. Throughout the 80’s Nike expanded its line outside of just shoes to all kinds of different sporting goods and apparel. Today Nike is one of the most successful sporting good companies in the world, if not the greatest.

Nike has produced some of the best digital marketing campaigns to date. One of the most infamous would be the “Livestrong Campaign“.  This campaign was based around printing messages on roads on the Tour De France route. The company used a “Chalkbot” to print messages along the race route to promote the charity. The general public would send in the messages and the robot would print them, take a picture and send back to the user. The messages were there to support to cyclists and send positive vibes to push the racers to keep going. There was also a donation element to the campaign. Livestrong raised over 4 million dollars for the fight against Cancer.

Another successful media campaign was the “The Chance“.  This example of social media marketing allowed youth to show off their skills via Facebook, Twitter and YouTube. Winners would be given the chance to attend The Nike Academy for a year.

A new app that was launched in early 2015 now allows the consumer to create their own product with the click of a button. The new app is called SNKRS and can be downloaded on all smartphones. This type of social media consumer direct purchasing is the wave of the future. Giving the public the access to design and purchase their own goods easily and quickly puts Nike at the top of the product development and design game. 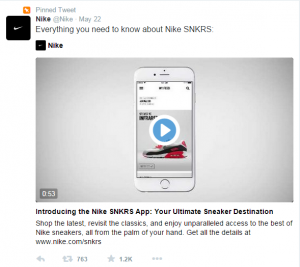 Nike does a phenomenal job using social media to promote their brand and interact with their consumers. They are always one step ahead of the curve when it comes to new viral campaigns. Nike is always updating their social media pages with new videos, links and photos. The use of their Twitter feed to communicate with their customers is always up to date and allows for the end user to really make a difference in the future of their favourite products. 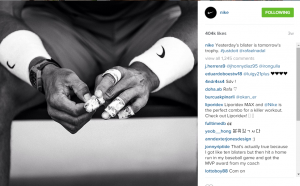 Nike also has a variety of playlists for free download for any type of workouts. Here is one designed for running.

1. Think outside the box. Nike has done a great job over the past 40 years being the leader in marketing. They are always one step ahead of any other brand when it comes to marketing campaigns. The next major trend in marketing is consumer product development which Nike is doing a great job getting ahead of.

2. Asking your customers what they want and really listening allows for more profitability and a friendly brand image.

3. Embracing new technology is something Nike does a great job at. Their links between devices and athletics ex. ipod and pedometer, have been a great success and make the consumers believe they are truly connected to the company.

4. Strong branding is a key to Nikes success. You can ask anyone around the world to identify what brand the Swoosh represents. Nike has done a great job of getting their message out to the public and show just how strong their brand really is.

*I reached out to Nike for a quote but unfortunately could not get a response.