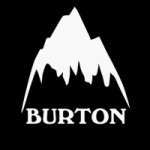 Chomping at the big 4-0, Burton Snowboards is a powerhouse in the boarding industry. In the company’s first years, starting in 1977, founder Jake Burton Carpenter handcrafted each board in his Vermont barn. The present-day approach is scaled up, way up, branching out from those roots to a canopy that covers boards, boots, bindings, outerwear, clothing and accessories. Burton continues to top ‘best of’ gear lists in magazines like Snowboarder and feature widely across the bodies of brand-loyal riders.

Snowboarding extends beyond sport to lifestyle. Not only does the sport maintain a following among first-gen boarders – greys on trays – but a steady stream of young blood pours onto the hills every year. It long ago passed trend status, successfully lobbied for access to skiers’ terrain, and has been an Olympic event since 1998. In 2015, Burton held its 33rd annual snowboarding open.

Despite its age, Burton’s target market is young, and overwhelmingly so. More than half of snowboarders aren’t even old enough to vote, and close to three-quarters are under 25 years old. It goes without saying that this audience is social media savvy. Expectant, even.

Back in 2009, Burton had a social media strategy that could be described as patchy. They had decent ideas and good intentions, some argued, but lacked an official presence in key social media spheres. Anyone looking to connect with Burton today has a proper slate of media to choose from – Instagram (566k followers), Facebook (741k likes), Twitter (141k followers) and YouTube (126k subscribers). Videos are an integral part of snowboard culture, and Burton well knows the importance of having a presence on YouTube. In September 2014, the company launched #BurtonPresents, a nine-part web series showcasing high-profile Burton riders. The introductory teaser has passed the quarter-million mark on views.

To be a legitimate member of a community, you need to be real. Burton engages with its community on a customer-service level to keep and grow its base. Here, Burton is getting it right.

#Burton warranty program just hooked me up with a new Burton Mystery board! Believe it! I’m a Burton rider for life!

Further speaking to its target audience, Burton flexes its muscle on social-responsibility fronts. With 12 locations, including one in Toronto (@SkiSnowValley), the 20-year-old ‘Chill‘ program helps disadvantaged youth learn to ride and build confidence.

Working with snow-loving athletes, Burton actively promotes and encourages the loyal to join Protect Our Winters (POW). Just as it sounds, POW is a fight against climate change and the threat of losing snow-covered mountains to global warming. The Burton faithful – and other snow lovers – can make a POW7 pledge online, promising to meet seven goals to reduce one’s carbon footprint. And yes, Burton practices what it preaches through its corporate sustainability policy.

Burton puts its people first, from founder and chairman Jake Burton Carpenter, whom you can meet at burton.com, to the Rider Alliance, which includes notable heavyweights such as Danny Davis, Nate Holland, Sarka Pancochova. All of these faces help build Burton’s profile within the online community, where users keep coming back.

Lessons for others:
1. Know your audience and be where they are.
2. Have a social conscience and don’t be afraid to play Pied Piper to get others to join in.
3. Don’t take your reputation for granted. People need to see your engagement before they’ll engage with you.
4. Keep it personal.