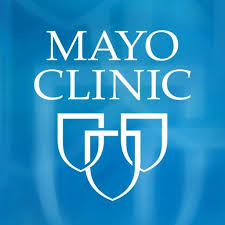 Employee engagement has always played an important role in the success of businesses. Social media on the other hand has come a long way in the business world over the past twenty years.  What was once viewed as an unproductive time sucker, is now considered an integral communications tool, internally and externally.  Mayo Clinic created “The Mayo Effect” and used social media as a tool to show employees they were a part of the strategy and strengthen internal communications.

Mayo Clinic is the first and largest integrated, not-for-profit medical group practice in the world. They have over 3,300 physicians, scientists and researchers from every medical specialty. They work together with 46,000 allied health employees to care for more than half a million patients each year, from every U.S. state and many countries.

The Birth of “The Mayo Effect”

Mayo employees collectively helped the Mayo Clinic bounce back from a financial crisis in 2008, by driving down costs without compromising patient safety or quality of care.  These efforts lead to the Mayo Clinic having one of the most successful financial years in its history.

Realizing the value of their committed employees and the power of collaboration, the Mayo Clinic created “The Mayo Effect” campaign to show their employees that they were a part of the solution and strategy.

“The Mayo Effect” was a layer added onto a list of traditional employee engagement methods to reinforce the message that their employees were #1.

Why the Mayo Clinic Injected Social Media into their Strategy

Social media was injected into the Mayo Clinic’s internal communications strategy because they realized there was a gap. Their current traditional communications methods were not reaching the diverse group of employees working various shifts with busy schedules.

“I’ll never forget the day when we launched a new intranet video that I was particularly proud to share. I called my friend Janet, a nurse in our Emergency Department, and asked if she’d watched it. “We had a full waiting room today, and I had two codes (patients requiring life-saving intervention) inside of an hour. I didn’t get a chance to watch the video,” she told me, not unkindly. She sincerely felt bad but I felt like an idiot. Worse, I felt out of touch. Not a good place for an internal communicator who is supposed to be championing the employee voice.”

“Adding a second layer requires giving employees a voice. Employees want to be part of the discussion, so our challenge as communicators is to give them opportunities for interaction, as well as tools to promote conversation.”

Faced with this dilemma, the communications department at the Mayo Clinic created a video that pulled no punches on the dire state of the Mayo Clinic’s financial situation in the midst of the economic crisis.  Despite this and the still tough road ahead the Mayo Clinic had survived and would flourish as its 56,000 employees banded together to become one.

High Internal Awareness Due to the Injection of Social Media

The video had unprecedented internal awareness and the Mayo Clinic then invited its own employees to submit videos telling how they helped the hospital succeed in helping patients and making the strategic plan successful.   Groups of employees pulled together and created videos which were then voted on.  An example of this effort being the following parody of “Everywhere Man”:

Social Media Platforms used today by the Mayo Clinic to engage, connect, share and collaborate with their employees and patients 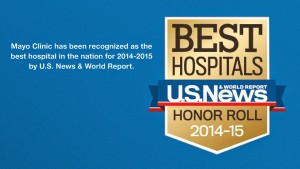 It’s not that complicated. You don’t need a big, fancy system to provide opportunities for staff to engage in two-way conversation.

Go where the people are. If a significant percentage of your employees are on Facebook, why aren’t you?

Strategize. Successful integration of social media needs clear objectives, a good plan, multiple tactics and time to get to a place where you can start reaching your goals.

Measure. You need data, especially if you’re facing leaders who view social media as a free pass for staff to goof around on company time.

The Mayo Clinic’s story is a great example of how a company facing adversity turned things around by realizing the power of strengthening employee engagement and the direct impact it had on their overall business performance.  By creating “The Mayo Effect” campaign and injecting social media into their strategy, management was able to express to all employees how valuable they were in the survival of the Mayo Clinic, letting them know that they are part of the continued strategy and an integral part of the continued success of the Mayo Clinic.