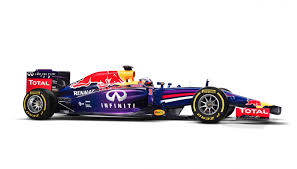 Although Sebastian Vettel has signed on with Ferrari, his long time contract with Infiniti Red Bull Racing was ahead of the pack in terms of social product design. Formula One Racing fans were given an opportunity to design the helmet worn by Formula One Triple World champion Vettel at the U.S. Grand Prix. 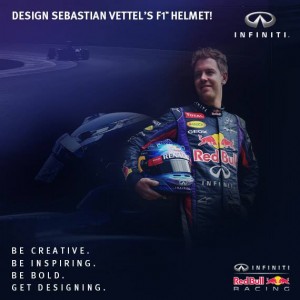 Commenting on crowdsourcing, Vettel said, “The helmets I wear are very important to me, as each one has a special meaning or a connection with the race in question. Normally, I work closely with my helmet designer to come up with a new design for every other race, and this is the first time I’ve given the fans the chance to do it for me. I can’t wait to see what they come up with!”

Offering rewards and incentives for submitting their most creative designs motivated fans to offer constructive feedback. Not only did Vettel wear the selected helmet for practice sessions and qualifying, the lucky winner received VIP tickets to the event, and a chance to meet the driver. The winner was also recognized for his entry by Vettel himself. By reaching out to fans, there was lots of opportunity for an exchange of ideas and social dialogue.

Econsultancy blogger, David Moth claims, “Red Bull is a great example of a brand built almost entirely on social media, with some mind-blowing PR stunts thrown in for good measure”.

Infiniti Red Bull Racing took advantage of its networks by focusing on public forums and groups considered as Web 2.0. For example, Vettel leveraged multiple Facebook fan pages to spread the word about the unique design opportunity.  His followers were eager to promote the competition and offer suggestions; the competition created a lot of buzz and traffic. 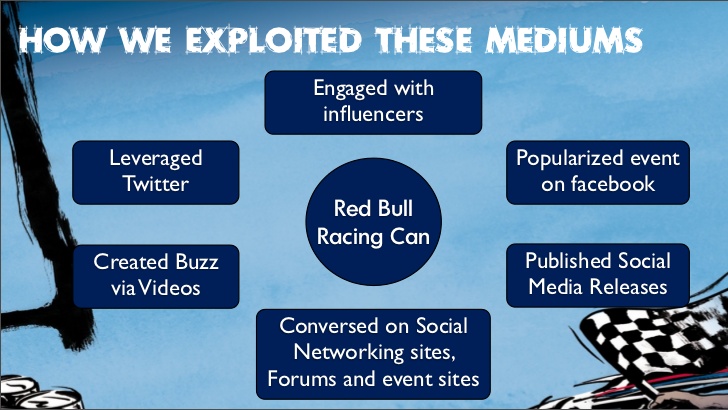 Based on Forrester’s Social Technographics data, the social behaviours of the audience can be categorized as Creators and Spectators. By inviting fans to participate, crowdsourcing efforts generated ideas and concept development. Coined as social product innovation, concepts and ideas were generated through various mediums such as blogs, Twitter, Facebook & LinkedIn. Participants became “consumer-driven innovators”.

The ambitious social media campaign attracted a lot of attention in the racing world. The opportunity to design a driver’s helmet generated a lot of interest and was shared on many websites, social media feeds, and blogs such as F1Charlotte , Pitpass  Auto Guide, Motor Authority, Road and Track, Autoblog, and Luxury Insider.

F1 is considered the most popular, most recognized, and most idolized marquee in worldwide motorsports. The positive attention received from this crowdsourcing campaign, boosted not only the driver’s profile, but Infiniti Red Bull Racing’s brand. The brand collected more ideas, and of better quality, with faster product adoption since fans were involved. Overall, this strategy boosted the team’s popularity which ultimately improved revenue at races, sponsorship opportunities, and increased merchandise sales.

Kalypso Consulting observes and predicts, “social media mainly used currently at the front end of innovation. Likely to expand to gather feedback from customers”. Infiniti Red Bull Racing’s initiative inviting fans to get involved in the design process proved to be successful.

Infiniti Red Bull Racing has also enlisted the help from corporate sponsor, Siemens. The team relies on Siemens Software and is an integral part of the design and manufacturing process. This partnership is a prime example of modern supply chain practices. Siemens has a long-term relationship with the team and they work closely together on projects. Read more in this Case Study.

By inviting fans to participate in the Formula 1 competition, new product ideas were generated for free, and Vettel connected with his fans and understood what they wanted. By engaging fans, Vettel’s popularity increased, and Infiniti Red Bull racing improved its reputation. Fans were directly involved in design which had spin off effects such as increased exposure and brand awareness. The competition generated higher ticket sales which resulted in more people attending the event. Fans relish in the opportunity to participate, brainstorm, and offer suggestions.

See you on the track