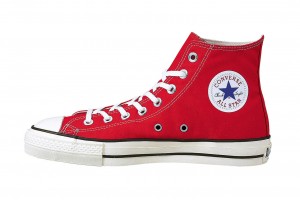 The Converse Rubber Shoe Company was founded in 1908 by Marquis Mills Converse.  Nine years later the All Star was born.  In 1921, basketball star “Chuck Taylor” endorsed All Stars by lending his name and signature to the brand.  From then on the sneakers were affectionately referred to as Chuck Taylor’s or “Chucks”, and became the “Official shoe of the National Basketball Association“.

Converse dominated the U.S. Market from the 1920’s, until the 1970’s when they began to struggle due to lack of funds and competition from other major brands.  By 2001 they had declared bankruptcy and were briefly acquired by Footwear Acquisitions, Inc., before being purchased by Nike in 2003 for $305 million.

Although die-hard Converse fans mocked the company for “selling out” to a mainstream corporation, the settlement salvaged the company resulting in countless innovative campaigns and reincarnations of the famous brand and shoe since.

Having been in production for over a century, no shoe has a deeper or richer history than Converse Chuck Taylor All Stars. From its humble beginnings in Massachusetts, to being named the “Official shoe of the National Basketball Association”, to being worn by American soldiers in World War II, and by the likes of Elvis Presley and Kurt Cobain.  The shoe has gone on to become one of the worlds most legendary and iconic sneakers worn and loved by men, women, kids, athletes, rappers and rock stars alike. 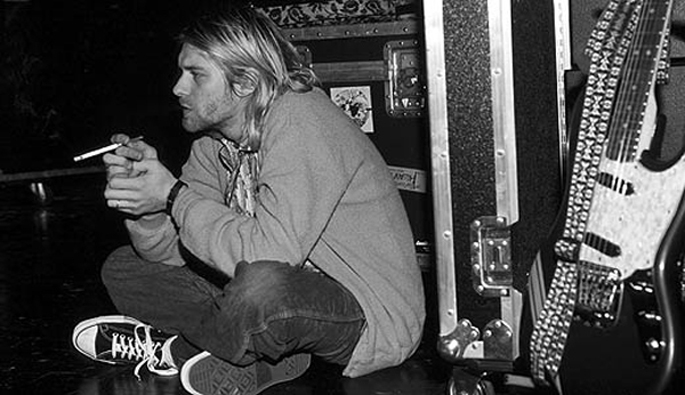 Today Converse is back to being one of the most popular shoe brands on the market having sold over 1 billion pairs of shoes to date.  Thanks to Nike for breathing new life into Converse and Chuck Taylor sneakers through innovative global campaigns reconnecting Converse fans with the iconic brand.

Over the past few years Converse has launched a series of campaigns that are linked to creative self-expression.  Each campaign is designed to engage their customers/fans, and really connect with them by giving them creative platforms through social media and creative freedom to design content for the brand.  Here are a few examples of some of their recent campaigns inviting customers to be a part of the brand.

In 1999, the Just Rubber and a Blank Canvas campaign was brought to life to reinvigorate the iconic Chuck Taylor sneaker and identify further with the artsy crowd.  It was more than just a typical ad campaign re-branding a legendary shoe, it was a pop culture movement asking people to paint, draw, or write about what a pair of “Chucks” meant to them and share it.  Their visions and customizations became art exhibitions featured in major galleries, and creative content was also used to fill one of the first social networking web sites.  Here are a few examples of the creative that came out of this campaign: Just Rubber and a Blank Canvas. 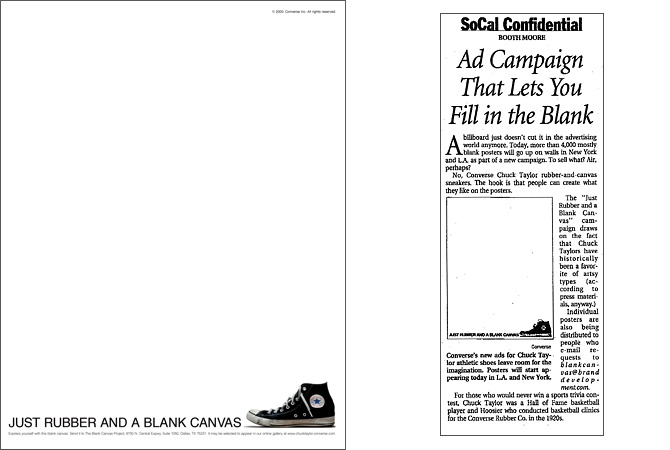 “Just Rubber and a Blank Canvas” has since been simplified to “Blank Canvas” and morphed into an interactive online tool for customers to design their own shoes and purchase their creations through ConverseBlankCanvas.  Other valuable concepts of the campaign have been blended into future campaigns outlined below. 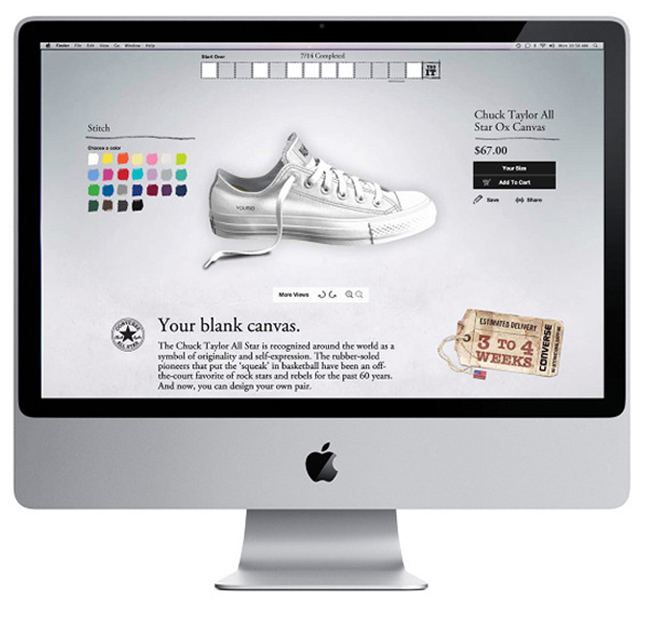 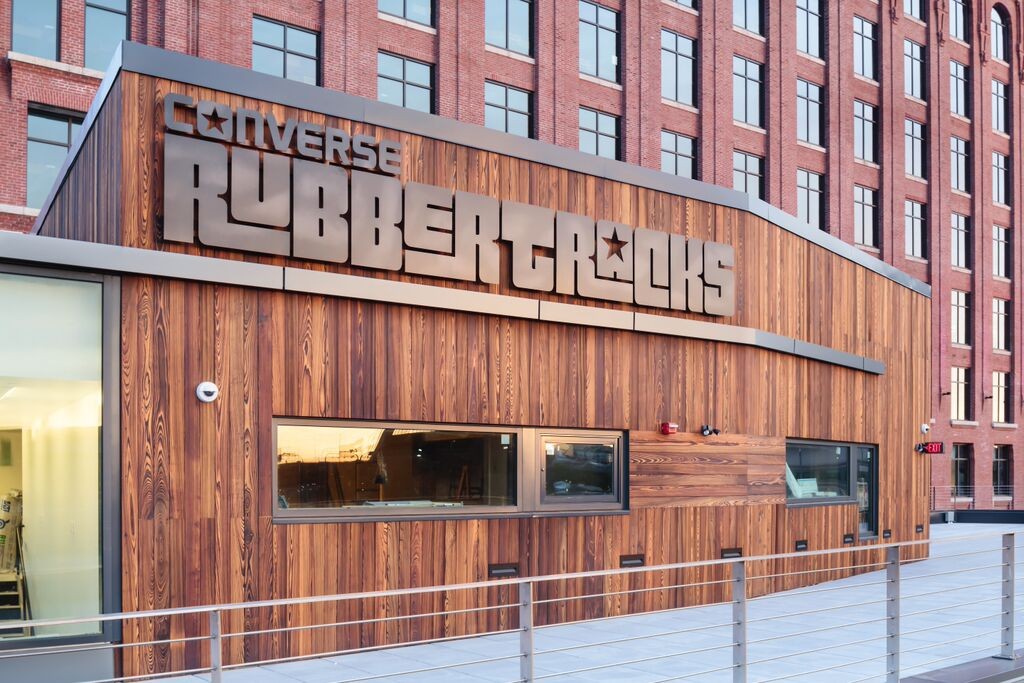 The initiative spans eight different countries in four continents, and gives aspiring musicians a chance to record original music at 12 landmark studios, including the two Converse Rubber Tracks studios, for free. In turn, providing Converse with cool, original content to share through ConverseMusic. 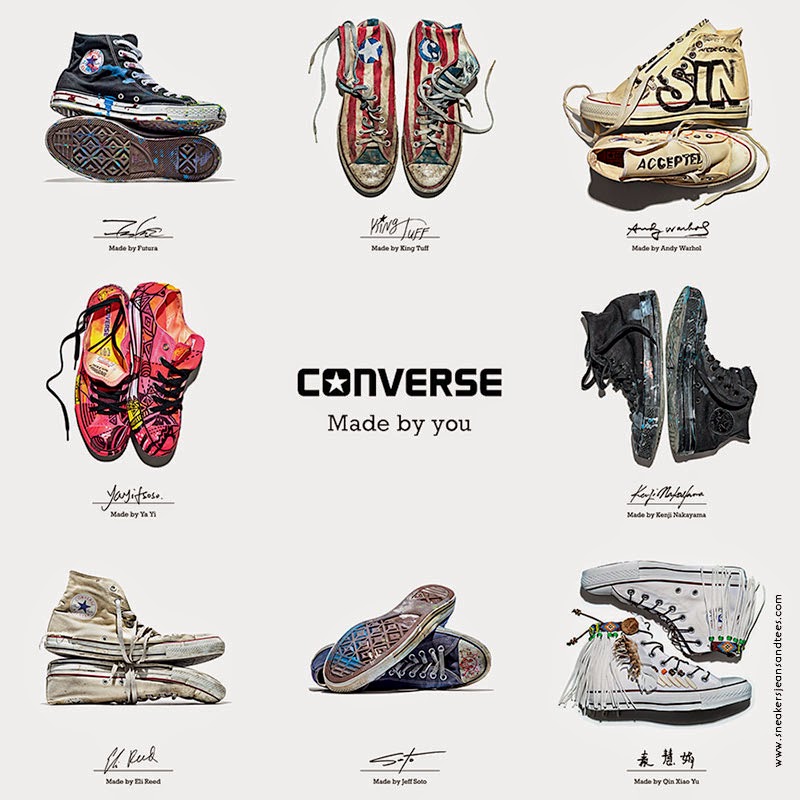 In March 2015, Converse announced the global launch of Made by you, a landmark campaign designed to celebrate fans by allowing them to express themselves and their creativity through the Chuck Taylor All Star brand. Converse collected Chuck Taylor sneakers from individuals around the globe and curated an amazing collection of portraits, showcasing diversity and self-expression of individuals who wear Chucks – from musicians to artists, skaters to fashionistas, the known to the unknown.  Each pair told a story of transformation from blank canvas to self-portrait of their owner.

“We launched this short film for Made by You celebrating Chuck fans’ self-expression. Within the film we shared stories from fans across the world, as well as celebrities like musician King Tuff and artists Futura and Frankie Chan. Fans also had the chance to get their Chucks photographed and created into portraits at local Converse store activations and we took over Converse social media with fan portraits, as well as launched a new Converse Chuck Taylor Tumblr to celebrate fans’ creativity and self-expression in and with Chucks.” – Original Quote from Christine Su, Director of Communications, Converse Inc.

The Made By You campaign was launched in several cities showcasing celebrities’ and fans custom designed Chucks via art installations, murals, videos and classic ads.

Portraits were collected from international icons such as Andy Warhol, Futura, Patti Smith, Jefferson Hack, Sayo Yoshida, Kate Lanphear and Glenn O’Brien and featured alongside portraits from everyday Chuck Taylor wearers.  They, were used in global exhibitions, which turned the city streets of New York to Shanghai to Rio into art galleries.

Made By You Exhibition in New York City 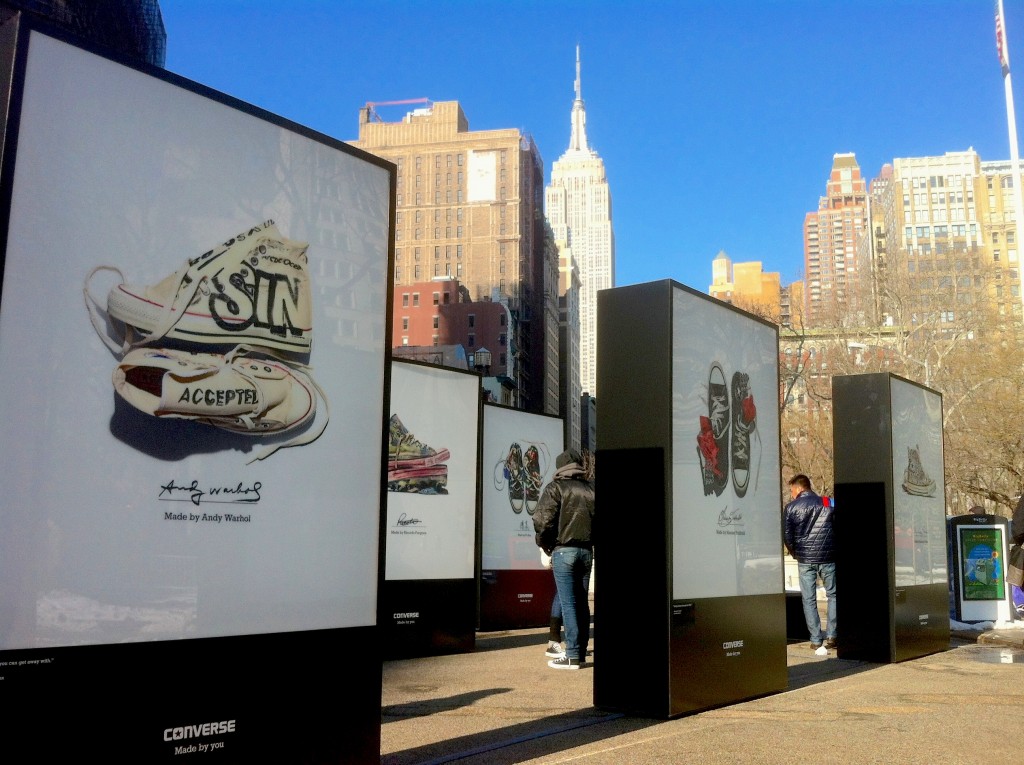 Made By You Exhibition launch in Berlin 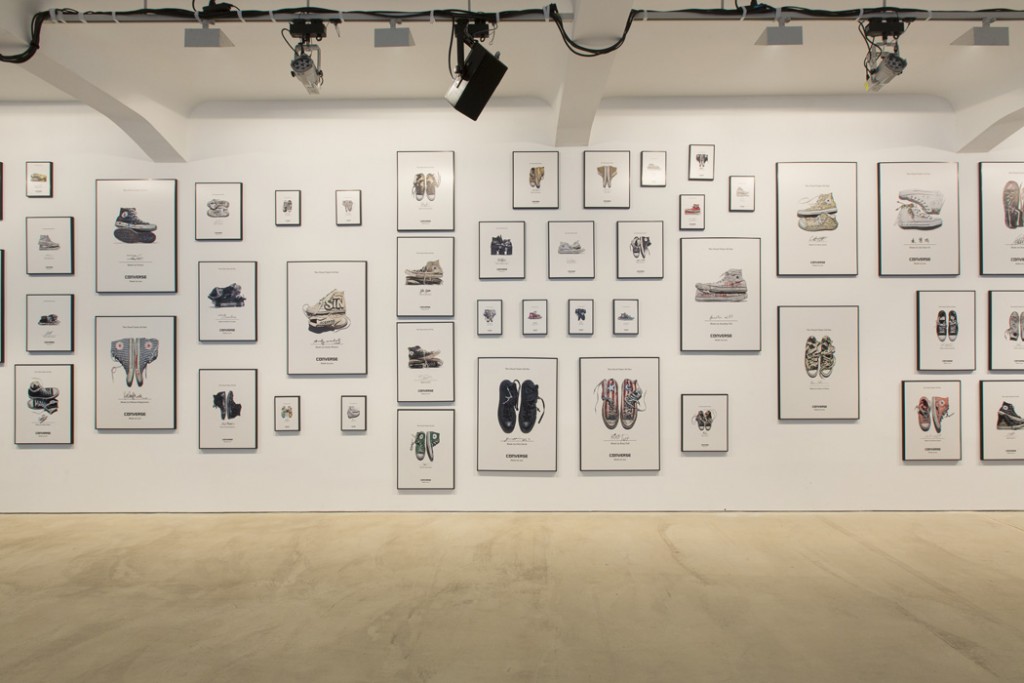 The campaign included activations from the streets and stores to online and in social media, including launch exhibitions in New York City, London, Beijing, and Mexico City, and offered consumers the chance to participate at a host of pop-up portrait studios at Converse retail locations and events around the world. Content was shared by participants and fans throughout Converse various social media platforms.

Made By You Campaign + Social Media

Fans were encouraged to participate by submitting their shoes for a chance to have them featured on the brand’s social media channels. For Twitter, fans can submit with #chucktaylor, and Converse’s Tumblr has a dedicated submission form.

Converse leveraged fans word-of-mouth to amplify the brand in its latest global campaign, “Made By You,” in which fans’ personalities were infused in the products. As part of the campaign, Converse encouraged fans to share their “kicks” on social media using the hashtag #ChuckTaylor.

The hashtag #ChuckTaylor was mentioned in more than 1,000 posts in the first half of the day the campaign launched, according to Crimson Hexagon. The brand’s most retweeted tweets today include:

“Converse’s ‘Made By You’ campaign smartly combines two powerful social strategies: customization and visual storytelling,” said John Donnelly, senior vice president of marketing and sales at social media analytics company Crimson Hexagon. “The brand’s #ChuckTaylor hashtag gives customers the opportunity to authentically express themselves while also helping to generate a social art gallery of Chucks. In doing so, Converse effectively bridges the gap between self, brand and community.”

Other Interesting Facts about Converse Chuck Taylor All Stars (“Chucks”)

Since Nike took over Converse they have succeeded in bringing the brand back to life by creating authentic 2-way connections with their fans and allowing them to be a part of the creative process.  According to Bloomberg Businessweek, old school Chuck Taylors are outrunning Nike’s high-tech shoes. “Sales of the Converse brand increased 16 percent, to $494 million, in one-quarter, while earnings before interest and taxes jumped 36 percent,” putting Chucks before Nike’s own innovations in terms of profitability.