Switch Video was founded in 2006 by entrepreneur Andrew Angus. Switch Video is a digital media company that creates and markets explainer videos. These short animated videos can deliver client messages in as little as 2 minutes and have broad applications from product and service promotion to employee training. Their global reach includes customers such as Facebook, IBM and HP. Recently Andrew Angus took Switch Video one step further  with the creation of Switch Merge  .

The Future of Social Media

There are different opinions about the future of social media. Will Facebook and Twitter continue to be as popular or gradually fade like Google Buzz? Will new platforms like Snapchat, the popular social app, evolve into an important business tool? Many believe that video is becoming increasingly popular and will have a dominant role in the future is social media.

Switch Video began as an animated explainer video creator. They’re forward thinking attitude has their video production evolving from explainers into personalized videos. It is widely believed that when using social media in business, quality is more important than quantity. Effectively, this means that to be successful you may not need to reach everyone, just the ones that are likely to be interested in your product or service. Switch is accomplishing this with Switch Merge.

I tweeted Switch Video and asked how they see the future of social media evolving in the business world. This was their response:

We think social media is going to play a pivotal role in b2b as more people are seeking 1-on-1 communication.

“Switch Merge is a tool for marketers and salespeople to send personalized videos directly to leads and prospects. What it means is that from Salesforce a salesperson can create a personalized video that pulls in their leads name, their title and puts that right inside a video,” explained Switch Video founder and owner Andrew Angus.

The Future of Video and Social Media

The clip below, Social Media and Video Statistics for 2014, discusses videos current and future role.

According to a report from Forbes Insight, executives love video.

More than 80% of senior executives polled said they are watching more online video than they were a year ago. 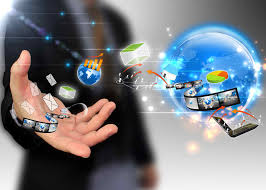 The speed with which social media has grown and evolved is astounding. Believe it or not it’s only been approximately 10 years since Facebook and Twitter became available throughout the world. However, its difficult to think what our lives would be like without social media. Those businesses who do not adapt to or embrace the future of social media  and it’s ever-evolving platforms are at risk of becoming extinct. 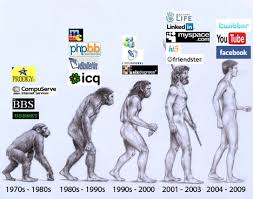 To contact the author of this entry please email at griff05@sympatico .