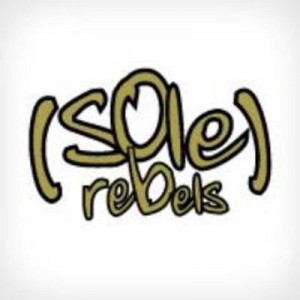 SoleRebels products are sold on-line and in retail stores in Ethiopia, Spain, Switzerland, Austria, Taiwan, Singapore, Japan and the United States. Company revenue is projected to reach over $10 million USD by 2016.

The facts that materials used to create soleRebels products (including recycled tires and organic fabrics), production methods are ecologically beneficial, and that the company is the only footwear company certified fair trade by the World Fair Trade Organization have brought recognition to the company and founder.

As the fastest growing consumer brand from Africa, soleRebels is doing many things right—and the use of social media is one of these things.

Huge respect and thanks to HRH Princess Mary of Denmark for visiting the site of @soleRebels new production facility! pic.twitter.com/3iWX3Y1QCP

Showing off the beauty of the product:

In the fashion and retail industry, the appearance of a product helps generate sales. SoleRebels makes use of Instagram and Flickr to reinforce the company brand and to demonstrate the visual appeal of the product.

Thanks for the LOVE Marc & Craig Kielburger . Great piece in the Vancouver Sun! http://t.co/HwERnrTUU3 pic.twitter.com/Iu0bBPXrxa

A company blog is used to share relevant media updates.