Description of how social media is used for business performance
If you’re involved in social media at all, Gary Vaynerchuk is someone you should be familiar with. I recently watched a video on YouTube where Gary was giving a talk to a group of entrepreneurial students at the University of Southern California and 80% of the room had no clue who he was! 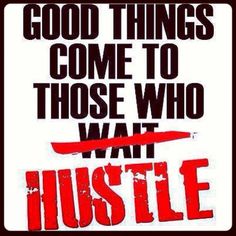 Gary was born in Belarus and immigrated to New Jersey at the age of 3. From that day forward, he knew what being an entrepreneur was. He embodied what it meant to hustle. From running several lemonade stands across his neighbourhood to collecting/trading baseball cards, Gary was out to write his own story. In his 20’s, he became involved in running his family liquor store. He had a fascination with the internet and saw the potential before most people were comfortable writing emails. He grew the store from a $3 million to $45 million dollar business in just 5 years by going digital. Gary launched one of the first wine e-commerce websites, WineLibrary.com, and created a podcast to go with it. This is when I became familiar with Gary and haven’t stopped watching him!

In 2009, as Gary’s passion for social media grew, he co-founded VaynerMedia – a social-first digital agency to help brands successfully market their products in the digital realm. Today, Gary is the CEO of VayerMedia. He is an advisor and investor to some of the most successful start-ups we know today including: Twitter, Uber, Tumblr, Medium, RebelMouse, BirchBox, and more. VaynerMedia has worked with some of the world’s top brands including GE, Ritz, Sonic, Dove, Budweiser, and Mountain Dew.

“Social Media right now is in a very awkward and early stage. It’s still growing and changing in very significant ways. Hell, I even I wrote a book all about how to market on it and I’m the first to admit that some parts of it have already changed (but not all of it, mind you).”  – Gary Vaynerchuk, CEO of VaynerMedia

Most recently, Gary launched a $25 million seed fund, Vayner/RSE, to enhance his investment portfolio. Coined as a world leader in social media, Gary knows social media inside and out. I recently watched an interview with Gary and Marie Forleo where they chatted about the future of social media and I think he hit it on the head.

Lessons for Other
Gary has a lot of insight into where social media marketing is headed. If you haven’t checked out a keynote or one of his recent #AskGaryVee sessions on YouTube you definitely should. If you read Gary’s blog, one thing he makes clear is – you cannot predict the future of social media, you can just continue to adapt.

“Everything else can be bought, but your caring can’t” – Gary Vaynerchuk, CEO of VaynerMedia

Some of the most resounding pieces of advice he has to offer are:

Plan your content then ‘JAB’ your customers
In Gary’s most recent book, Jab Jab Stab Right Hook, he describes how most people don’t plan their ‘jabs’,  they only plan their ‘right hooks’. You need to constantly offer customers value – content, offers, materials, etc. You need to provide this information before you even think about asking for the sale.

Marketers ruin everything
Marketers can be great at their jobs – but if they don’t understand the market and tools they will ‘ruin everything’. Gary gives a prime example of this with Groupon. Remember when you signed up for Groupon and were super excited to get $60 of sushi for $20? Now…you could care less! You’ve probably blocked, deleted, and reported these emails as spam. That’s because Groupon didn’t adapt. The same can be said for your social media campaigns. If you keep pushing the same content, using the same channels, you will lose your market.

“The most important thing you can do when it comes to anything in life is to become an actual practitioner.” – Gary Vaynerchuk, CEO at VaynerMedia

The social media landscape is continuously evolving and you can’t learn everything from a class or program. You need to become an actual practitioner and experience social.