The Dollar Shave Club began with Michael Dubin and Mark Levin venting to one another at a party. “My co-founder and I had always bristled at the price and experience of buying razors at the store, and we decided that there was a better way to do it,” Michael Dubin CEO and Founder explained. “So we launched a service that sends you your razors once a month or every other month and just found that guys fell in love with that.”

To launch their subscription service, Dollar Shave Club took a different route from traditional marketing and launched their promotional video on YouTube in March of 2012. Beyond the video they had a bit of press going around based on their initial investors and a few Google Ads to get them started, which when thinking from a marketing standpoint sounds a little lacking when you’re trying to launch a business.

This is where social media comes in, and it’s changing how we market products. Dollar Shave Club’s video had more than 4 million views in the first month and within the first 48 hours had 12,000 people sign up for the subscription. The video went viral because people were identifying with the brand and sharing it across their networks. Unlike with traditional TV advertising, people were and still are watching Dollar Shave Club’s video because they want to; not because they have to. The idea of launching your product solely on social media platforms means that all the content is shareable. People see your content and if they like it or think it’s funny they are then able to instantly share it with everyone they know.

Traditional advertising is a lecture. Social media is a conversation.

“Four million people have watched the spot not because they stumbled upon it during a routine Google search for the term “razors” but because someone in their circle of social media connections went to the trouble of sharing it with them.”

By sharing or by interacting with any of a business’ social media profiles the message then becomes very important as the consumer is implicitly endorsing their product. This becomes a far more personal message for consumers rather than previous endorsements from retailers or celebrities who were there to “tell” consumers what they should purchase.

Dollar Shave Club joined an industry that’s worth an estimated $30 Billion of which Gillette owns around 70%. With Social Media and a message that disrupts people’s way of thinking about something they use on a daily basis, Dollar Shave Club is succeeding at taking a section of that industry away from massive conglomerates. They’ve created a message that people identify with and with the help of social networks and social media have amassed an online community of loyal brand followers. 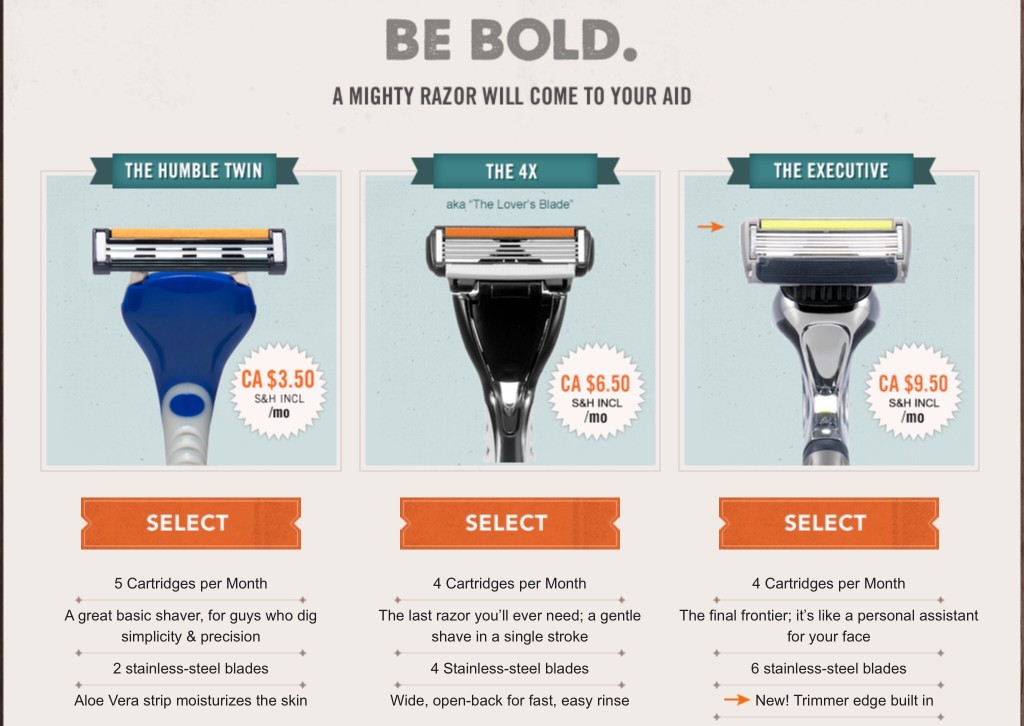 The following three areas showcase areas which helped Dollar Shave Club to achieve marketing success through social media and how you could as well. Keep these in mind if you have your own marketing to do; social media is there to help! 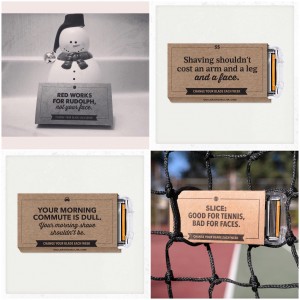 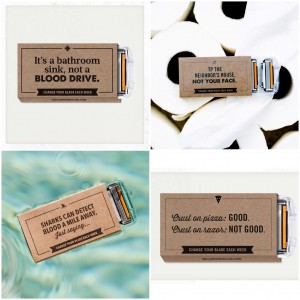 Dollar Shave Club creates content that engages their audience and makes them want to share it. With their initial video they kept it light and silly, “People understand brand messaging, and when you subvert that, they recognize the risk you took,” the commercial director Lucia Aniello says “Learn to trust the funny. If you take a risk, you may get a reward.”. Humor helps social media rival traditional advertising shown in the brands slogan “Our blades are f—-ing great!”, a message that in traditional advertising mediums like tv, radio or print would not have been allowed.

For Dollar Shave Club social media platforms allowed them the flexibility to be unexpected, creative and uncensored in their marketing, in reference to their commercial Dubin says “Don’t give them a video they could have written themselves”.

Disrupting the way we think

For generations, this is the process people have gone through in order to shave:
Buy an expensive razor
Buy even more expensive blades
Have an abundance one minute, and none the next
Go to the shop to buy more expensive blades
Forget – because life gets in the way – and end up using blunt razors that hurt you. Ouch.

Dollar Shave Club came in and disrupted the way people were thinking about shaving. Large companies like Gillette have millions of dollars to use for their advertising budgets and endorsements to get famous people that we look up to to convince us that we should buy their product. They have dominated the industry for so long that if they advertise that we need more blades on our razors or the newest razor because it will contour our body better we agree and go out and buy it because we’ve always listened to them. Dollar Shave Club in one video shook up that thinking and showed us that there was another cheaper and easier way to achieve our shaving needs. It’s an incredibly simple message that the public was able to access because a small business like Dollar Shave Club wasn’t stifled by lack of budget. Social Media is levelling the marketing playing field.

With the abundance of social media networks available small businesses can gain trust and visibility by making personal connections directly with their consumers rather than dealing through a middle man (retailers). Consumers are able to endorse and review the businesses products across the social media platforms which then shows other consumers the truth in the product. Consumers no longer are relying on the retailer or the celebrity to tell them that the product is great, they can see honest answers within these social networks. In addition small businesses are able to get a larger consumer base because these networks are global. No longer are they restricted to their local economy or just word of mouth. Social media levels the playing field allowing a small company to compete on a global scale.

For hear a bit more from Mike Dubin and the Dollar Shave Club check out this interview he did back in 2014.