Organisation Name: The Beat Goes On

Web references: The Beat Goes On

The video above makes a point to mention the “knowledgeable, friendly staff members” because the engaged customer experience and relationship is a point of pride for the brand, and is one that extends to their social media strategy. The Beat Goes On posts content regularly to their blog, Facebook page, Twitter, and Instagram accounts and works diligently to engage social media users by answering their questions and inviting feedback and general conversation, just as if they were speaking to a real person.

They are, in fact, speaking to a real person.

David Black took over social media management for The Beat Goes On in September 2014, but has been with the company for 11 years. Maintaining his role as Field Operative, Black has the advantage of regularly travelling to several The Beat Goes On locations, and head office, which allows him to experience all aspects of the company, giving him legitimate authenticity when posting on behalf of the brand. His goal is to actively engage in conversation with social media users. And with good reason. As he explained in a phone interview, people come to The Beat Goes On not just for the products, but also for the environment and customer service, which is why transparency on social media is a large part of the strategy. Word-of-mouth has always played a large role in the ongoing success of the company, which is why The Beat Goes On has great respect for it as it relates to social media. They have many repeat customers whom staff know by their likes, dislikes and even by name, and the continuation of that relationship online is equally valuable.

Posts about products and pop-culture events may not sound like transparent content, and that’s where The Beat Goes On puts their own spin on social into the strategy. Although customers can shop online and receive items stocked at any of The Beat Goes On locations, first rights are granted to the walk-in customer. Newly arrived CDs, DVDs and video games are available in-store only for seven days before appearing online. This means that when Black posts about new arrivals at a specific location, it’s a sneak peek for the online audience, and an incentive for the collector to call or visit that specific store. Black also puts a conversational spin on all posts, whether about an upcoming sale or pop-culture references, inviting discussion either by asking a question or getting it started himself. An example appears in the Facebook post below, in which Black shares his own thoughts on The Terminator’s appearance. 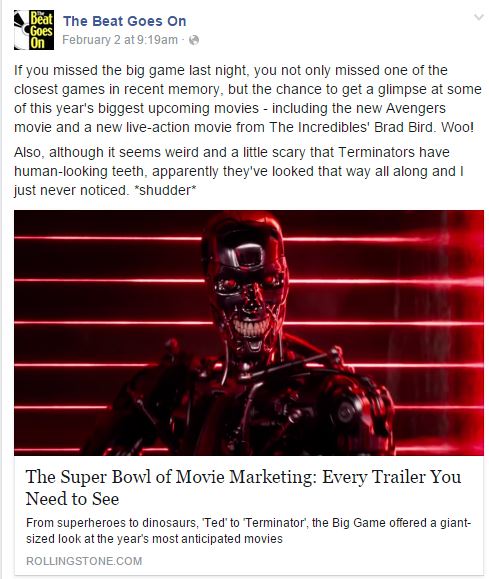 The Beat Goes On social media voice is that of the brand, which is happy, positive, and encouraging. Black inserts a bit of his own sense of humour, but he’s careful to take all tastes into consideration. He explains that the goal is not to be a jerk, not to offend anyone; that isn’t the way that The Beat Goes On is looking to spark conversation, “I might not like a band or TV show, but many of our thousands of followers might.” Taking the online audience behind behind-the-scenes is a regular occurrence, with posts from the warehouse, head office and in-store seasonal decorating disasters. 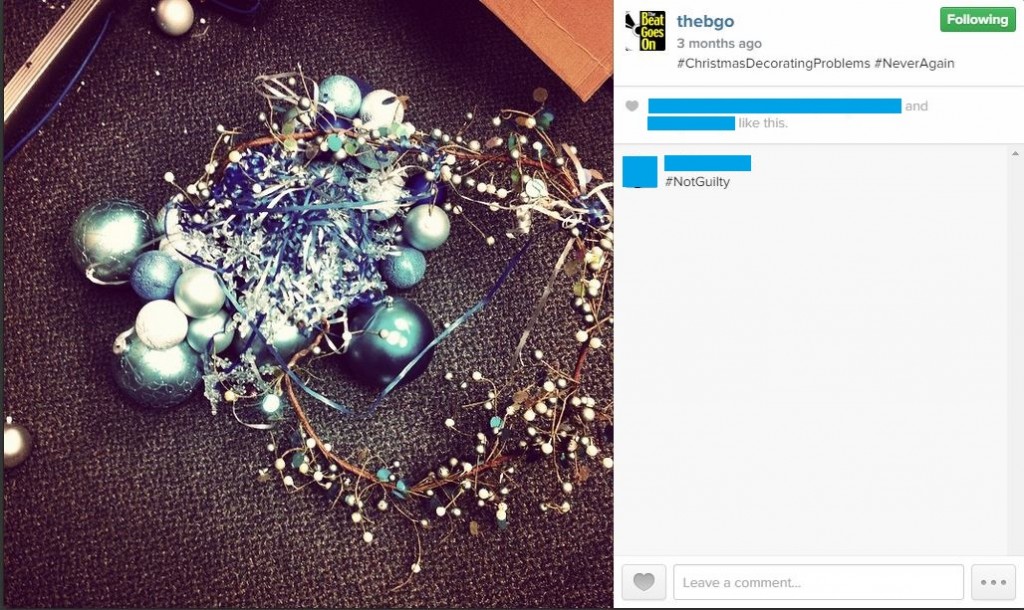 The posts go there because The Beat Goes On thought it would generate interesting, original content, and considers it an extension of that in-store relationship that they work so hard to curate.

As a Field Operative, Black spends a great deal of his time out on location, to the point that he recognizes store regulars commenting on his social media posts, but the platforms themselves also have their own regulars, which, he says, “is pretty neat.” Interacting with customers online, Black gets a sense of what they’re interested in and what they’re looking for. It’s important to the company that they listen to customers as it provides insight. Black posted an article about older video games and received comments encouraging The Beat Goes On to stock those kinds of games. This is the kind of feedback that Black takes to head office because literally, here’s what people are saying.

He’s paying attention to what people are saying, and it’s obvious in the way that he responds to customer questions and conversations, as seen on Facebook and Twitter posts below. 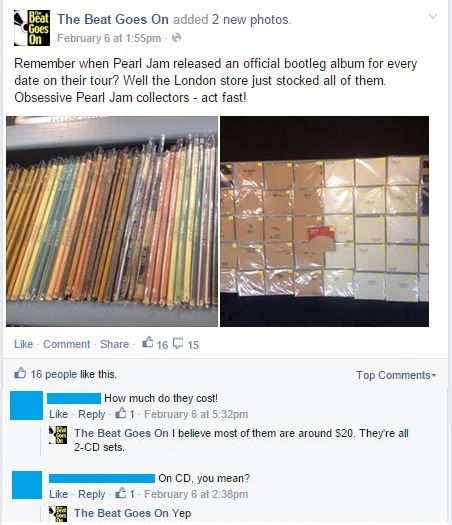 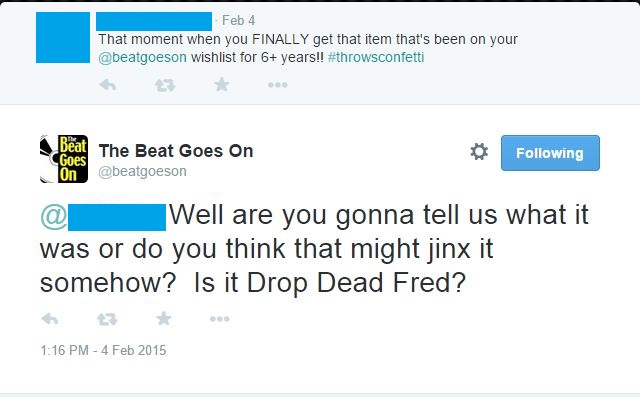 Black works to give customers a reason to follow all of The Beat Goes On’s social media outlets by setting different content-development strategies for each platform. He uses Facebook for substantive content, posts that lead to comment or conversation. And Twitter? “Twitter is tough.” Black says that as a company, it’s challenging to strategize Twitter content because it’s difficult to start a conversation, or even just to get feedback. “If you don’t get any retweets or favourites, you start to wonder, ‘did anyone read this? Did anyone care?’” The Beat Goes On receives a great deal more engagement on Facebook. However, he points out that Twitter users aren’t necessarily on that platform for conversation. As for the blog, Black is working to dedicate more time to it between site visits. Black describes Instagram, the latest addition to The Beat Goes On social media network, as, “Here’s this cool thing I saw.” He identifies Instagram as an emerging social media market, and uses it largely as a behind-the-scenes look at The Beat Goes On, posting photos sent to him from staff, and reposts from staff accounts that The Beat Goes On follows. Recognizing the advertising potential, Black relates that one staff member has many more Instagram followers than the company, and when they repost something from The Beat Goes On, that post receives more attention than it does on The Beat Goes On account.

Security can be a concern when posting behind-the-scenes content online, and The Beat Goes On has considered this and describes it as business, and courtesy. They aren’t worried about spilling trade secrets – for example, if another record store notices that The Beat Goes On is adding more vinyl to their stock and decides to do the same, Black considers that a business decision. When posting photos from location he takes care not to include customers or staff without their consent.

Social media is an additional way for The Beat Goes On to cultivate that customer-brand relationship on which the company prides itself. Black adds that while staff get to know many of their regular customers, there are several regulars who aren’t comfortable having a conversation in-person, and social media gives them another way to connect.

Customer engagement on social media is as important as face-to-face contact. Engage your audience, answer questions and accept feedback the same as you would in person or on the phone.

To contact the author of this entry please email at: cmwrites38@gmail.com