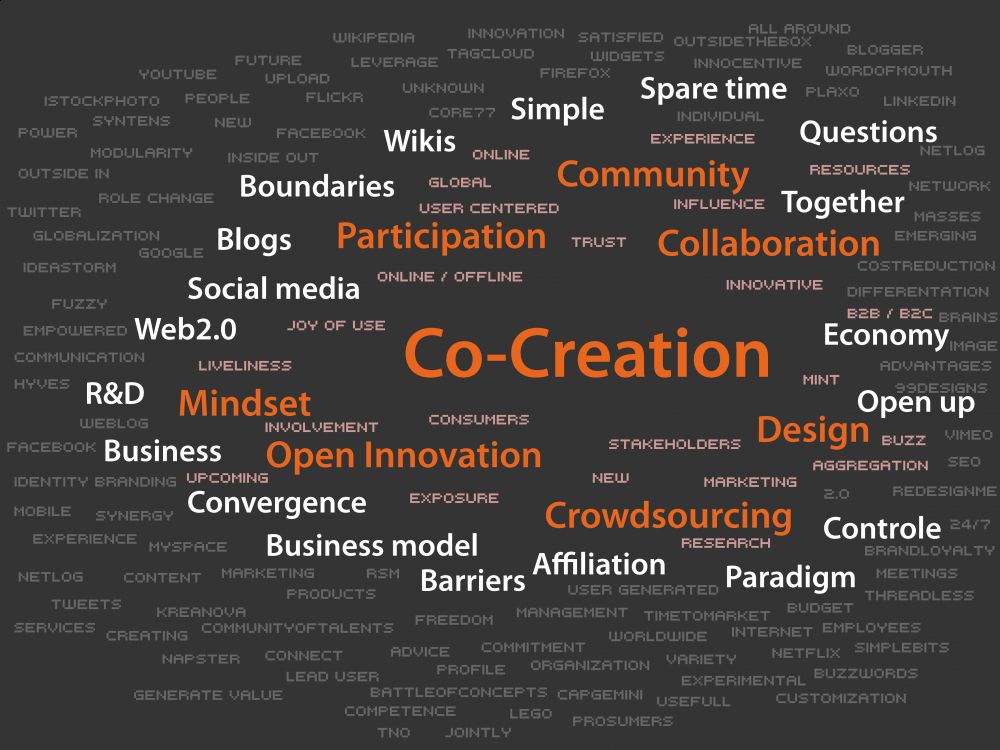 Look back over the previous 20 or more years and the growth of fragmentation in organizations and processes is really staggering.  No doubt the same could be said about life in general.  Up until perhaps the 1980s companies controlled the majority of key inputs and resources within their own four walls or through suppliers around the corner.  Whether musical instruments, bicycles or refrigerators, this meant making an array of the major pieces that went into products.  While on a different scale automotive companies operated huge separate divisions to make the millions of parts eventually installed on automobiles that rolled off assembly lines.  Michael Porter famously described a matrix of 4 fundamental business models based on price and quality that pretty well described the majority of companies.

Then came free trade, globalization, just-in-time supply and outsourcing.   Fast-forward to today and many companies now own or control a fragment of the overall activities and inputs required to deliver many their own products and even services. 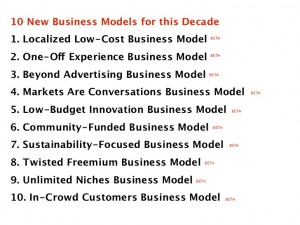 Ouke Arts attempted to capture some of the resulting business models.  Suffice it to say there are now more than 4.  Many novel models integrate whole new ways of thinking about value when compared to Porter’s simple matrix of price and quality.

In 2000 venerable P&G targeted tripling to 50% the level of innovations acquired from outside sources.  The era of open innovation and co-creation had landed, along with the start of the proliferation of new value propositions.  If not for major companies like P&G adopting these concepts it might be easy to dismiss them as buzz and hype.  They are sticking and worth understanding. 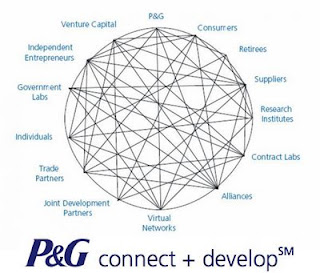 This promotional video about P&G’s history and innovation plans is a bit saccharine so watch it at your own risk.

Co-creation graduated from  little known concept to mainstream business trend in 2000 when a popular HBR article and subsequent book challenged the approach of companies more or less ‘giving birth’ to fully formed products, recall the movie expression ‘build it and they will come’ to further describe the strategy.  As an aside this 1956 Chevy commercial is a great example, and just kind of fun to watch as an  artifact of what ‘used to be’.

Likely not a coincidence that principles of open innovation gained attention not long after in the book published by Chesbrough in 2003.  While co-creation emphasizes active joint production of innovation by diverse stakeholders, open innovation captures additional strategic elements, those for example that facilitate the sharing of intellectual property like licensing, and managing IP portfolios like liquid assets.  These are both academically precise terms, but the message seems similar for both open innovation and co-creation – basically there are benefits to innovating out in the open in the vast majority of cases, rather than in secret and in the dark.

Many will be familiar with the well-known ‘waterfall’ development model, a linear process that presents an obvious weakness – if marketing gets it wrong at start the whole process is destined to fail, potentially with a lot of pain. 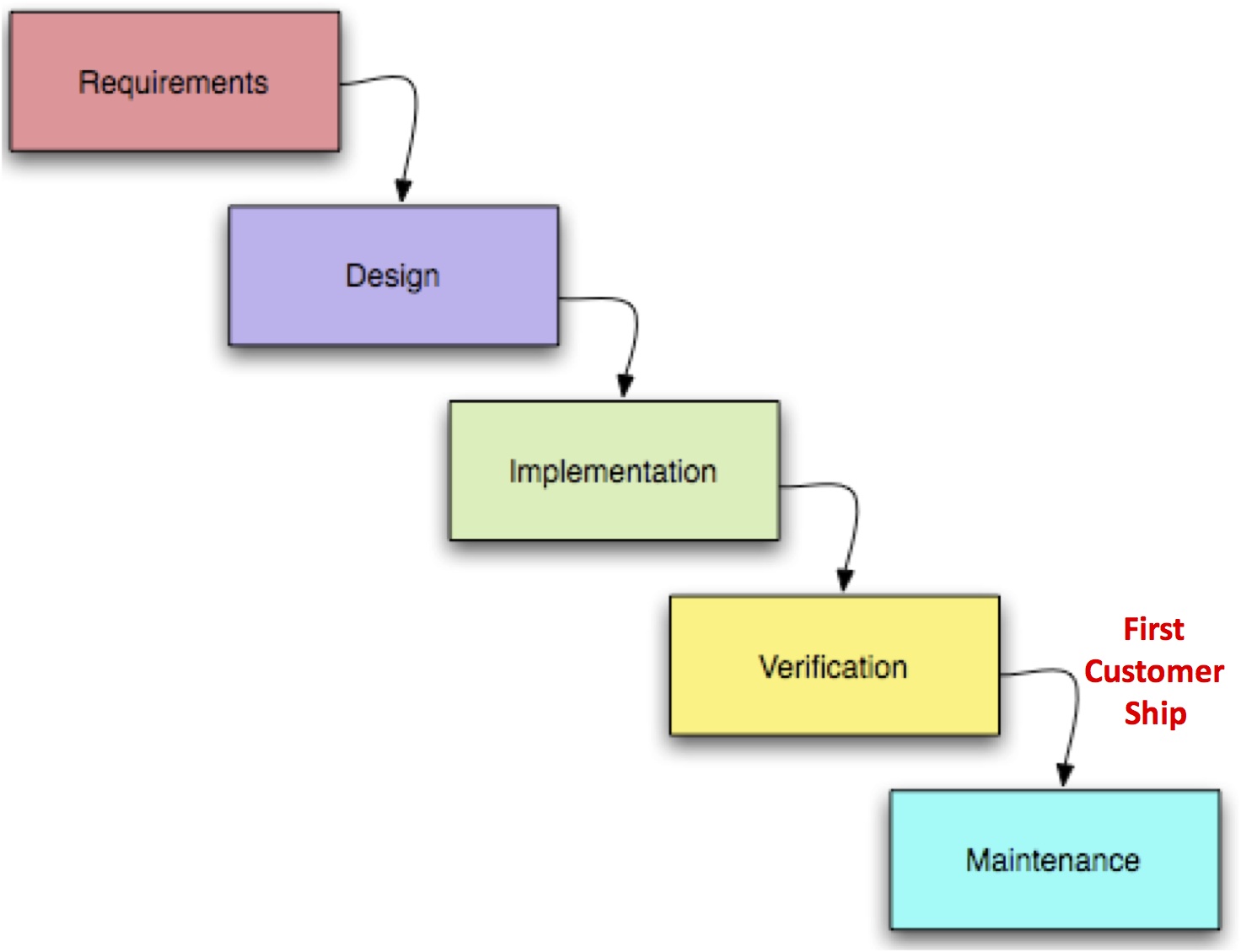 Co-creation and open innovation impose a different paradigm that emphasizes iteration and incremental development, something folks working in the software space will be familiar with as part of Agile Development. 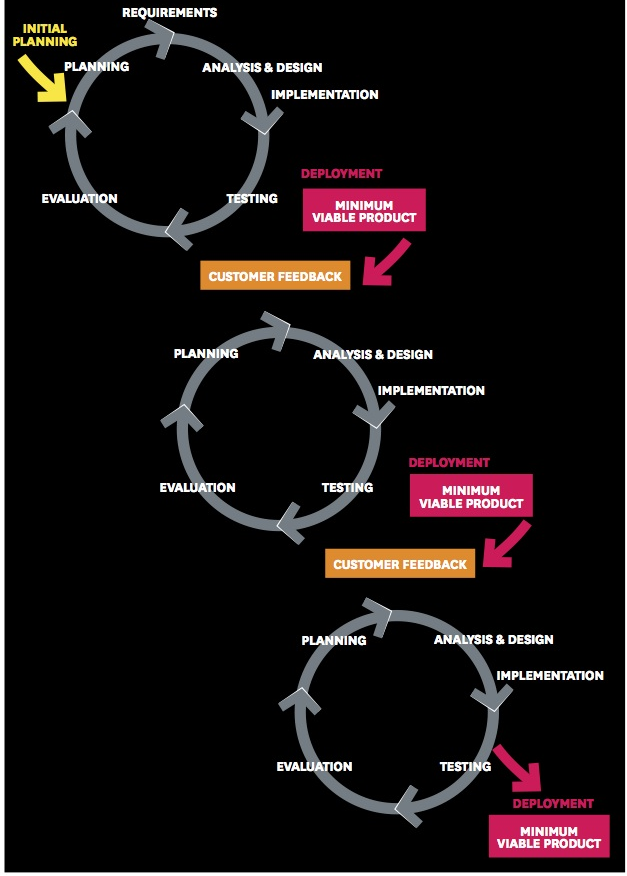 Considering the themes of open innovation and co-creation it is interesting to consider two bitterly competing companies with very different strategies for developing new products that win customers.

In 2011 Apple commenced patent infringement litigation against rival Samsung and documents released as part of the trial reveal fascinating glimpses of how the two mega corporations view social media as a channel for gaining intelligence on what clients wanted in their products.   In the years before 2011 Samsung was the underdog facing perhaps the ultimate consumer product ever made, the iPhone 5.  To beat their opponent their strategy included compiling millions of references to the iPhone posted to major social media channels and filtering the data to determine potential weaknesses of the product.  This required accessing posts on sites such as Tumblr, Twitter, Disqus, WordPress, YouTube, and Google hits data, using specialized automated search software. In the end they learned of significant dissatisfaction with aspects such as battery life and small screen size.  Samsung’s strategy was clever and subsequent events offer indications, if not direct evidence, of positive impact for their next generation products.

It is striking however to consider the broader attitudes and practices of Samsung and Apple.  While Samsung is heavily engaged with consumers through major channels such as FaceBook (40M likes), Apple is known to take a limited view of social media to the point that it has relatively little exposure in various channels.  Somewhat forgotten now is Ping, a service Apple launched within iTunes in 2010 as a music-oriented social networking service.  Ping experienced many problems and was closed in 2012.  Since then they a have made limited efforts to gain either gain presence or leadership in the social media domain.

Does Apple not need social media?  Evidently not so much given recent results.  There is a valid sounding theory out there that Apple allows its customers to create as much buzz as is advantageous, and maintaining some mystery and excitement is the best way of maximizing this effect.  Which brings us back to the ’56 Chevy and the wonderful secrets that are worth waiting for.