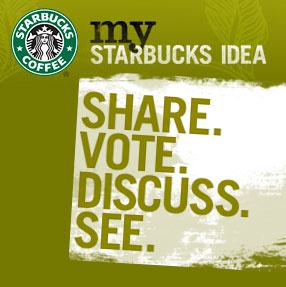 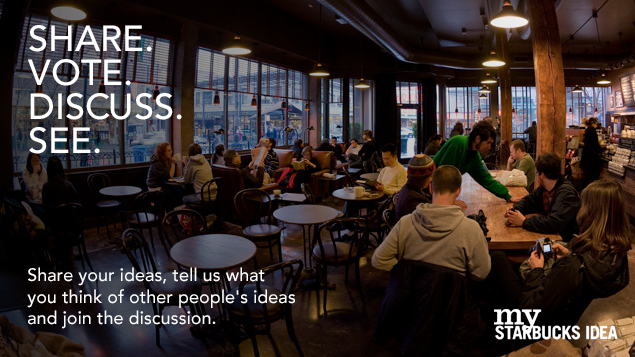 The Starbucks social media strategy is built around their company web site and six additional social platforms, including Twitter, Facebook, Pinterest, G+, Youtube, and
My Starbucks Idea – the Starbucks crowdsourcing platform, developed in March 2008, which has positioned them as one of the first corporate adopters of social media engagement.

In its first year it generated over 70,000 ideas directly from consumers, now close to seven years later, the site has impressive stats with over 190,000 ideas submitted, approximately 300 of which have been implemented by Starbucks.

Their engaged customers managed to create a number of product and service improvements via the platform and are able to share ideas on the hub regarding
anything linked to the brand, specifically: 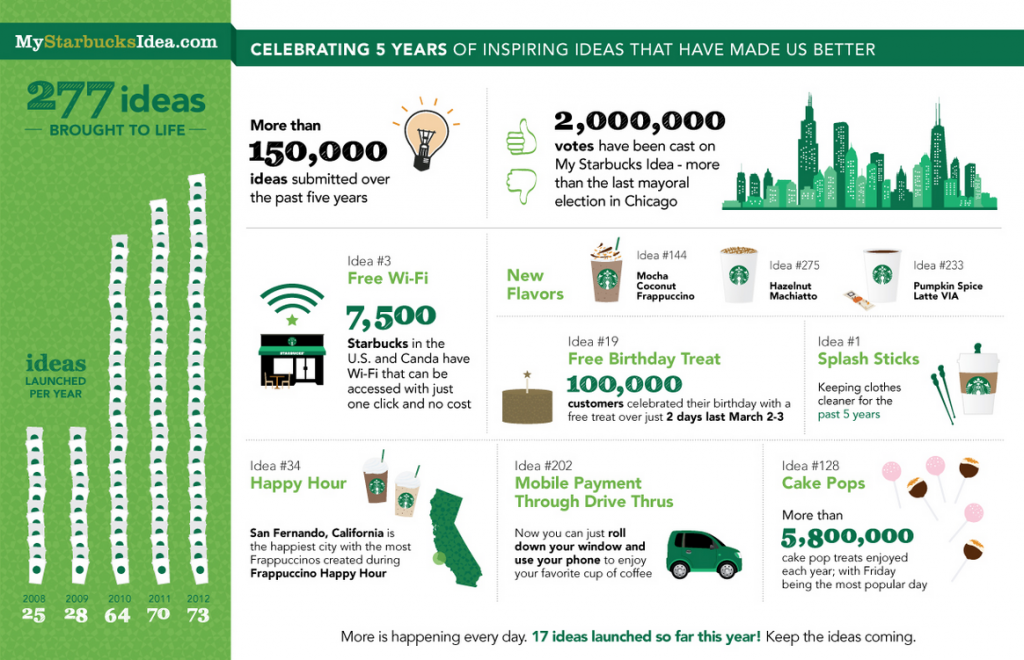 Some of the successes for My Starbucks Idea: 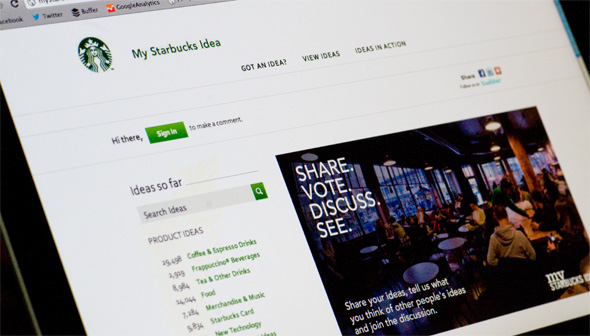 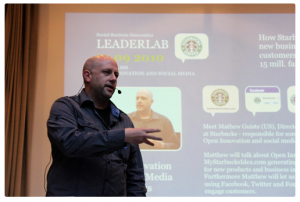 “The Best time to innovate is
during a crisis”
– Matthew Guiste

Benefits that Starbucks is receiving from crowdsourcing: 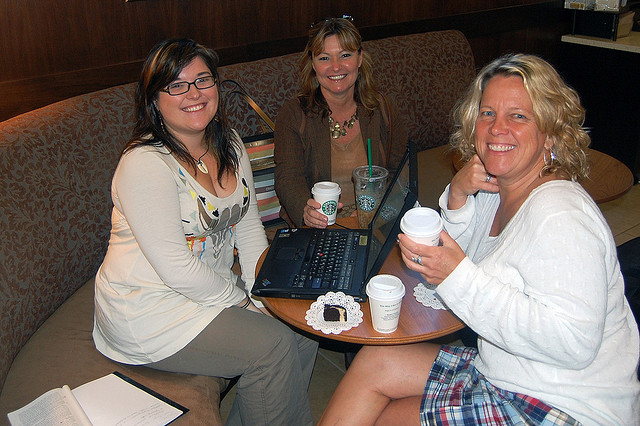 The Seattle coffee chain prides itself on how it engages customers through the use of social media as discussed in this audio clip with Interviewer, Poppy Harlow and Starbucks CEO & Chairman, Howard Schultz: 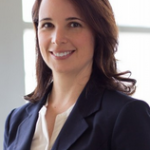 Amy Kenly, has over 15 years of marketing experience in the product development and PLM space. She leads Kalypso’s personal branding and eminence programs, and is a recognized thought leader in Social Product Innovation. Amy is an equestrian, a Red Sox enthusiast, and is addicted to Cheez-Its and Swedish Fish.

When I asked for her opinion and feedback on Starbucks’ success with social media, crowdsourcing and product innovation, she had this to say:

The My Starbucks Idea site is a classic, easy to understand crowdsourcing model. In a business-to-consumer (B2C) model, this can work really well. The site is easy to navigate and the voting and Leaderboard features addresses some of the gamification tactics that increase and sustain member participation. Their Ideas in Action section is important too – people are more likely to contribute when they feel they are heard and see the results. The thing that strikes me is the sheer volume of ideas vs the fact that there seem to be just two “Idea Partners” involved in listening to the ideas and addressing the critical translation layer between crowdsourcing and internal Starbucks product development. Our research shows that this is a challenge most companies face – how can they take the ideas generated in the fuzzy front end (often on sites like this that are managed by teams outside of the traditional R&D functions) and incorporate those into the existing internal ideation and portfolio management processes.

Note from the author:

Starbucks’ business crowdsourcing, via its My Starbucks Idea website, has been a huge success because they are committed to crowdsourcing and have combined the concepts of change, experimentation, social media, customer engagement, and market research and made the results key components of both their brand as well as their marketing strategy.

To contact the author of this entry please email at: tgeisel@sympatico.ca