Fire your Product Managers and Stop Looking for Investors – Replace Them with Your Facebook Followers!

Okay, maybe don’t fire them just yet but if you aren’t using your social media networks to bring new products to life, you are missing out.

Wired magazine published an article in 2006 describing a new organizational model that allowed companies to take functions that were once performed internally and outsource them to online communities in the form of an open call. Coined “crowdsourcing,” the concept is quickly moving beyond operational functions and is becoming common practice for getting ideas for new products and for getting feedback on those products directly from the people who use them.

In a marketing and communications context, crowdsourcing through social media is essentially the equivalent of a large scale, highly targeted focus group with the ability to provide instant and continuous feedback.

The number of methods and strategies for crowdsourcing are many. 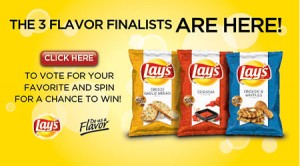 include asking fans to create new product variations through online product submission contests like that of Frito-Lay’s very successful “Do us a Flavour” campaign, which received 630,000 submissions over three months and generated immeasurable brand awareness.  LEGO has a long standing tradition of asking it’s customers for product ideas. Crowdsourcing has become so much a

part of LEGO’s product development strategy that they actually developed their own platform for submission, LEGO Ideas, that is available to fans anytime. LEGO receives thousands of submission a year but only reviews the ones that manage to generate at least 10,000 votes of support from other fans through the site.

However, coming up with a great idea is only a small portion of the work that is done when developing a product.  For small businesses, funding new and innovative ideas is equally challenging. As an extension of crowdsourcing, the concept of crowdfunding has grown immensely over the past few years.  Although there is nothing new about small business seeking investors, the idea of soliciting money from a large number of individuals to fund a specific initiative has not been an accepted practice. In fact, in some instances it was legislated against in the United States until the Obama administration passed the Jumpstart Our Business Startups (JOBS) Act into law in 2012 – officially sanctioning crowdfunding as a way for entrepreneurs to raise capital. In this excerpt of President Obama’s address, provided by Crowdsourcing.org, the President explains why the ability to source funds from the public is so important for entrepreneurs in particular.

With more than 586 platforms around the world, crowdfunding is now widely used across many industries. Most notably, crowdfunding has a particularly strong hold in creative endeavors and the entertainment industry.

A wonderful crowdfunding success story is Ontario based film company HighRise Studio. In 2013, the film company entrenched themselves in the production of Extraction Day, their biggest motion picture production ever. Being a small production company, with limited financial and staff resources, Director, Matt Ninaber, had to be innovative and use social networks to source everything from actors to props. “So many people opened up their doors to us,” he says. “It was constantly situations where we had connections to people who would let us use  facilities and we could just make the story happen.”

Partway through filming, they found themselves with plenty of good ideas and community support but not enough money to complete the project.  Determined to complete the project, they launched a campaign on the popular crowdfunding site Indiegogo, asking fans to help fund the $15,000 needed.  They created a promotional video to support the campaign and integrated promotion through a social media  and direct outreach campaign to their personal contacts.

Throughout the campaign, the company posted regular updates to keep their supporters engaged and continue spreading their message.  At the end of the campaign, they were successful in raising more than the $15,000 needed to complete the film.

In August of 2014 a trailer was released to promote the film  and give supporters a sneak peek at what their investment had helped create. In December, the film was released locally with great success and now is being distributed globally.

A decade ago, this film might not have been possible. Traditional investors are notoriously wary of creative endeavours and guerilla fundraising is time consuming and has limited reach. HighRise Studio was able to use crowdsourcing to create a final product that would traditionally have taken many years to complete – if it ever happened at all. Matt recognizes the importance of the contributions of the community in making what seemed impossible come to life. “We couldn’t have made this happen without the community,” he says. “We just wanted to make a movie. We didn’t think it would go this well.”

Although, crowdsourcing is clearly a frontrunner for all kinds of business functions, its not necessarily cheap or easy. Whether you are looking to crowdsource ideas or funds, there are some things to consider.

Do you have a crowdsourcing or crowdfunding success story?  Share this blog in your own networks and tag me on twitter @TabathaLaverty to share your story.

To contact the author of this entry please email at: tabatha.laverty@gmail.com
If you have concerns as to the accuracy of anything posted on this site please send your concerns to Peter Carr, Programme Director, Social Media for Business Performance.