Web References: Coca Cola: About Us

Coke raises over $ 2 million to save polar bears 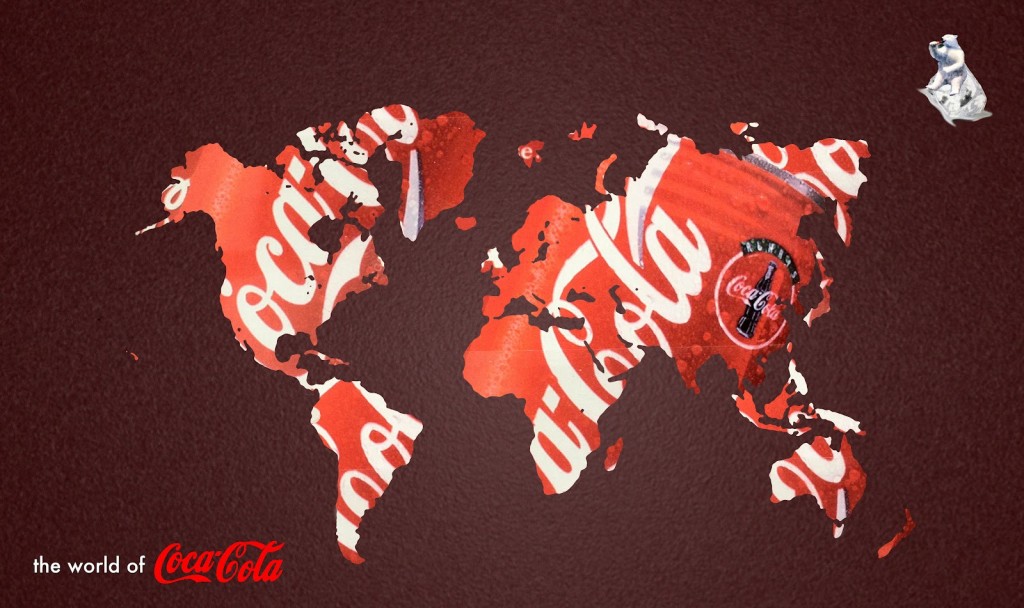 Our lives continue to take on a digital identity as mobile technology and social media continue to produce more accessible digital communities. These ecosystems are where the consumers dwell and where their conversations continue to fashion the various brands they converse about. Hence it is often critical to engage consumers early on in order to domesticate and innovate a brand. Almost everyone knows of Coca-Cola, in fact they have remained cemented as a house hold name. As one of the most iconic brands with roughly up to 1.9 billion daily servings globally, Coca-Cola has only grown in its consumer base.

Take a trip down memory lane and check out this classic commercial by Coca-Cola.

The brand has remained seasonally competent by engaging its consumers through traditional mediums on television and radio with complimentary messaging. The audio clip found below is one such radio commercial aired in the summer.

A brand under FIRE

Coca-Cola has continued to take fire through the years. The brand has remained engaged with its audience regardless of the nature of the spotlight. The company’s scrutiny is not limited to the possible health effects of the beverage’s intake. The company’s poor environmental record, questionable labor practices and accusations of violations of intellectual property have surfaced in the past. The brand has remained engaged with its Content 2020 marketing strategy; a concept that attempts to engage the world through content excellence. In my opinion this content drives the very momentum of consumer engagement with Coca-Cola and shifts attention away from potential negativity towards the brand.

From my perspective the brand has done absolutely brilliant things on social media;

Their MESSAGES tell a STORY, they have continued to evolve through their content. The brand’s various campaigns have attempted to capture the essence of various social movements. In doing so they fueled the inner activist in each of us. Examples range from their Arctic Home Campaign which generated over $ 2 million for the World Wildlife Fund (WWF) to the most recent #MakeItHappy campaign that was launched during the 2015 Super Bowl. With such large multicultural communities to engage with, the brand has championed a degree of social change. They have also managed to keep their branding current with outstanding visuals and the latest of vocal innovation by Grammy winning artists like Taylor Swift.

Coca-Cola has used various MEDIUMS to engage with its consumers. The use of Coca-Cola.TV, Coca-Cola.FM and live streaming events and engagement of said events via social media has earned them quite the following. From Michael Sam to Danica Patrick, Coca-Cola has provided these leaders with the platform to champion social change.

Their PARTNERSHIPS with innovators to create platforms in the digital environment has created a brand new social landscape. An example of one such partnership is with social software industry leader ‘Thismoment‘, by which large-scale digital marketing initiatives have been executed to better engage with one’s consumers. Partnering with ParticipACTION, Coca-Cola acted on concerns of increasing incidence of childhood obesity. They created a platform with this organization to produce an environment for a healthier, more active, more engaged youth.

I believe that Coca-Cola has remained quite cognizant of its environment and strategically produced content that fosters positive artistry with the brand. The fact that the artistry deals with social issues and champions positive change is sheer brilliance.

The consumer is by far the best brand ambassador especially in the social media stratosphere. It’s quite possible that Coca-Cola’s engaging consumer base will lead its identity over its next marketing hurdle. Compared to Coca-Cola, very few brands have such a large divergent audience. Yet they remain the prime example of revolutionary consumer engagement. With this in mind, brands must be cognizant of the following when engaging consumers on social media;

– The size of their preliminary online communities; consider it relative to the reach of your consumer base. It affords sustainable engagement with the consumer.

– The level of transparency; consider what your competitors would do with your information. The brand must find just the right balance in transparency in order to engage consumers without being vulnerable to one’s competitors.

– The creative environment you will facilitate in building; with your online communities. While employing such an environment to capture qualitative data, the brand must be creative in sustaining its viewership.

Consumer engagement is only part of brand management but it is also a form of evaluation that continues to shape a brand’s identity. This brand has been able to use their social-corporate responsibility to revolutionize its evolution and capture the attention of various audiences. Whether it’s the millennial generation or the baby boomers, they have forged a living brand that feels the pulse of its global Cocaholics.

Submitted By: Yoshi Perera, Public Health Professional
To contact the author of this entry please email at: yoshdrp87@gmail.com