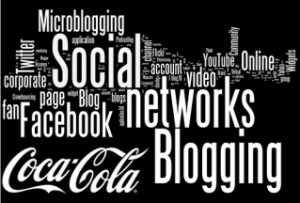 As we all know very well, social media is an essential tool for businesses and organizations in the 21st century. However, this is not only about marketing and engaging company’s fans; it is also about employees, the very company’s core. Employees’ engagement through social networks such as Facebook, LinkedIn and so on is happening all the time, but the major challenge is to trace it in a way which will benefit the organization as well as the employees within the organization.

Some research has been done on this field, and it is shown that employees’ participation in social media may lead higher job satisfaction and productivity, yet inappropriate participation such as using social media for personal matters might decrease workers’ performance. Whereas there are discussions dealing with the required restrictions on social network use at work, and its potential negative influence; there is #CocaCola that took one step ahead and developed a special way of thinking regarding the controversial issue. Coca-Cola is not focusing just on the policy of the appropriate use at work, but also deals with the difficult question of how its employees actually can engage and have fun hand in hand with enriching and amplifying the company’s presence in social media.

Adam Brown from Coca-Cola about the company’s social media policy:
“How (Coca-Cola’s workers) should best interact in those  conversations”

Back in 2009, one of the early birds to embrace the use of social media by employees in order to benefit both workers and the company is Coca-Cola. With over 130,000 associates and over 700,000 system employees world-wide, Coca-Cola has launched innovative policy principles for employees to participate in social networks. The purpose of this act was and still is to facilitate employees’ involvement in social media on behalf of the company in a simple and understandable way. It should be noted that the company revises the policy regularly, and the last change was in summer 2013.

The guidelines firstly include a very short overview of the company and its reputation as “the world’s largest beverage company, refreshing consumers with more than 500 sparkling and still brands… and inspire moments of optimism and happiness and build our brands”.

Secondly, the company states its five objectives of commitment to public interaction and internal interaction, including:

Fourthly, the company motivates workers to gain the internal “Social Media Certificate”, in order to be part Coca-Cola “spokespeople” around the world. As a spokesperson, workers are required to follow the above principles in addition to giving credits, and use caution when posting, because “the internet is permanent”.

In summary, Coca-Cola has been changing the game rules, buy giving responsibility and ownership for its employees to engage, post, tweet and comment on behalf of the company’s name, while keeping this business process as effective and efficient as possible. Short and clear guidelines such as the ones here, may enable the workers to decide almost independently what is an appropriate engagement in social networks , and how they can share and have fun for theirs and Coca-Cola’s benefit at the same time.

The social media world has a very large influence on people’s lives; they share information, feelings, emotions and opinion over social networks and various web locations, and often consult with others. Coca-Cola recognized the potential impact of its employees on the web, and has decided to use its own mass power by giving the employees permission, and moreover to encourage them to take part in web conversation. Coca-Cola has also taking into account that many people would prefer short instructions rather than long and tiring document. Therefore, the social media principles include only short and concise three pages, but still include all of the basic and necessary informations.

In short, three important lessons are to be kept in mind:

To contact the author of this entry, please email at: sm-sm-sm@outlook.com