The Lay of the Land:

“To win in the marketplace you must first win in the workplace.” – Doug Conant, CEO of Campbell’s Soup

A company that values its employee’s contributions will actively engage in Employee Involvement (the “EI”) – it becomes an extension of a workplace culture (think GOOGLE as a prime example).

The logic is rather simple: if a company listens and engages in a positive way its employees, they in turn will be happier performing their tasks, which, in return, will improve the company’s bottom-line.

Who Cares about EI?

Implementing a solid EI strategy should be a key initiative for any company, regardless of size. Not convinced?

“Companies with highly engaged employees demonstrate a 3-year revenue growth of 20.1%, compared to the 8.9% their industry peers will average. They also establish a 3-year EBITDA growth that is three times higher than their industry peers. Shifting an individual employee from low engagement to high engagement can increase discretionary effort level by 60%, improve employee performance by up to 20%, and significantly reduce recruitment costs” (1).

As well, it should be noted that an estimated $12 billion dollars is lost to workplace absenteeism each year, according to Statistics Canada. Of course no one is insinuating that this figure would be nil if all companies adhered to a successful EI strategy – but I think it’s fair to say that it would be much lower if more companies showed a bit more commitment towards engaging their employees on a regular basis and…in a meaningful way. 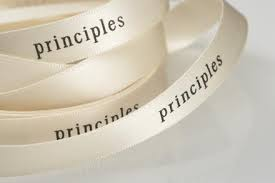 Companies that adhere to the principles of EI are following these basic principles:

Social Media to the Rescue:

“It takes 20 years to build a reputation and five minutes to ruin it.” – Warren Buffett, chairman, CEO of Berkshire Hathaway

Companies that have achieved a high degree of success implementing their EI plans have relied on social media to a large extent. I wish to share an example of how one company in particular used social media to actively engage its employees.  Before proceeding, it would be important to communicate to all readers the following: 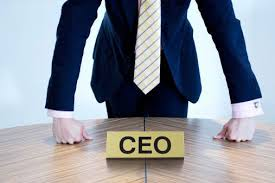 Mayo Clinic – Is it day time or night time?

The Mayo Clinic functions within the medical & research industry and employs more than 56,000 people across three states. The workforce is diversified and includes physicians, nurses, scientists, administrators, technicians and support staff.

Engaging all employees would be a difficult task since they have different shifts at different times, based on frequent erratic schedules (i.e. think critical care nurses and night time doctors).

The Communications Team at the Mayo Clinic realized that to engage its employees via social media “it takes a good plan, multiple tactics, and time to start reaching your objectives”.

Add Another Layer On!

They employed a multi-layer approach to digital media in order to communicate effectively with employees.

The Communications Team realized that employees wanted to provide feedback on corporate initiatives, have frequent conversations with the executive team and promote new concepts, ideas. It was time to empower them and allow them to interact.

A video was produced detailing how employees contributed to the overall financial success of the company and “how each of them has the power to create the future of our organization”.

The CEO and Chief Administrator hosted 29 face-to-face meetings with staff where they shared the video and discussed the company’s strategic direction.

Fourth layer – bring on the blog

A blog was initiated to invite all employees to engage in the conversation. Within 14 days, 22,000 employees had visited the blog. The blog was updated on a frequent basis with patient and staff stories, webcast videos, updates on clinical activities and at all times, the blog would request feedback from all employees.

It’s all about results:

Executives at Mayo Clinic realized that for a social digital media campaign to be effective you have to make the process easy – employees wish to engage in conversations but NOT outside of their workflow. They allowed employees to interact in places they visit on a regular basis (in this case news delivery and intranet channels).

They also realized that they needed to “go” where the employees were (which explained the numerous face-to-face meetings) – as opposed to bringing them to a new space.

Finally, it became clear that to engage employees, one does not need an expensive infrastructure – it is not hard or expensive to establish a two-way communication channel with employees.

The campaign is still going on strong and the communications team is looking at leveraging the use of mobile devices.

“Social media makes our employees a part of the communication, a part of the conversation. It’s changing not only employee communication but also how employees contribute to the success of the organization. We have only scratched the surface, but we know we’re making an impact when we read employee comments such as this one, which was posted in response to The Mayo Effect video: “I’ll carry it with me to each patient encounter. Thanks.”

Alexis Klein is a seasoned communications and marketing professional who has over 20 years of experience in the investment industry. He is fluently bilingual, graduated with a Specialized Honours B.A in Economics and has obtained his Chartered Investment Manager designation and his Fellow of the Canadian Securities Institute designation. He is also the founder of the Global Women’s Equity Fund concept – a first in Canada.