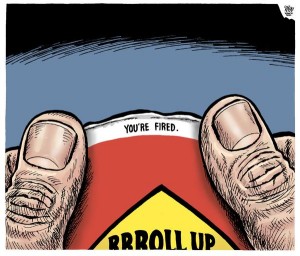 The word disaster is a noun which is pronounced dəˈzastər. The date is January 29th, 2015 and the time is 10:00 p.m.  My prediction is that within the next 48 hours, the senior executives at Tim Hortons will be struggling to overcome what will surely be the first (and perhaps most significant) social media disaster in Canada in 2015.

U.S.-based Burger King which bought Tim Hortons last year had announced that “minimal” job cuts would occur but that there would be “great opportunities” for other employees.

Let’s go back in time to last Friday, January 23th, 2015. An email from Burger King head office to its employees states that “We have nothing to announce at this time, however we are committed to communicating with you as soon as we are in a position to do so.” (1)

And did they ever communicate! As of yesterday, 20 per cent of Tim Horton’s workforce (representing 350-400 employees) was terminated. (2)

Tim Horton and Burger King did a very poor job (and I’m being polite here) of communicating via email with their employees and the general public. The few (internal) emails they sent reassured employees that there were no reasons to be alarmed and that really, no major announcements were planned. Surprise!

Have you looked at Tim Horton’s Facebook lately? Well, front and center is their catch phrase which reads: Tim Hortons, More Good to Love.

No mention about any facets of the major corporate restructuring. No dialogue whatsoever with the consumers or general public.

They should. Do you know why? Look at the postings from the consumers as of, say, right now…

That’s it folks, I no longer consider you a Canadian institution. I refuse to enter your store again. Tell your new corporate masters we don’t like their methods. They can go back where they came from.

Can you guess what the latest is on Tim Horton’s Twitter? Yup, More Good to Love. Nothing about on-going events. Still no interaction with general public or consumers. Hum…I wonder what your Tim Horton coffee drinker is tweeting about…how about these latest:

@HuffPostCanada Another Harper’s blunder, as yet again a Mass layoff of Canadians this time from Harper’s ok foreign takeover of Tim Horton

Massive Layoff at Tim Horton’s Who didn’t see this coming. 3G capital wants a 20% return on $12+ Billion staff costs too much #timhortons

This is the ultimate demonstration of social media corporate “screw up”. Still (of course) no announcement or interaction with consumers or general public on the latest events. Meanwhile, consumers are hard at work posting on Tim Horton’s public website their own opinions of  the layoffs and it’s not pretty.

Hey, I have been a dedicated Tim Hortons customer since the day they opened. I own 2 TH coffee makers and we go through so much TH coffee. We have bought coffee mugs, gift cards, christmas ornaments, etc.etc. But NO MORE. Lay offs after the take over = boycott. CYA Timmies!

Well my family’s thousands of dollars that we spend at your various franchises every year will now be spent elsewhere. My husband buys a coffee a day minimum, that’s not even including weekends, family trips, the many days he buys two or three, or lunch, or even dinner. We’ve been faithfully patronizing your chain because we love good ol’ Timmies, but you can bet I won’t sip another coffee from you. Canadians pride themselves on being compassionate, welcoming, polite and kind people..way to uphold that Canadian pride. Business is business, but not done your way. That’s just low Tim Hortons.

As expected, no dialogue, no postings from Tim Hortons on current affairs. Complete communication blackout. Here’s the text featured on their profile:

Exceptional people belong in an exceptional place. Tim Hortons is more than a place to work – it’s a chance to be a part of the driving force behind a company and culture so many people love.

They got that right! 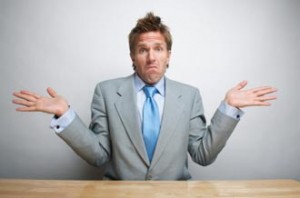 My emails – what a joke:

Today, I emailed Scott Bonikowsky, VP of corporate, public and government affairs and asked him how and when he would engage his social media team to respond to all the negative comments from the consumers. I received an email back (auto-reply) asking me to contact Julie Foutris, which I did.  Her email was short: I no longer work here.

Alexis Klein is a seasoned communications and marketing professional who has over 20 years of experience in the investment industry.  He is fluently bilingual, graduated with a Specialized Honours B.A in Economics and has obtained his Chartered Investment Manager designation and his Fellow of the Canadian Securities Institute designation.  He is also the founder of the Global Women’s Equity Fund concept – a first in Canada.