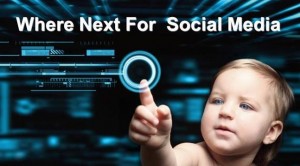 “We don’t have a choice on whether we DO social media, the question is HOW WELL WE DO IT.” ProjectRYF

The future is right here right now.  Experts predict the Internet will become ‘like electricity’ — less visible, yet more deeply embedded in people’s lives. It will just become a way of life and we will hardly remember a time when we were not constantly connected.

No one really knows where social media will be in the future.  There is a lot of research projecting where social media will take society – many which contrast each other.  Nick Anderson, ProjectRYF.com shares stunning facts about how social media signifies a fundamental shift in the way we communicate.  The  research in “WakeUpNow – The Social Media Revolution 2014 – 2015” shares the following facts:

This research is in direct contrast to ere.net The Last Social Network: The Future of Social Media, which articulates that we are entering a time of social fatigue. A recent survey from Pew Research found that 61% of current Facebook users have voluntarily taken a break from using Facebook for a period of several weeks or more, and 20 percent of the online adults who do not currently use Facebook say they once used the site but no longer do so.  This forecast predicts decreasing use and says “The honeymoon is over”. Among the top reasons cited for decreased time spent on Facebook are: it’s a waste of time; bored with it; content is not relevant; and just didn’t like it.

People are saturated with trivial, nonsense content.  What you had for breakfast doesn’t matter to me.  I have no free time – between full-time work, part-time hobby business, being a student, being a mother and wife, volunteering, gardening and chauffeuring a pre-teen – I don’t have time for useless content. This doesn’t mean that I am going to abandon social media. Overall, I know the time I spend in social networking continues to rise.  According to Nielsen Media I am not alone, social networking is up 38% over the previous year — more than any other online activity. 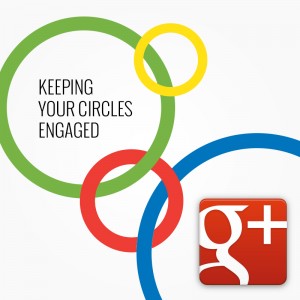 But what I do know is that there are alternatives.  “Anti-Facebook” – Ello and Google Circles is building on our frustration of mass audience communication. People are moving to a more closed form of communication where we use our precious free time to engage with people who really matter.  I think we will see a shift in people building large Facebook friend numbers and begin to “un-friend” and end “fan” notification of people and businesses that do not add any value to our daily lives.

Social media is not a fad, it is a fundamental shift in the way we communication.  We don’t have a choice in whether we use social media, but we have a choice in how well we prepare to use the tools, how well we craft our messages, and when we choose to deliver content that adds value to the lives of our audience.  The attached audio file was prepared by a 10 year team member of the Sauble Trading Post staff who will help the family business stay up to date with new technology.

I invite you to watch my three-minute video filmed at Sauble Beach.  I share views on the using social media to shape the future of the Sauble Trading Post on-line, while we work to re-build our store on the shore of Lake Huron.

The key to the future is to stay connected, be flexible and willing to adapt as the social media landscape changes. As an entrepreneur and small business owner, I will continue to look for ways to reach you via social media, but ultimately, I want to see your face, not your Facebook!  Let’s drink a coffee in the morning, enjoy an ice cream cone at sunset, share a hug in times of sorrow, and a laugh in times of joy.

Internet of Things could be Big Brother, Waterloo Record

Small Businesses are Positive about Future with the Internet of Things, Globe and Mail, May 2014