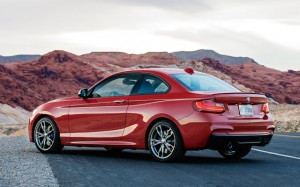 What is the impact social media is having on marketing?

Social media has transformed the way marketer’s market things to us. It’s as simple as remembering the days when websites that we use daily, like Facebook or Google, had no advertisements. It didn’t take long to figure out that social media makes it easier to build a brand’s visibility over the web.

“Businesses are continuing to re-allocate budgets away from traditional methods of advertising towards social media and other inbound marketing strategies”.

If you’d prefer to watch a video about this topic rather than read on, here’s a great video on the role of social media transforming ideas into movements.

Another part of the Forbes article that predicts some very interesting trends going forward including a come back from myspace, greater usage and expansion of Google+, wide spread usage in image based social media platforms like Instagram and Pinterest and growth of micro-videos. BMW seems to be on point with these trends because they took advantage of the last two points mentioned in their latest campaign. Let’s take a look at what they did below.

Like most businesses, BMW had the basics of social media down.

“Of course we’re on Facebook, Twitter…” says Sebastian Schwiening, a 29 year old digital marketing manager. He started at BMW in 2010, fresh out of the University of Kiel business school in Germany.

The challenge with branching out for Steven Althaus BMW’s Global Director of Brand Management, was pitching his ideas to a some what more traditional group of executives who required proof and reasoning of how his ideas would equate to a successful social media campaign. It happens that BMW funds research for MIT’s Centre for Digital Business and he worked with them to research consumers interactions with each other on social media.

They allowed individuals to put together their own BMW-based videos using the following tools: their iPhone, video and photos. The results were measured and turns out, when people are talking about a product with each other, there’s a higher level of trust than if it were a conversation between a individual and a business.

Some additional results showed that consumers can form “relationships” with brands that resemble having a pet. Individuals are interested in a compelling story and they’re willing to share and talk about it. For this very reason, the pitch was presented and accepted. What was the pitch?

As part of a campaign on Twitter called #bmwstories, Althaus was able to have BMW’s new car the M235i, featured in a “drift mob”. For those of you who may not be familiar, this is a play on words in reference to “flash mobs”. Flash mobs are groups of people who assemble suddenly in a public place to perform a staged act, such as dancing, for a short time then disperse quickly.

With proof of the social media effectiveness and the potential to have BMW fans everywhere talking about BMW, the executives approved the drift mob. It involved five professional drivers, high speeds and the use of the M235i’s rear wheel capabilities around a traffic circle in Cape Town, South Africa.

I did an interview with Corrie Hammond who works with social media in relation to customer service for a Canadian bank. She gave some great info in under 2 minutes which I’ve included in the following audio file:

She mentions using Hootsuite to manage the various channels used for her bank. It allows her to keep track of everything that comes in via social media. She works for a direct bank so social media is an important part of keeping in touch with Clients and creating a direct line of contact. She talks about the importance of Clients feelings connected and having a place to interact.

It’s not always about showing off or trying to be number one when creating your social media strategy. It’s about be relevant, being interesting and if you’re these two things, people are bound to take interest and talk about it. Just like people, brands have their own story to tell. BMW took drifting which is a phenomenon on YouTube and turned it into something their target market would be interested in and reached new audiences at the same time.

To contact the author of this entry please email at: Amanda.ganie@gmail.com If you have concerns as to the accuracy of anything posted on this site please send your concerns to Peter Carr, Programme Director, Social Media for Business Performance.