If, “Transparency is the new currency”  … What do you do when it hits the fan? When the worst scenario possible happens… What do you do? How do you (literally in the case of Maple Leaf Foods) save your bacon? 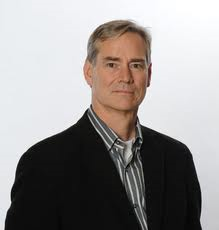 Customer engagement, trust, building brand loyalty, being there for your clients when it’s not convenient is not always easy, just ask Maple Leaf Foods (MLF). In 2008 there was a widespread outbreak of listeriosis linked to cold cuts from a Maple Leaf Foods plant in Toronto, Ontario, Canada. 22 people died and there were 57 total confirmed cases.  A public relations nightmare, Maple Leaf Food’s CEO Michael McCain, stated to Globe and Mail reporter Gordon Pitts on November 28, 2008;

“…he had closed down the plant and ordered a recall of its products, … apologized and expressed his sympathy for the victims of the nationwide listeriosis outbreak. He followed up with a press conference the next day, … there are two advisers I’ve paid no attention to, The first are the lawyers, and the second are the accountants. It’s not about money or legal liability-this is about our being accountable for providing consumers with safe food.”

What about now? What about MLF’s recovery? Have you ever thought of changing your life with THE BACON DANCE?

Did McCain turn things around?

The Toronto-based company returned to profitability in 2009 after spending much of 2008 dealing with the perfect storm: rising commodity prices, an economic downturn and the fallout from the listeria crisis. Despite all of this, at the end of October 2009, they reported a net income of $22.5-million compared to a net loss of $12.9-million a year ago.

To what, to whom does the credit go?

The return to brand loyalty

To contact the author of this entry please email at jtorley@rogers.com