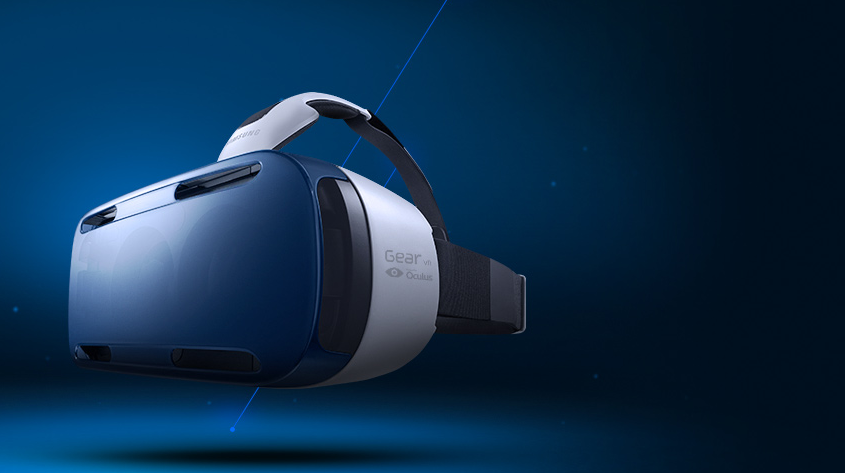 Who are they?
Oculus Rift is an emerging technology company that has created what they have called the next generation in virtual reality. The Oculus VR Headset promises high resolution, low video lag tracking over a wide field of view. Oculus Rift is a crowdfunding success story, having raised $2.4 million on a funding goal of $250,000.

In the spring of 2014 Facebook acquired Oculus Rift for $2 billion. This event legitimized the goals of Oculus Rift and made them the main player in their industry.

Power? To the people.
As a company birthed in the social media of crowdfunding, Oculus Rift has always maintained a close relationship with their potential customers. Keep in mind that the product that they provide: a virtual reality headset; is pre-market and has not yet been released. Oculus has used the billions invested in it to further development and speed the product to market. One of the first things that were released to the general public has been a software developer kit (SDK) consisting of a headset, software and assorted peripherals. The SDK would allow talented developers to troubleshoot the product and provide improvements and recommendations at a minimal cost to Oculus. Essentially the early adopting users are now the research and development arm of Oculus.

To date the developer community has created game environments, “real” life applications and has helped to fine tune the hardware to make it more user friendly. Oculus has also collaborated with high powered partners including Samsung to leverage their experience in technology and the vagaries of marketing and production.

By building on their initial hype, facilitating shrewd investments, fostering strategic partnerships and enlisting the direct help of their customers Oculus is primed to make a big splash in the VR market. The question now has gone from “if” to “when”.

If you have concerns as to the accuracy of anything posted on this site please send your concerns to Peter Carr, Programme Director

References:
Oculus Rift: Step Into the Game
The superfast rise of Oculus VR: How it went from startup to $2B acquisition in 21 months