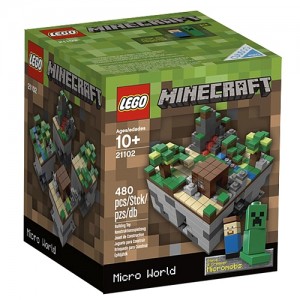 Description:
The LEGO Group is a Toy manufacturer based in Denmark. Founded in 1932, the company is best known for its manufacturing of plastic brick Lego toy brand. The Lego Group currently holds the title of Worlds Largest Toy Manufacturer in 2014 with sales up 11% to $2 billion in the first six months according to Forbes magazine.

Strategy and Approach:
The Internet and social media has enabled companies to tap into consumer knowledge and utilize crowdsourcing ideas to develop and implement new products. Crowdsourcing is an innovative and open approach to product design where consumers have a direct say in the development of products, rather than the usual passive nature of “consuming” a product instead of actively “developing.” At times, consumers are even given incentives to participate in the new product campaigns. This new form of cooperation enables consumers and companies to create fresh and innovative ideas with minimal restrictions.

Here is a podcast by Innovation Hub regarding the Future of Crowdsourcing:

Social Campaign:
What first started out as a social experiment in collaboration with Japanese company CUUSOO Systems in 2008, LEGO has expanded its crowdsourcing efforts to a global campaign titled LEGO Ideas. The company utilizes social media as well as its own dedicated website to interact with consumers for crowdsourcing ideas and new product development.

LEGO Ideas gives consumers the opportunity to build their own LEGO model and submit a proposal to the online community for a voting. Once a project receives 10,000 supporters, it is eligible for review by the LEGO Review Board. If the project is chosen to become a set, the applicant is featured in set materials, receives royalties on sales, and is officially recognized as the set creator.

A great example of a successful LEGO Ideas crowdsourcing set is the LEGO Minecraft line. Already popular as a standalone brand, the Minecraft set hit 10,000 supporters in a matter of 48 hours. The average time allotted for a project to receive supporters is 365 days.

Lessons Learned:
– Crowdsourcing changes the way companies approach new product development as it promotes transparency and also boosts marketing. Consumers are directly involved with the development and implementation process.
– Here, social media is used as a tool for promotion. Consumers utilize social media to spread awareness of their ideas, and in turn generate dialogue with others.
– Websites dedicated to specific social campaigns are useful for organizational purposes, and companies can directly gauge how well the campaign is doing through feedback from their online communities.

References:
LEGO Ideas: How It Works
LEGO CUUSOO
LEGO Crowdsources Its Way to New Toys – Businessweek
Everything Is Awesome: LEGO Leaps Barbie For World’s Largest Toy Maker – Forbes
LEGO Minecraft: A Lesson in Crowdsourcing
How Crowdsourcing and Open Innovation Could Change the World

Disclaimer:
LEGO® is a trademark of the LEGO Group of companies which does not sponsor, authorize or endorse this site.