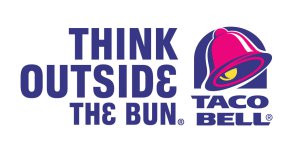 Taco Bell has found out the best new and innovated way to introduce new items to their menu as well as interacting with their consumers, and that is; through the use of the very popular app Snapchat. In May 2013, Taco Bell used their twitter page to introduce their Snapchat username and encouraged people to add them as a friend to their list.

Their message to all the users who had added the company, was that they were reintroducing the Beefy Crunch Burrito. Director of Social and Digital Marketing 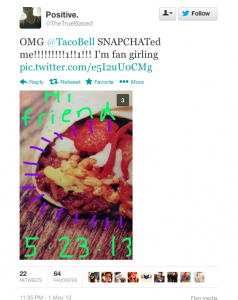 “Sharing that story on Snapchat is a fun way to connect with the fans that we are thrilled to have. It’s all about treating them like personal friends and not consumers.” 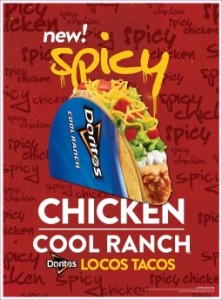 “One thing we’re serious about is how we engage with our fans — we engage them the way they expect to be engaged,”

Taco Bell has developed a very strong fan base through Snapchat in a year to believe that their Snapchat Story video would be a great success. A Snapchat Story disappears 24 hours after posted, which makes Taco Bell’s content post an intimate connection between their product/brand and their consumer.

Submitted By
Emilie van Dijk, SMBP Student, University of Waterloo
To contact the author of this entry please email at: emiliebvandijk@gmail.com