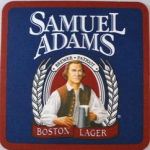 Description of how social media is used for business performance:
Samuel Adams was founded on six generations of brewing experience. During the 1980s there were virtually no widely distributed microbrews. Jim Koch talks about the difference a microbrew makes in an old radio ad from the 90s. It was a want for good beer that led him to seize the opportunity. He had the help of an old family favourite recipe, approximately 150 years old, and Samuel Adams debuted in Boston in the spring of 1985. Named for Samuel Adams, a Boston patriot who had also inherited a brewing tradition.

“For years, craft beers were a largely ignored curiosity in American beer. When I started Sam Adams, beer drinkers had two choices: mass-produced domestic beer that was consistent and well made — the equiv of fast food — or imports. The mentality of beer was completely different. No one thought about beer as having quality differences.

Over time, Sam Adams and the whole craft movement began to slowly change the way Americans think about their own beer. Today, the center of creativity and quality in brewing has migrated from Europe to the United States.” – Jim Koch

Samuel Adams has since become a successful brewing company expanding into an 1,100 person company with 1% of the overall beer market. The craft beer industry makes up 6.5%. Jim Koch, Founder of Samuel Adams, prides his company and his customers on their love of beer. It was this philosophy, with the help of social media guru Guy Kawasaki, that lead to the Samuel Adams Crowd Craft Project. 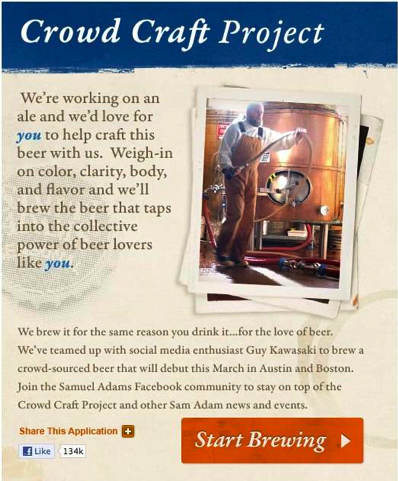 The crowd craft project gave beer lovers the chance to choose the balance of six different aspects of beer. To submit your feedback all you had to do was install the app and make your choices. Samuel Adams then was going to use the feedback to create a really great beer! Here’s an example from The daily craic. 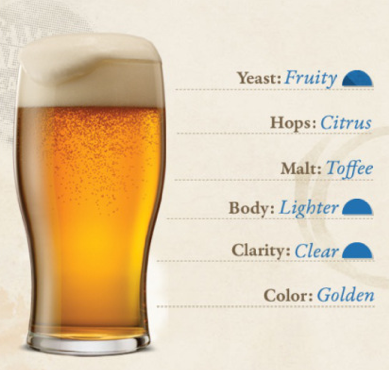 After all the results were tallied – B’Austin Ale was born. It was released at the South by Southwest Interactive Festival in Austin Texas. It featured a unique taste and got very positive reviews. 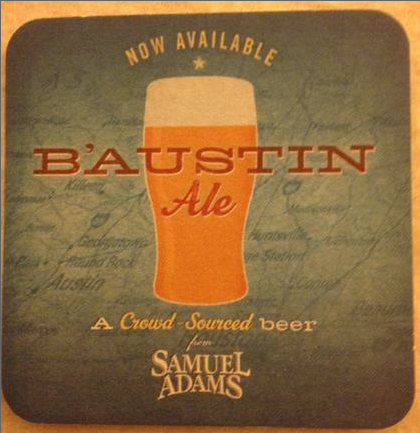 It was a limited release on the beer but Samuel Adam’s made the recipe available for the public. According to Jim koch, it’s all about the love of beer!

“We all do have so much pride in our beer.” – Jim Koch

Lessons for others:
Apparently Samuel Adams wasn’t really using facebook as a social tool before the introduction of the craft your own beer application. It just shows that there are many ways to reach out to your consumers. Also it was quite genius to do a limited release. It allows Samuel Adams the opportunity to do the promotion again if they find another perfect venue. By releasing the recipe, even those who couldn’t enjoy it at the festival have a chance to enjoy it for years to come.

Submitted By: Shannon Leak
To contact the author of this entry please email at: shannonleak@hotmail.com

It’s All About the Beer, and Independence

Samuel Adams Founder on the Small Business Recipe for Success