EDM, or better known as electronic dance music, is blowing up the music industry more increasingly everyday. So much so, that the idea of EDM went from a being known as “sketchy” underground music in the mid 90’s, to fun chart-topping beats that youngsters blast in their cars on their way home from work. As this genre continues to grow more and more mainstream, listeners can attribute the solidarity of this music from experiences of hearing it at popular music festivals.

We can thank Insomniac events for playing a large part in this, and more importantly its founder, Pasquale Rotella. Rated #2 on Rolling Stones’ 50 Most Important People in EDM, Pasquale continues to grow his brand with his immensely popular events scattered all across major worldwide cities. Electric Daisy Carnival, Beyond Wonderland, Electric Forest just to name a few. 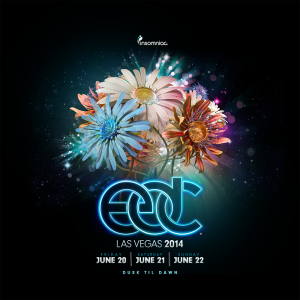 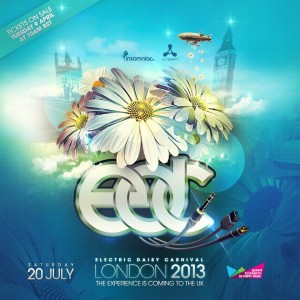 As a future Insomniac festival attendee, I am well aware of the amount of preparation and organization that goes into a production such as this one. There are many things that must be taken under consideration. Las Vegas’ Electric Daisy Carnival lives in the middle of Las Vegas Motor Speedway. Shuttles are arranged from the Las Vegas strip to transport customers to and from the festival. This, plus lockers; food; drinks; security; line-ups and many more requirements must be considered. Questions and concerns are always going to arise when putting an event like this together, especially when tickets aren’t exactly the cheapest. A rather pricey ticket to one of these festivals goes a long way, as Insomniac ensures that each penny is well spent.

The above video exemplifies just ONE festival out of many that Insomniac produces. The overall spectacle of each show blows any small scale dance festival out of the water. Pasquale’s main focus for these events is to give festival-goers an experience they will never forget. As Rotella carries a massive social media following, he addresses his customers as “headliners.” Each consumer is compared to a major deejay who would “headline” the show. In this sense, he expresses a sense of equality and unity between all, as he wants to deliver the best experience for YOU. 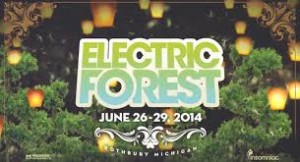 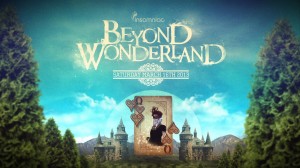 With over 100 000 followers on Twitter, and at least 145 000 followers on Instagram, Rotella’s influence through social media is massive. He personally reaches out to future festival attendees through social media, answering any questions they may have on behalf of himself and Insomniac events. This creates and growing bond with the customer and allows Rotella to have a more loyal following. 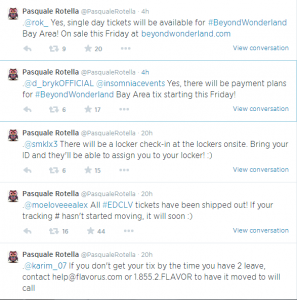 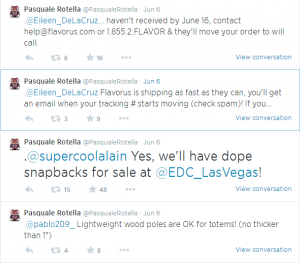 (Interview with Pasquale Rotella about a recent documentary Insomniac produced called ‘Under the Electric Sky’, he strongly mentions the importance of fans)

By staying connected through different social media platforms, Pasquale Rotella continues to engage customers in a highly transparent level. The idea of a CEO communicating with each customer individually creates a feeling of importance and recognition. This establishes the idea of trust between the consumer and company, allowing a stronger and longer bond to grow. As this is done through social media, other followers can have their questions and concerns answered without even having to inquire. This also creates an exponential growth of consumers.