With so much money spent in communication, organizations are looking for ways to make their investment pay off.  Lean advertising is an appealing concept but achieving it is easier said than done.  Do-it-yourself online videos could cost less to produce but only 3% of YouTube videos are watched more than 25,000 times.  Hence, how could a company replicate a success story such as the Blendtec’s series of videos?

Carmen Nobel in her article Advertising Symbiosis: The Key to Viral Videos indicates a video will likely go viral “if sharing an ad will somehow benefit the sender as much as it helps the advertiser.”  Citing research led by Thales S. Teixeira, successful viral advertising is effective in attracting and retaining attention, as well as in sharing and persuading.

The research showed that a combination of a quick element of surprise at the beginning of an ad, followed by a period of joy, renders most effective in attracting and retaining attention.  As for sharing, self-interest is the key element.  When an individual derives personal gain, such as improved reputation among peers, the likelihood of propagating a video increases.   Thus, an advertisement that makes both the brand and the viewer look good has better chances to become viral.  Texeira provides several examples of approaches to achieve this symbiosis:

Make the viewer the center of attention, as in the case of the Old Spice’s Twitter campaign, where viewers were encouraged to send requests, and received personalized responses from Old Spice’s spokesman in the form of short videos.

Offer the possibility to communicate one’s own values to others.  Dove’s self-image, and Evian’s “live young” campaigns are good examples of this approach. 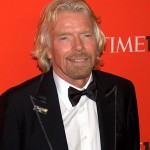 Provide privileged access to relevant content.  Virgin Atlantic provided such an access to members of its frequent-flyer program, who had the chance to be the first to watch and share the sneak peak of the new airline’s advertisement. 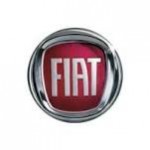 Allow people to show their pride of being a member of a group, as in the case of Fiat’s campaign in which a British mother raps about her daily life.

Let viewers boast their ability to find hidden gems.  The “Will it blend” campaign by Blendtec is a good example, which is also unusual in the sense of being a series of videos in which the product’s presence is permanent and prominent, a notable exception to the “brand pulsing” suggestion to achieve persuasion.  According to Teixeira, entertaining viewers without losing a connection to the brand, is best achieved when the brand is showed just enough for people to realize it is advertisement and not being turned off by it.

Lean advertising techniques include do-it-yourself content, crowd-sourced talent, and do-it-yourself distribution, but how feasible are these for small companies? Perhaps with the exception of Blendtec’s campaign, the rest of the examples in the article undoubtedly required a hefty investment to create and produce.

Would people get turned off by this kind of online communication as it becomes more apparent its commercial purposes?

Are sales the sole result of good advertisement?  Companies should remember that commercial communication is an important element but not the only one in their efforts to generate revenue.  Taking care the customer’s experience is a great one in all its touch-points is as necessary as effective advertisement.

How to profit from “Lean Advertising”

The New Science of Viral Ads

Submitted by: John Andrade – SMBP student University of Waterloo. To contact the author of this entry please email johnandrad@gmail.com