“Social media marketing (SMM) refers to the process of gaining website traffic or attention through social media sites. SMM programs usually center on efforts to create content that attracts attention and encourages readers to share it with their social networks.”

Everyone knows that SMM is the modern way to capture the attention of a large audience, but is it effective? Does it actually increase exposure? Does it reduce marketing expenses? Where is the proof?

The remainder of this post will look at the success of Boyce Avenue, an American rock band made up of three brothers who release original music and covers of popular and classic songs on YouTube, and how they have effectively utilized SMM to establish a world-wide fan base and independent label. 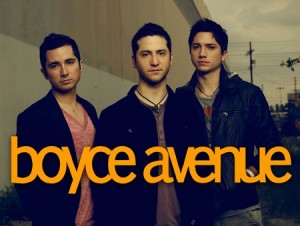 With over four million subscribers and one billion hits on YouTube, Boyce Avenue is the most viewed independent band on the globe. But how is this success possible without a chart-topper or single note of radio play?

In 2007, Boyce Avenue began posting covers and orignial music on YouTube. At this time, the video sharing website had only been operational for two years. Daniel, the oldest of the three members, says that “their individual skills and continued efforts to reach out to fans on YouTube led to their early success.”

In 2010, Boyce Avenue signed to Universal Republic Records, but this partnershiop was not long-lived. With Universal they were no longer allowed to post as many videos to their YouTube page, one of their biggest avenues for international success. By 2011, the band reverted back to their self-managed label, 3 Peace Records.

“When we went back to the fans and went back to the basics everything flourished,” Daniel explains. “Ever since then we’ve never looked back. We are very happy as an independent band and we really believe in social media and the power of the people.”

Boyce Avenue is widley recognizied for cover-collaborations. Some of the bands they have recorded with include: Savannah Outen, Beatrice Miller, Fifth Harmony, Tiffany Alvord, Megan and Liz, Tyler Ward and Alex Goot.

The band is also promoting tours and drive back to their YouTube videos through other social media platforms such as Twitter, with 455,366 followers, and Facebook, with 2,010,382 fans.

An article titled, “Social Media + Targeted Marketing = The World’s Biggest Cover Band,” gives the band credit for their ability to capitvate a world-wide audience and looks to the following three factors for this success:

“Boyce Avenue are real social media marketing stars that show the way to create and market content to an ever growing audience and then turn that into a revenue generation business while building your brand socially with minimal marketing costs, all at the same time.”

With over one billion views and 4 million subscribers, it may be safe to say “RIP record deal!”

-When using SMM do not follow traditional marketing rules. These are innovative times and reaching your audience should be done in a creative manner!

-If done correctly, SMM can increase your audience, get your message heard, and reduce traditional marketing costs!