“Over a billion users have a Facebook account, and hundreds of millions of people use Twitter. We’re becoming a digital society. That’s where the consumer is communicating, not only with each other, but with businesses.”

Most businesses today recognize social media trends and are making an effort to participate in a manner that promotes customer engagement. To establish a social media presence and engage an audience is no doubt a smart business move, but it must be well thought-out in order to be effective and achieve the desired results.

An article from Brian Rogers, “6 Social Media Customer Engagement Tips,” provides a few pointers for businesses entering the world of social media, which include; finding your customers, adding customers to your network(s), sharing great content, actively engaging customers, sticking with it, and not being spammy!

According to Rogers, it is not enough to share content with your audience, you also need to engage with them, which will develop customer loyalty and make them feel special. “Don’t just answer questions, try to ask some of your own and generate discussions.  Follow your customers and occasionally retweet something they post.  Monitor social media in general for any mentions of your business so you can respond.  If you follow these simple strategies you’ll have engaged customers.” 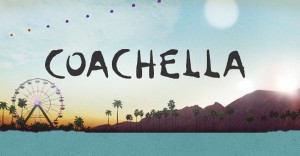 Coachella, an annual two-weekend music and arts festival held in Indio, California, exemplifies how, once feeling engaged, customers will be more inclined to spread the word and create hype before, during and after the event.

Since the festival began in 1999, attendance has radically increased. But without commercials, flyers, billboards, or any other evident types of advertisement, how is this festival raking in over 80,000 attendees for each of the six days held, and $47 million in ticket sales? Coachella can thank social media and their fans for this success.

“Social media is the easiest, fastest and most inexpensive way of sharing a message and getting an audience to participate. Creators of the music festival use platforms such as Twitter, Facebook and Instagram for little to almost no cost…On those same mediums fans give Coachella vast amounts of exposure that spreads like wildfire and with no economic cost.”

Images: “Graphs illustrating the attendance numbers for Coachella throughout the years (left) and the rise of social media (right).”

To engage with their audience, Coachella hones in on the customer experience. They request opinions and feedback and encourage the sharing of photos. “People who are excited about the event post pictures and statuses that reach an audience that has probably not heard of Coachella or is not as familiar with it. Thus, the possibility of gaining new attendees is increased with every share.” 3. In its entirety, this experience sharing is a modern-day form of advertising with a whole new level of reach opportunity. 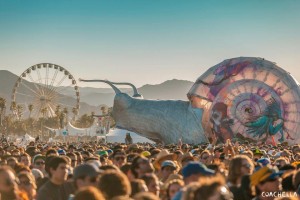 Shannon Johnson examines the reasons Coachella’s social media strategy has been so successful in the, 9 Event Marketing Lessons From Coachella’s Social Media Strategy, article and agrees that photo sharing has been one of Coachella’s leaders of success. “When you’re trying to sell an experience, photography is one of your greatest assets. Photos can capture moments that stimulate an immediate emotional response in the viewer. Photos are powerful.”

-Social media activity needs to extend beyond content sharing. Businesses should encourage customers to give feedback and share their experiences.

-Successful customer engagement can expose your business to larger audiences.

-Engaged customers are more likely to post and share experiences with your business. This is a new from of (FREE) advertisement where the reach opportunity is immeasurable.