In 2011, TV programs started including hashtags throughout to capture the viewer’s attention in a new way, encouraging viewers to engage in what they refer to as Second Screen watching – watching on TV and following along on social media, viewers experience a heightened level of engagement, both on  TV, and on a secondary screen (smart phone or mobile device).

A hashtag first appeared during Comedy Central’s Roast of Donald Trump, or #trumproast. This drove 25,000 tweets during the initial broadcast of the show, and sent Comedy Central’s web user stats through the roof. Since then, many shows have begun to hashtag themselves, like #glee and #xfactor. 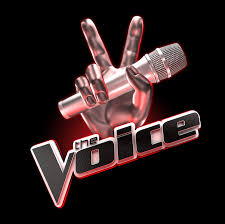 One of the most popular examples of  the hashtagged TV shows is NBC’s The Voice. Blake Shelton and Adam Lavine are teaming up for the fifth season of The Voice, and between the two celebrity judges, they have a combined total of 8,836,797. The two have been famous for having TV’s silliest “Bromance”, both on screen, and especially through social media.

If @blakeshelton had wound up being vaguely athletic, he mighta looked exactly like this dude. pic.twitter.com/WMDWUa4Mxh

In the fourth season of The Voice, the two of the other celebrity guests took a break from the show, and were replaced with two household names – Usher and Shakira, who brought in an astounding 31,068,366 more Twitter followers into the immediate impression network. The move catapulted The Voice into the TVs and mobile devices of an estimated 20 million + viewers from Latin America, breaking the show into new heights of success.

This type of engagement is perfect for today’s viewing audience, who enjoy multitasking, and having their favorite shows available on demand. The beauty of this type of social media usage is that it engages in a number of ways:

This type of user engagement offers benefits to other promoters, too. During one season premiere of The Voice, Victoria’s Secret grabbed some ad space, and offered up some hashtags, as well. In hashtagging #thevoice in their tweet, they grabbed some of the spotlight, knowing that viewers already had their mobile devices in hand – a captive audience.

Lessons for others
Viewers are going to multi-task while watching TV, and like to join in on the on-screen conversation. Why not play on this, and keep them engaged in your TV show wiht social media?

Submitted by: Amanda Houseman – SMBP Student, University of Waterloo.
To contact the author of this blog post, please email housemanamanda@gmail.com