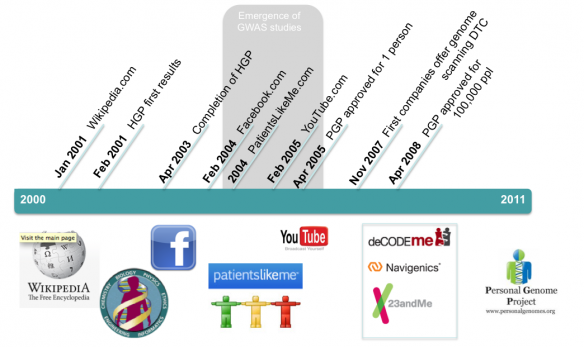 With the amalgamation of Social Media into general marketing strategies, ‘Being Social’ is no longer seen as an option but rather a requirement in the business world. The most trusted form of marketing has for decades been word of mouth and social media offers this on a number of platforms for businesses to readily engage.

A study performed by McKinsey & Company last year, revealed that there is $1.3 trillion in untapped value to be gained by businesses through the use of social technologies. They found that businesses should use Social Media to enable better collaboration and communication within their organizations, as it was evident that only 3% of enterprises are currently doing this on a large scale.

As people’s perceptions of social media change, it is no longer viewed as just networking rather it is seen as building a brand. Starr Knight in her article on The Future of Social Media notes that,

Despite Facebook declining, it seems social media overall, will continue to rise. Social Media usage is up 38% over the previous year and is likely to increase to around 50% by the end of 2013. The increase in social activity is mostly down to smartphone users and we all know the mobile market is booming.

Over the past decade Social media has brought about huge changes to the world of business, going from a simple broadcast platform, to a highly sophisticated network of connections. It would appear that the Future of Social Media is guaranteed, the direction it will take is anybody’s guess and will be largely dictated by demand.

Ms Knight when looking at the future of Social Media noted the following 3 considerations:

Therefore, it would appear that the future of Social Media is in the hands of its users.

To contact the author of this entry please email at: cjmurphy@uwaterloo.ca