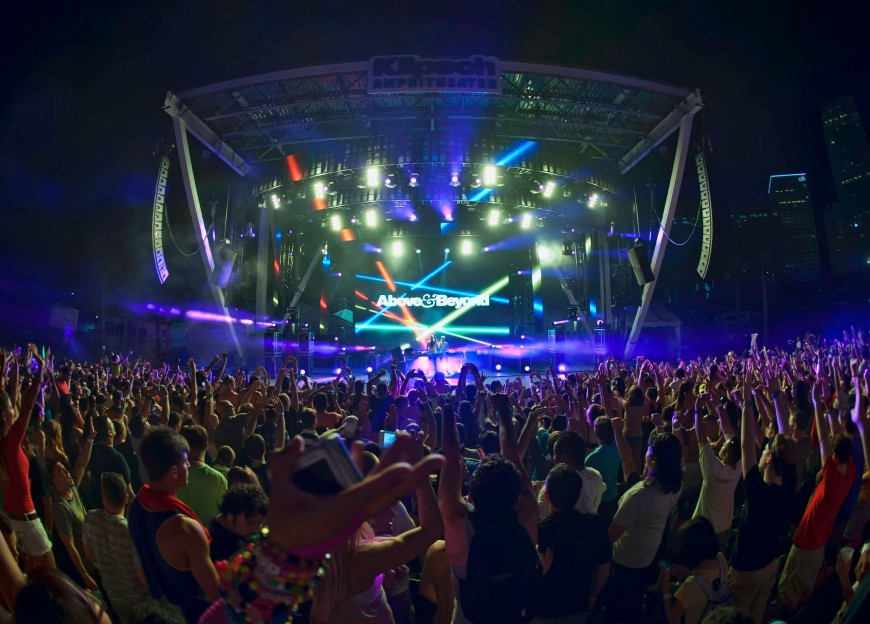 Late last year, the super trance trio of Above & Beyond announced their radio show Trance Around the World was coming to an end.   The result was panic across the digital world about why they would quit.  Were they breaking up?  Were they going to become dubstep producers? What would people do on Friday afternoon while they were suppose to be working and not dreaming of the weekend?   Well, none of the above was true, the group decided to play off their latest album and tour and change the name to “Group Therapy” and market the show a little differently in the new social landscape.

But what also became the heart of the change was its social media.  Launching Google+ Hangouts, a new twitter hashtag #ABGT and re-branding its website, Jonathan Grant, Tony McGuinness, and Paavo Siljamäki (Plus the entire marketing team behind them) created a massive movement to connect all their fans to each other and use it as a positive community of support and discussion.  This means more and more people using, posting and interacting on social media, which in turn means a much larger marketing network and opportunities. 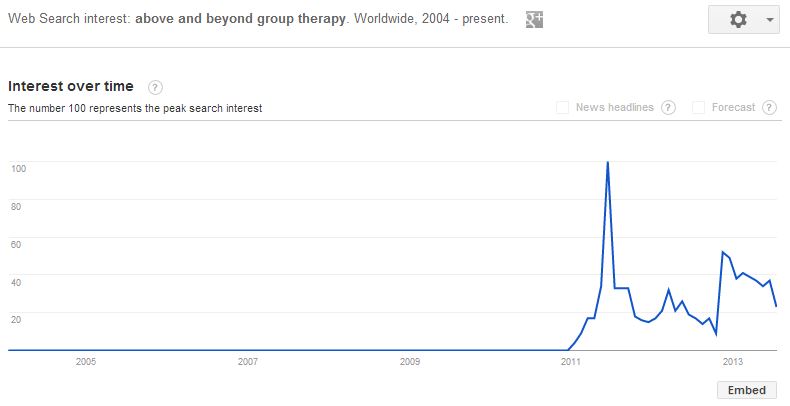 This followed by the use of the abgt #hashtag at the end of 2012 when it was introduced as part of the new radio show name. 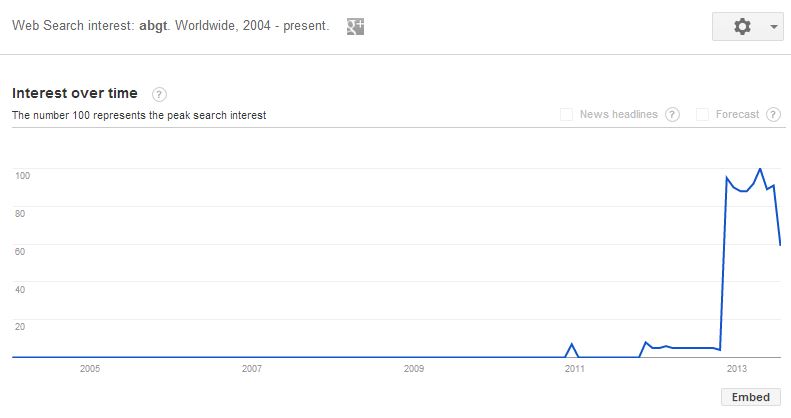 As a result of the re-branding and launch, the group now can use its social media to market its events and crowd source.   The two tweets below encourage its fans and followers to not only become hyped about events, but show that if they join in, they can become a part of Above and Beyond.  Using their Twitter hashtags, Facebook wall and Google+ Hangout, listeners of the syndicated radio show can give shout outs to friends, thank the group for past experiences and make announcements which allows the show hosts to promote their own upcoming events, music releases and competitions through other people. 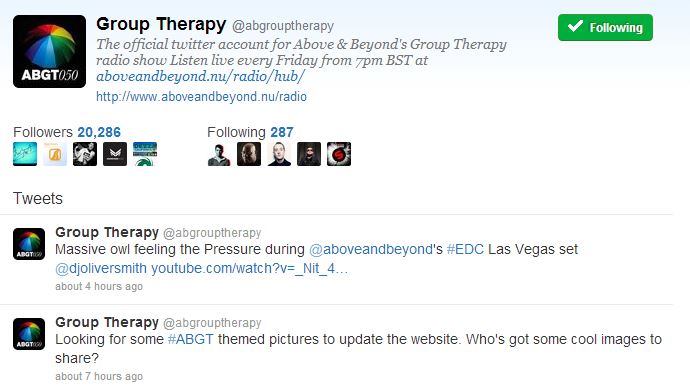 The group even used its social media pages to encourage those who attended the group therapy tour to submit footage of their experiences and converted them into a song that was released for free.

To contact the author of this entry please email barry@infinitesm.com.