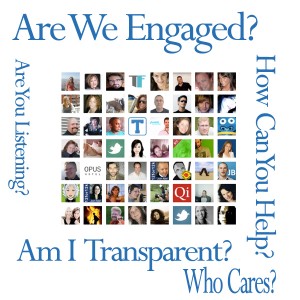 Customer engagement via social media platforms is typically measured by likes, comments and shares.  As a result many companies have focused their social media efforts solely on attracting as many new fans as possible with the hope of converting fans into sales. 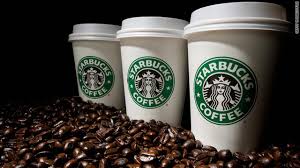 Starbucks however is different.  Starbucks  has focused it’s social media efforts on building relationships with its customers.

“We want to create a connection with our customers that’s not based only on trying to ring the register”  said Starbucks CEO Howard Schultz.

How does Starbucks go about building customer relationships?

1. It cultivates its most loyal fans or “super influencers” who share the most widely, by treating  fans to special deals. Last Fall Starbucks ran a promotion where fans competed to have their city receive the first pumpkin spice latte . Fans were encouraged to share on Facebook and Twitter with daily & creative challenges including word searches, general trivia; pumpkin poetry, chalkboard art and scrapbooking. This focus on current relationships rather than  solely focusing on attracting new customers,  ensures Starbucks has more fans/followers in the long run and continued brand advocates.

2. It encourages sharing : Loyal fans are eager to share experiences with their friends through social sites as Pinterest and Instagram. Sharing is also promoted through My Starbucks Idea which encourages fans to share ideas and voice their opinions on posts. These collaborative experiences keep fans engaged and give Starbucks unlimited opportunities to strengthen ties with their customers. Sharing also spreads the goodwill and increases the likelihood that posts will appear more widely. 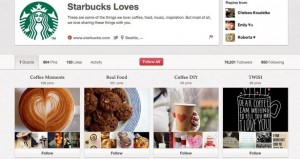 3. It offers a customized experience and taste specifically chosen by the customer. Examples include personalized signature drinks and  My Starbucks Rewards program which is about to expand to enable customers to earn rewards for Starbucks  grocery store purchases which can be redeemed later in Starbucks retail stores.

4. It is community minded and current with the causes it supports : Whether encouraging volunterism to help clean up local communities or collecting donations to help tornado victims in Oklahoma, Starbucks gives consumers a charitable reason to buy their product that is beneficial for all.

Social media stats with over 34.5 million Facebook fans and over 3.8million Twitter followers, Starbucks continues to be one of the top 5 most “liked” and most “followed” consumer brands.

Engaging customers is about much more than just generating likes on a Facebook page. You need to make genuine connections with them, build relationships by listening to their suggestions and concerns and reward them for their loyalty. Starbucks shows building relationships has its perks.