With the US Presidential election fast approaching, there has been an increase in social media tools and metrics being used along side political polls and pundits to predict who will be the next President of the United States. The use of social media to predict the election results is such a hot topic that it was even part of Seth Myers “Weekend Update” on this weekend’s Saturday Night Live. With so many new tools available and a lack of historical data to pull from, how accurate is using social media metrics to predict the results of an election?

Social media tools like TweetCast, Prez-o-meter, Facebook-CNN Election Insights and Radian6 are pretty straightforward. They use algorithms that quickly analyze the key words used in Tweets or on Facebook to make a probability-based prediction on how voters are going to vote on November 6th and/or pull top level information like reach, number tweets and hash tags.

Prez-o-meter compares around “150,000” words from speeches by U.S. President Barack Obama and Republican presidential candidate Mitt Romney and one’s tweets to determine someone’s level of support for each candidate.

TweetCast is the result of a computer science and journalism project out of Northwestern University. TweetCast is different in that it compares tweets to those of 5,000 voters who have already declared which presidential candidate they will select on November 6.

Facebook-CNN Election Insights is a tool that displays the real-time number of people talking about President Barack Obama, Vice President Joe Biden, Republican presidential nominee Mitt Romney and his vice presidential pick Rep. Paul Ryan. The tool displays dynamic, real-time charts and visualizations using Facebook Insights to gauge the volume of Facebook activity surrounding the election and candidates. CNN will use the tool, which also allows people to view data by geography and demography, during their coverage of the presidential election. 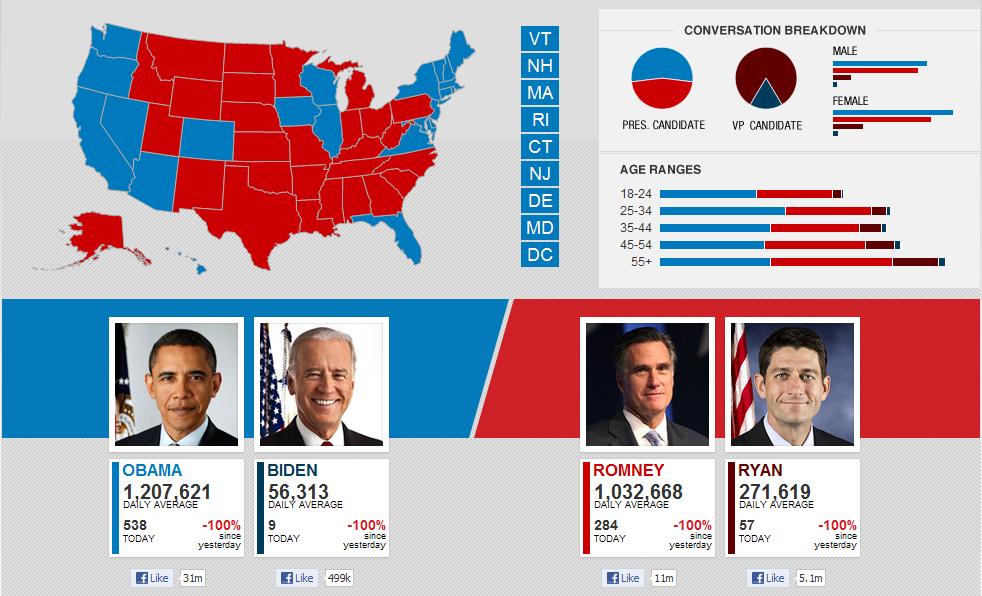 Radian6 recently launched a real-time presidential election infographic powered by the social media listening capabilities of the Salesforce Marketing Cloud. The infographic shows the share of conversation generated by the two candidates as well as which topics are generating the most mentions across the internet. The infographic also provides the total volume of election conversation, top hashtags, as well as the top influencers of the day.

Social media provides real-time feedback on debates and issues much faster than waiting for traditional polling. Candidates can immediately receive feedback from social media comments and adjust their messages accordingly. Campaigns that closely monitor Twitter could also have a better feel of voter sentiment.

However, social-analytics experts say applying complex algorithms to Twitter data, blogs, Facebook, online news and other media, is far from perfect when it comes to predicting politics. “Algorithms are research in progress,” says Michael Wu, principal scientist of analytics for Lithium. “Sarcasm … there’s no way to actually detect that.”

Mashable writer Fran Berkman tested both TweetCast and Prez-o-meter and found that according to Prez-o-meter, Fran favored Obama by 70%; but when Fran inputted the president’s own Twitter handle, @BarackObama, into the meter, it said Obama only favors himself by 65%. Shouldn’t Barack Obama favor himself 100%?  Fran also found that TweetCast contradicted Prez-o-meter’s diagnosis, and predicted that Fran would vote for Romney.

These predicting tools are still new and have little historical data to pull from to determine their accuracy. Many of these tools only pull from one source whether it is Twitter, Facebook, Google+ or YouTube. Analyzing social media data can be extremely useful for the candidates, however, it is important to question the metrics before taking the results at face value.

Inflated Reach: Twitter followers and Facebook fans can be bought.  Since fans and followers can be bought, these numbers tend to not tell us much at all other than which candidate is best at getting Facebook fans or Twitter followers. Obama had a strong Twitter and Facebook following from the previous election 4 years ago, which grew since he was elected. Mitt Romney started from scratch and as a result may have seen a faster growth rate than Obama this election but fewer fans overall.

Activity versus Sentiment: “Tweets per minute” or “Mentions” are only a measure of activity and buzz. They don’t tell us how many of those tweets were positive or how many were negative. Analyzing language is a complex challenge and sentiment is hard to measure not to mention sarcasm. The differences between the two candidates aren’t always clear cut; they often talk about the same topics or use similar phrases. It is also hard to analyze slang. For example, a tweet that says “Obama’s speech was sick” could be interpreted as negative vs. positive in sentiment.

Demographics: TweetCast and Prez-o-meter only use tweets to make their predictions; Facebook-CNN Insights only uses Facebook conversations. Social media in general has higher demographics between the ages of 18-54 years. Leaving voters over the age of 65 largely unrepresented, and therefore left out of social media predictions entirely. 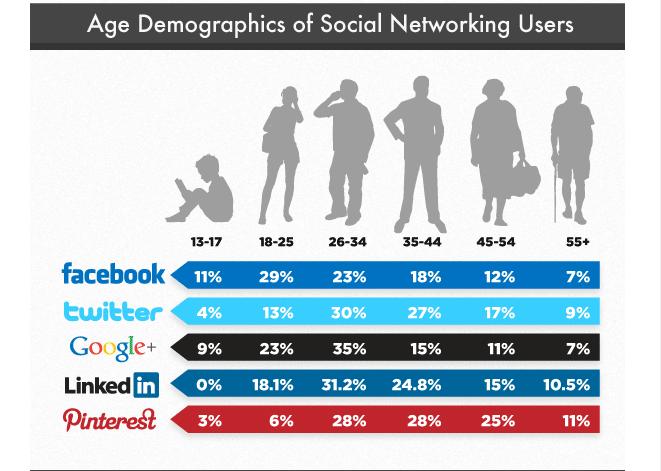 Anonymity and Influencer– Social media is allowing average people to drive conversations; any witty or creative person can post something and make a message go viral. During the first presidential debate, Mitt Romney made a comment about Big Bird. His comments went viral and created a spike in traffic which could be interpreted as an increase in buzz for the Republican campaign, but was likely more negative or sarcastic in nature (i.e. Romney hates Big Bird). This weekends SNL “Weekend Update” also made a good point when “Social media expert” Kourtney Barnes showed up on “Weekend Update” and stated “That’s the beauty of social media — everyone’s opinion is equal.” She then compared a statement made by David Brooks of The New York Times to the equally profound political statement, “Obama = poop” by a Facebook user.

Engagement: Social Media in campaigns is more about discussing things that have happened versus driving dialogue about policies with voters.  There is a lot of distribution of information and sharing, but is it not driving new opinions or increasing the electorates’ knowledge of the issues.

As social sites continue to grow and they have more election research to pull into their tools they will get more accurate over time. It is important that voters evaluate the use of social media metrics as an alternative to polling before they give the results too much credit.  We will have to wait until tomorrow to see which candidate has a better strategy around Social and which social media metrics tool was the most accurate with their predictions.

Submitted by : Kiyomi Rutledge, SMBP Student University of Waterloo
To contact the author of this entry please email kiyomi.rutledge@gmail.com