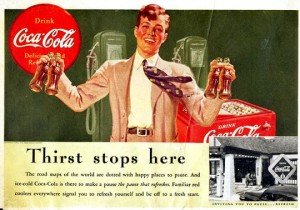 Recently, Coca-Cola became the first retail brand to cross 50 million likes on Facebook. That’s impressive. What is even more impressive though, is their social media strategy for the next decade. Having taken the social media world head on, Coca-Cola has redefined how to interact with their consumers. Coca-Cola’s mission statement is to refresh the world, inspire moments of happiness and create value for its customers. They evolved these goals into using social media to create content that is relevant to its consumer-base. This shifts their focus from “Creative Excellence” to “Content Excellence”. 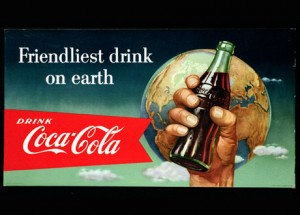 Coca-Cola’s aim is to create ideas that are so powerful they flow through the net as “liquid content”. They do so by focusing on making content that the average social media user feel has to be shared. Furthermore, the content is always very strongly connected to Coca-Cola’s business objectives, consumer interests and the brand itself. Interaction is key and Coca-Cola feels it is important to not just listen to what their consumers want but to actually converse with them. The goal is to create conversations with their consumers throughout the year as the consumers create more stories and ideas than Coca-Cola could by themselves. Coca-Cola refers to this as a shift from “One Way Story Telling” to “Dynamic Story Telling” across many social media platforms and hope this will create deeper emotional connections with the brand.

Perhaps the biggest reason for Coca-Cola’s success in social media is their application of a 70/20/10 investment principle to their content creating strategy. 70% of the content created is low risk marketing, which consumes half their time. 20% is feeding off ideas that already work and rebranding and reinventing them to see what can be achieved. The final 10% is high risk content marketing. If these high risk ideas pay off, they can be adopted in the 70% or 20% sections in the future but there is always a chance it will not work.

Battle of the Bubbles: Coca-Cola vs. Pepsi

To contact the author of this entry please email faisal.ahsan@hotmail.com