You remember, don’t you? The emails magically appeared while you weren’t looking. That blinking light turned us into addicts. And that keyboard — copied often, but never matched.

It was the BlackBerry, the glorious, beloved, and life-changing BlackBerry. It made us feel good, and it never let us down.

Long before the iPhone the took the world by storm, and before Google even dreamed about getting into the phone business, Research in Motion was on top of the consumer electronics mountain.

Today, sadly, it is buried under it, and industry insiders everywhere wonder whether RIM will survive. 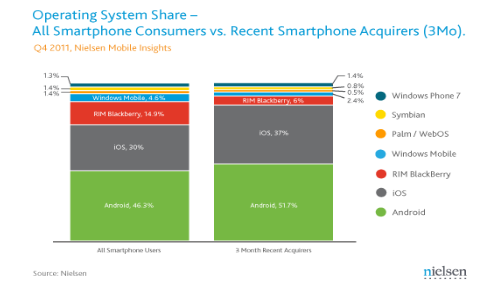 What happened? Harmful strategy. Unforced errors. And, mostly, really bad marketing. On this, RIM is in good company in the consumer electronics industry, where so many manufacturers market poorly. But few have made so many marketing mistakes so quickly.

Consumer electronics success begins with excellent products. The BlackBerry was once perceived as the very best smartphone — or, at least, “emailing phone” — available. It was exciting, emotional and it made people feel good. RIM sold BlackBerries on the strength of word-of-mouth recommendations. BlackBerries were aspirational, and people wanted to own one because friends and colleagues were so passionate about them.

Consider the excitement and energy around the iPhone and all those Android handsets. RIM enjoys none of that today. Not one percent of it. In part, it’s because it stopped making good smartphones in favor of a poorly received tablet called the PlayBook.

Successful marketing begins with having a tremendous product or service to market. Nothing happens without this.

2. Build on Strengths Instead of Improving on Weaknesses

I’m constantly telling clients that they should build on strengths instead of trying to improve their weak areas. For RIM, the BlackBerry was a great strength, and they all but abandoned its development and marketing for a year or longer to create the tablet. RIM did this to try to prevent the world from passing it by in the tablet space — which it did anyway. Tragically, as a result of diverting talent, attention, resources, investment and innovation from the BlackBerry to the Playbook, the consumer smartphone world has also passed RIM by.

It doesn’t matter what business you’re in. If you focus on developing weaknesses, your strengths will atrophy due to neglect. If you want to market well, identify your strengths — products, services, techniques, approaches, relationships — and exploit them relentlessly. This technique overcomes nearly all weaknesses.

If you’ve attained a measure of success, you must continue innovating your products, services and your marketing just to maintain your position. Because you can bet the competition is innovating aggressively, and they’ll pass you by in three seconds if you stop doing the things that brought you success. RIM not only stopped releasing new BlackBerries while focusing on its PlayBook, it basically stopped talking to its customers about them for an extended period. We’ve seen this story before with Palm and many others. Gravity pushes backwards in business. Consistent and aggressive innovation is required not only to attain success, but to maintain it.

4. Know Precisely Who Your Customer Is

RIM’s management famously disagreed on who their customer was. Then co-CEO Mike Lazaridis felt the customer was the corporation. Others, probably including his counterpart Jim Balsillie, wanted to aim BlackBerry products at consumers. If you don’t know exactly who your customer is, it is impossible to market. Language, messaging, platforms, branding and public relations change completely depending on the customers you target. So identify your customers as precisely as possible, and aim all of your marketing efforts at them.

Consider the most successful companies in consumer electronics (and two of the most successful companies in all of business): Apple and Amazon. Their chief executives set their marketing tone, and everyone follows. If you haven’t seen it yet, watch this YouTube video of Steve Jobs introducing the iPad, and listen to how everybody who followed him on stage used exactly the same words.

This is no accident. The next day, thousands of articles used the same words to describe the amazing, remarkable and awesome iPad. Amazon’s Bezos is the same way. The best marketers have high-level executives setting the tone. They not only teach the rest of the company how to talk about their products and services, but the customers, the media, and the market itself. Obviously, RIM’s co-CEOs did not set this tone. They couldn’t even agree on who the customer was.

Most marketing problems are self-made and entirely avoidable. Consider the major developments from RIM’s recent past:
It voluntarily stopped focusing on the BlackBerry to make a product it had no experience with.
It could not identify its customer.
It stopped marketing to consumers, allowing competition to roar past.

Not convinced? Consider Netflix’s recently concluded horrible-terrible-no-good-very-bad year:
A dramatic price increase.
An extended period with no action to placate angry consumers.
Spinning off something called Qwikster and then spinning it back in.
A remarkably poor response to it all by the CEO, Reed Hastings.

None of these things happened to these companies. They did it to themselves. Don’t try to outsmart yourself. Avoid unforced errors.

7. Keep Talking to Your Customers

My work with clients often involves conducting qualitative conversations with their customers to deeply understand how they feel about what the company is doing and what the company is thinking about doing. If RIM had talked to its customers like this, it would have quickly learned that they probably weren’t particularly interested in a BlackBerry tablet without built-in email, messaging or contacts!

If you’re not talking to your customers, you’re just guessing from a conference room.

I believe RIM has enough of a corporate and government customer base to sustain it through this most difficult period. To recover, the company must precisely identify its customer, make terrific products for it, and orient all of its marketing and messaging toward it. In the meantime, we can all learn from the mistakes that brought the BlackBerry maker to this point.

You remember the Blackberry, don’t you?